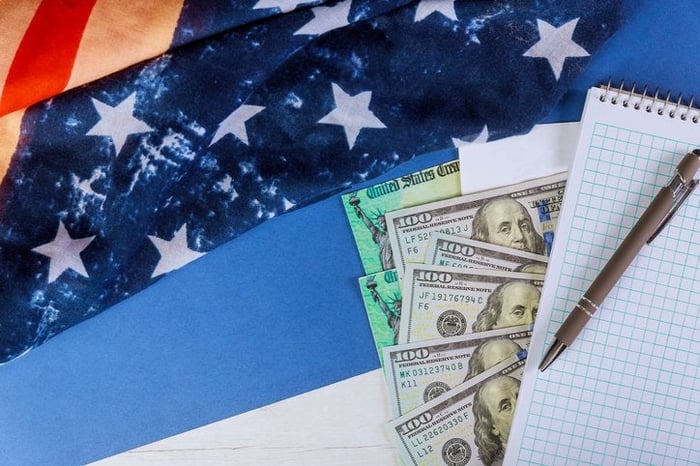 For months, lawmakers have haggled over a stimulus package to follow the CARES Act, passed into law in late March to provide coronavirus relief. But stimulus talks stalled out before the election, and haven't picked up a lot of steam since, leaving countless Americans to worry about their finances -- especially those banking on a second stimulus check to follow the $1,200 payments sent earlier in the year.

On Dec. 1, however, a bipartisan group of lawmakers announced a new proposal that could revive stimulus talks and bring the public closer to relief. Here's what it includes.

$160 billion in state and local aid

When businesses struggle or close, it doesn't just batter local economies; it means states see a serious decline in revenue that impacts their ability to meet fiscal obligations. This new stimulus proposal includes funding for states so they can dig out of that situation, while ensuring they have the money to roll out an effective coronavirus vaccine distribution plan once the FDA gives the go-ahead.

Thousands of small businesses have permanently closed their doors in the pandemic, while others teeter on the verge of ruin. This new proposal includes funding for the Paycheck Protection Program, which allows small businesses to receive forgivable loans for payroll and other operating expenses.

A frightening number of Americans risk finding themselves on the street once eviction moratoriums are lifted. This new stimulus deal includes a substantial chunk of money for rental assistance to help avert a homelessness crisis.

What's missing from the new bill?

Surprisingly, a second direct stimulus payment is not included in this new bipartisan proposal, even though a second round of $1,200 checks was one issue Republicans and Democrats agreed upon. So why didn't it make it in this time around? The answer boils down to cost.

The price tag attached to a relief bill has been a big sticking point in past negotiations. Democrats have made it clear they want to go big, while Republicans have made it equally clear they'd rather keep costs to a minimum. Excluding direct stimulus checks achieves this goal -- but it also leaves countless Americans in the lurch. Many have exhausted their savings and are counting on a windfall to get through the pandemic, so losing a second payment is a blow.

Will this new proposal pass?

Maybe, but it's too soon to know. Clearly, lawmakers have struggled to come to terms on an agreement, and they may drag their feet this time around, too. Still, the public should find comfort in the fact that some people in positions of power are trying to push a stimulus deal through -- even if it's not the package most people are hoping for.