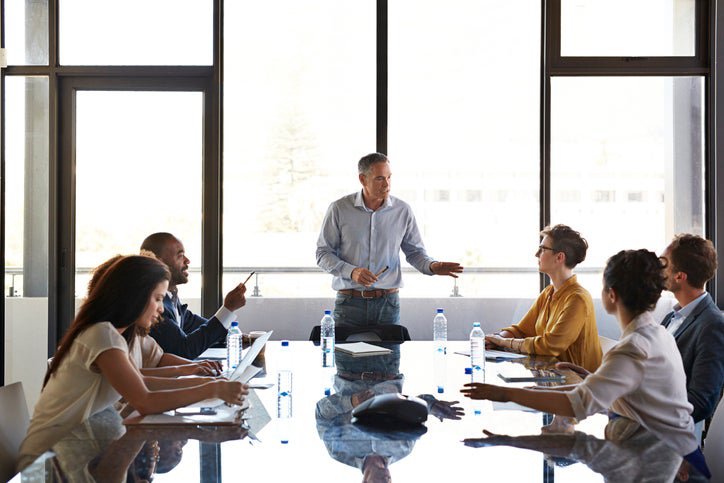 Cryptocurrency pioneer lays down the gauntlet to Dogecoin fans.

Barry Silbert, founder and CEO of Digital Currency Group, risked the ire of legions of Dogecoin enthusiasts when he announced his company had shorted Dogecoin. Short selling stocks is a way for an investor to profit when an asset decreases in value.

On May 8, he announced short selling Dogecoin on Twitter and advised Dogecoin holders to move their assets into Bitcoin (BTC). "Okay $DOGE peeps, it's been fun. Welcome to crypto! But the time has come for you to convert your DOGE to BTC."

Rather than heeding his advice, many Dogecoin devotees, who call themselves Shibes, took Silbert's next message as a challenge. He tweeted, "And to make it interesting, if $DOGE hits $1 by May 31st, we'll donate $1 million to a charitable cause selected by the Dogecoin community."

In response, Shibes posted a flurry of memes on social media saying they would do the exact opposite -- and sell Bitcoin to buy Dogecoin. Many Shibes are vocal on Reddit forums about their belief that if enough people buy and hold the coin, they will push its value up and everyone will get rich.

As such, several Redditers angrily blamed Silbert for Dogecoin's dip. Others were determined to take the coin's price over $1. One post stated: "So wall street (Silbert) wants to short 'the people's currency.' Not in this Doge house! I'm gonna keep buying that dip and I'll see you over $1."

Why did Silbert short Dogecoin?

Simply put, Silbert shorted Dogecoin because he believes the price will fall. Dogecoin has astounded the investment community with a jump of over 900% since the start of the year.

The coin was created as a joke in 2013. Its founders used a popular meme of a Shiba Inu dog to poke fun at the way people bought into coins they don't understand. Both founders stepped away from the project in 2015, unhappy about the direction their creation had taken. Since then, the fun nature of the coin has attracted a loyal community, and its low price has made it an entry point for new crypto investors.

Those investors have found an unlikely hero in Tesla CEO Elon Musk -- who has also dubbed himself the Dogefather. Musk's tweets have repeatedly pushed Dogecoin's price higher this year. The currency's weekend high was largely due to speculation that Musk might hype Dogecoin on Saturday Night Live.

However, the price fell during the show. Loyal Shibes blame Silbert, but it is more likely there were many factors at play, including the pre-show hype. The coin's rise to fame had people betting on the jump days before the show.

Musk did deliver the anticipated Dogecoin mentions. He even said he'd bought Dogecoin as a Mother's Day gift. In one sketch, he also tried to explain cryptocurrencies -- and Doge in particular -- to SNL cast member Michael Che.

Saturday night's fall is a good reminder to invest with caution. Cryptocurrency can be a great way to diversify your investment portfolio, but only if your emergency savings and retirement contributions are already in good shape.

The huge price jumps we've seen this year can be extremely tempting, but be aware that they may be mirrored by equally huge price drops. Cryptocurrency is a highly volatile investment, and it's not advisable to invest money you can't afford to lose.

Volatility is not the only risk. This is a relatively new and unregulated industry, which means you need to do your due diligence at every step of the way. Make sure you buy from a reputable cryptocurrency exchange or brokerage to minimize the risk of getting hacked or scammed.

Also, take some time to research any coin you might buy. Look at the management team and what problem the currency is trying to solve. The blockchain technology behind digital currencies has the potential to change a number of industries. But it's not yet clear which -- if any -- of the thousands of cryptocurrencies we can buy today will actually deliver those changes.

Ally is an advertising partner of The Ascent, a Motley Fool company. The Motley Fool owns shares of and recommends Bitcoin, Tesla, and Visa. The Motley Fool has a disclosure policy.
Many or all of the products here are from our partners that pay us a commission. It’s how we make money. But our editorial integrity ensures our experts’ opinions aren’t influenced by compensation. Terms may apply to offers listed on this page.