Are Americans getting smarter about credit card use? These signs point to yes.

While this is all true, we've also got some good news when it comes to the way Americans are managing their credit cards. In fact, lots of recent research conducted by The Ascent shows there's plenty to be positive about when looking at the way we're using our plastic. 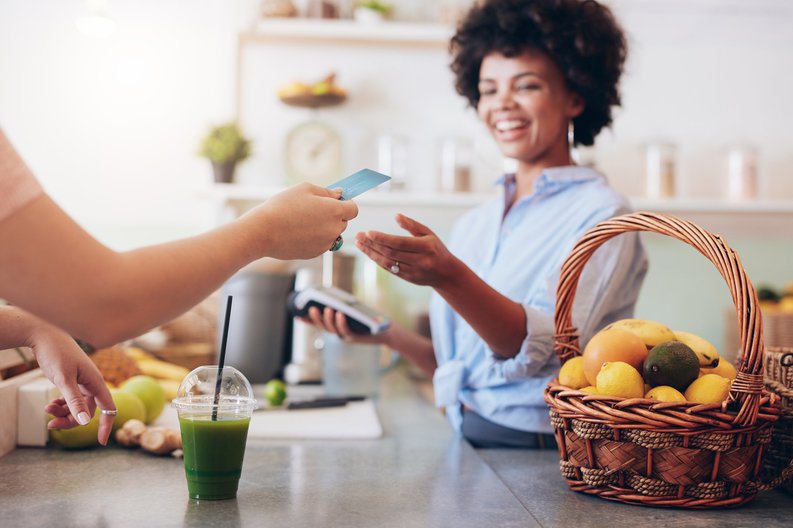 1. Almost 65% of Americans use credit cards as a credit-building tool

One of the single most positive signs that Americans are being smarter about their credit cards is the fact that most Americans get cards for a very good reason.

According to The Ascent's study on credit card preferences 64.4% of people using credit cards cite building a credit history as a reason for owning their card. This is more than the number of people who use cards to manage their cash flow, make purchases they otherwise couldn't afford, or even earn rewards.

Building credit is a great reason to get a card! Credit scores are extremely important to your financial future and affect all sorts of things, from whether you can borrow for a home to how large of a deposit your utility company requires.

Credit cards help you develop a positive payment history, and when used correctly, you'll also have a low credit utilization ratio. Both payment history and credit utilization are key components of your credit score. If Americans are getting credit cards in order to improve their score, they'll hopefully make sure to pay on time and keep balances low so they can actually achieve the credit-building benefits that cards can provide.

2. The majority of Americans recognize the key dangers of credit card debt

That same survey by The Ascent revealed some other good news about how Americans view credit cards: Most of us know how dangerous they can be.

In fact, when asked about the consequences of credit, nearly 67% of survey respondents expressed concern about high credit card interest rates, and almost 65% said they worried about the risk of ending up in debt.

Awareness of these risks should hopefully help cardholders make responsible choices about how they're using their cards.

The Ascent conducted another recent study as well, this one on when the average American gets their first credit card. This research, too, showed that many Americans are doing pretty well when it comes to managing credit. In fact, it showed survey respondents had an average credit score of 700.

While a score of 740 is generally required for your credit to be considered very good, 700 is a respectable score that will still qualify you for most loans at competitive rates.

4. 58% of people with credit card debt are making more than the minimum payment

Another positive sign when it comes to credit card debt: Even those who are in debt are taking action.

In fact, The Ascent's research on the psychological cost of debt revealed that 58% of people with outstanding credit card debt pay more than the minimum due on their accounts. This was more than double the percentage of people making minimum payments on personal loans, auto loans, or mortgage loans.

Paying only the minimums on credit cards could leave you indebted for decades and cost you a fortune in interest. Sending in extra money, on the other hand, allows you to pay down your principal balance faster and save more money on payments.

The fact that the majority of Americans are paying extra to their creditors also shows that we want to get out of debt and are taking concrete steps to do so.

5. Close to half of all Americans have never maxed out a credit card

It's not great news that close to 52% of respondents to The Ascent's survey on credit card preferences admitted to maxing out their credit cards. But, this does mean that almost half of Americans haven't ever made this big mistake.

Maxing out a card hurts your credit utilization ratio. Borrowing so much can also make it harder to pay back your debt when the bill comes. And of course, if you don't repay what you owe, you'll end up owing interest on a large amount of borrowed money.

The 48% of Americans who've never maxed out a card don't have to worry about these downsides of charging up to their credit limit.

6. 38% of people with credit card debt have used a balance transfer to consolidate it

Our study on credit card preferences also showed Americans are pretty smart about debt payoff techniques. The study revealed that 38% of Americans have consolidated credit card debt using a balance transfer credit card. This means almost four in 10 people are taking advanced steps to lower the costs of what they owe.

Using balance transfers can be a great tool to pay off debt more quickly and easily, and it's great news that millions of Americans are doing it.

As you can see, things could still get better. Obviously, it would be ideal if 100% of people paid more than the minimum due, carried a card primarily to build credit, never maxed out their cards, and used balance transfers when necessary to pay off debt faster. But the fact that so many Americans are making these responsible choices provides reason to hope that millions of people can conquer credit card debt problems for good.