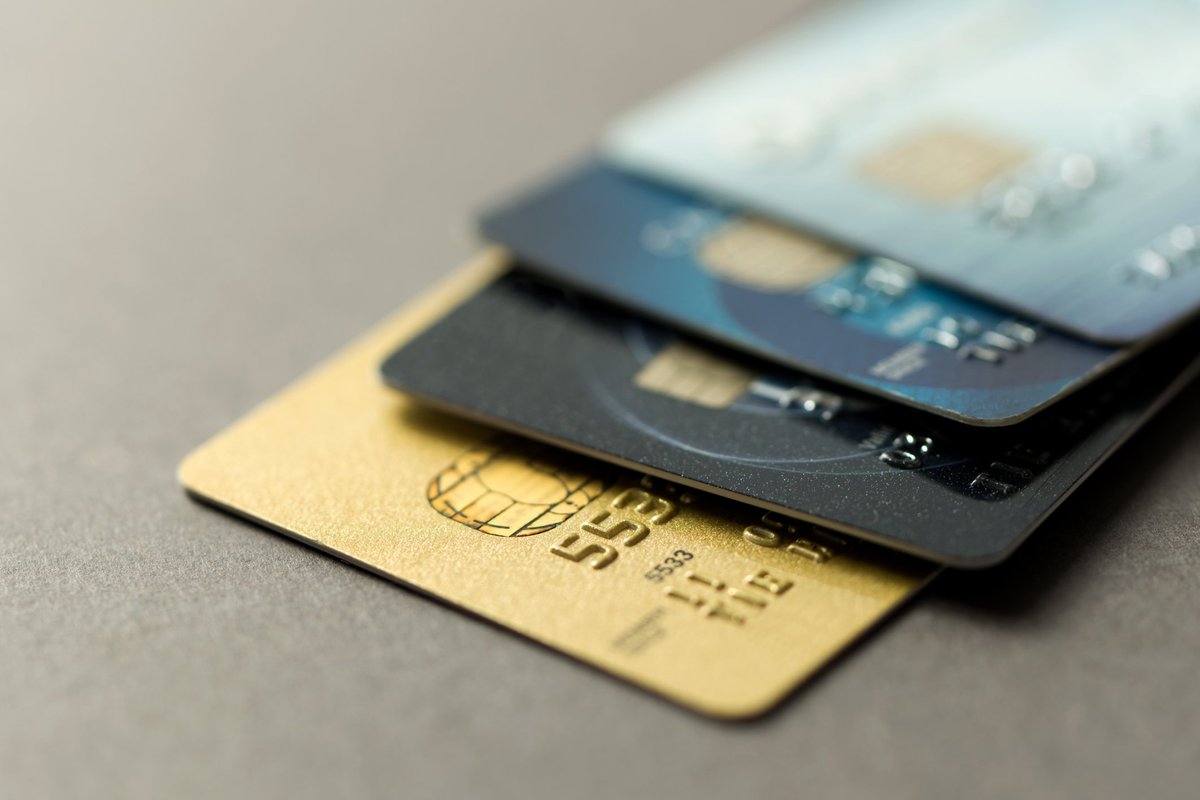 Everyone makes money mistakes from time to time, and some of the most common mistakes involve credit cards. For example, it's easy enough to forget about fees when opening a credit card, or to open too many credit cards when you're young. It's also easy to make mistakes when playing the credit card "rewards game."

It just so happens that three of our contributors have made those mistakes themselves. We asked each of them to share their story so you can avoid the same blunders.

Matt Frankel, CFP: One of my worst credit card mistakes happened when I was in college. Without reading the terms, I signed up for a so-called "starter" credit card that was being marketed to people like me who had little or no credit history.

The card had a $300 credit limit, which is common for starter cards. And as a broke college student, I didn't need the ability to spend much more. (I was eventually given higher-limit cards, which was another story in itself.)

Here's the problem. This particular card had a $75 "application fee," a $75 annual fee, and a $6.25 monthly service fee, billed annually. This adds up to $225 for year one, which was billed to the card right away. That's right -- the second I took the card out of the envelope, I was down to just $75 in available credit and I owed $225, even though I had never made a purchase.

This credit card is fortunately no longer on the market, but similar products do exist, so be sure to read the terms carefully on any card designed for people trying to build credit. A secured credit card is likely to be a far better option.

Fortunately, this, along with the other credit card mistakes I made in my college years, motivated me to learn how to ace my personal finances for the rest of my life, which put me on the path to becoming a successful investor and financial planner.

Christy Bieber: When I was in college, I went a little crazy taking advantage of credit card offers. At the time, credit card companies were allowed to advertise on college campuses and offer free stuff for filling out an application. Free T-shirts and pizza deals sounded great, so I ended up owning three different major credit cards at the age of 18. And of course when my favorite clothing stores told me I could save 10% and access special deals by opening a card, I couldn't sign up fast enough.

Opening too many credit cards at once -- especially when you're a college student with limited income -- can cause a host of problems. Luckily, I didn't get too deeply into debt and was able to pay off what I charged with a summer job. Unfortunately, one of the pitfalls of having too many credit cards is that it's hard to keep track of them, and payments are easy to miss.

This is what happened to me -- and it was the biggest credit card mistake I ever made. I paid my Express store credit card and accidentally forgot about the balance I owed to The Limited. I got hit with a late fee, but even worse, I had a late payment on my credit report. And there it stayed for seven years -- long after I graduated from college, took out an auto loan for my first car, and rented an apartment in law school.

This late payment haunted me for almost a decade. It was there every time I looked at my credit report, and my score was lower because of it. Fortunately, it dropped off just before I got my first mortgage. It's scary to think how much more that loan would've cost me otherwise.

Now I have all my credit cards set to autopay at least the minimum due, just to make sure nothing like this ever happens again. And while I still occasionally open new credit cards to take advantage of special bonus offers, card companies need to offer a lot more than a free shirt to entice me.

Maurie Backman: I've always held credit cards that offer some type of reward, but years ago I opened my first card with a truly generous sign-up bonus. The deal was that if I spent $3,000 within my first three months, I'd get $500 cash back. The rest of the card's features were nothing to write home about, but the sign-up bonus sounded sweet, and so I was determined to take advantage of it.

The problem, however, is that I had other credit cards at the time that offered more cash back for specific categories. For example, I had a card offering 5% cash back on gas and another offering a similarly generous amount of cash back on groceries and restaurants, both of which are big spending categories for me. As such, I didn't want to put those expenses on my new card, but I also didn't have many expenses to naturally charge on it. So rather than forgo that $500 bonus, I essentially invented expenses to get it.

One week I bought clothing I didn't really need. Another week I replaced a perfectly functional appliance in my home just for the sake of having something to charge. At the end of that three-month period I did snag that $500 bonus. But when I went through my statements for that timeframe, I realized that I'd spent $1,500 needlessly to get it. Therefore, I didn't gain $500; I lost $1,000.

Since then, I've learned to never open a new credit card for the sole purpose of getting a reward unless I can identify a necessary expense that will enable I earn the bonus. For example, I'm thinking of refurnishing a couple of rooms in my home, so if I decide to go through with it, getting another card with a large sign-up bonus might make sense. Otherwise, I'm staying away from new cards that don't do anything for me outside of that bonus.