Building a New Home? Why You Should Minimize Allowances in Your Construction Contract 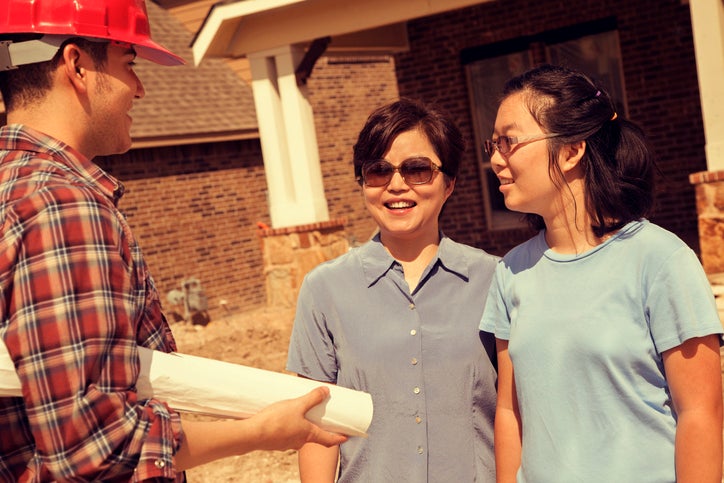 A home-building allowance could make it harder to compare quotes -- and lead to major budget overages.

When you're building a house, you'll need to get a construction quote so you will know how much you can expect to spend and can apply for a mortgage to cover your costs.

And just like it's a good idea to shop for a mortgage, it's typically smart to get several different quotes from multiple builders. That way, you can make sure you get the best value for your money. After all, there's a good chance you'll be paying more for a construction loan these days.

When you look at your quote, you may notice that certain items don't have a set price. Instead, you'll be given up to a set amount of money to spend on them. For example, instead of being quoted a specific cost for kitchen cabinets, you may be told you can spend up to $20,000 on cabinetry. Or instead of being quoted for two bathrooms full of fixtures, you may be given up to $10,000 to spend on sinks, tubs, and faucets.

This type of range is called an allowance. Builders include them in contracts because it can be really hard to nail down every detail of every item that you want in your home prior to construction. But while allowances are common, you should try to minimize the number of them included when you get quotes.

Here are two big reasons why.

1. More allowances mean a greater chance of going over budget

The biggest problem with allowances is that they make it really difficult to get an accurate estimate of how much your finished home will truly cost.

Just because your builder gives you up to a set amount of money for a specific item doesn't mean you'll actually be able to stay within that limit. It may turn out that you need to drain $40,000 out of your bank account for the kitchen of your dreams, for example. Or you may not be able to buy enough lighting to see if you are only given a $2,000 lighting allowance.

If you can nail down more details about what to include in your home and get specific price estimates for those items rather than allowances, you'll be able to go into the building process with a much clearer idea of what your budget needs to be.

There's another downside to allowances as well: Sometimes, builders use them to make their quotes appear cheaper than they actually are.

If a builder knows they are getting to the top of your price range, for example, they might set some allowances pretty low. Then, they can come in under budget and it'll be your problem to deal with later when it turns out you can't get the items you want within your allowance.

And if different builders include a bunch of different allowances in their quotes, then it's really difficult to get a clear idea of which one will cost you less in the end. One builder may appear more expensive, but if they've allotted enough for the kitchen you've been hoping for but another builder gave you an allowance that would cover only one-third of it, then the first one might actually be the better deal.

How to minimize allowances

Instead of leaving a lot of decisions to be made during the building process, nail down as many of the details as you can when you're getting your quote. Then make sure that your construction estimate includes the specific items you've chosen.

This approach takes more time up front, but you'll eventually have to make all of these choices anyway. You might as well do it early on to avoid budget surprises later and to make sure you're getting a quote that shows which builder really will build the most affordable home.