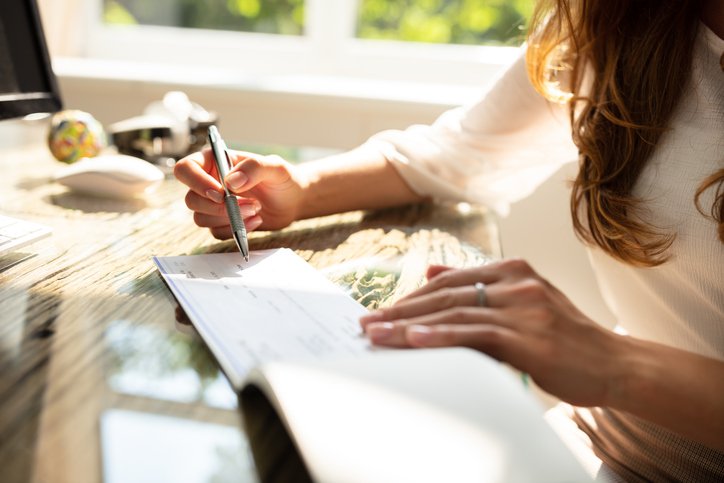 Paying more in taxes has ramifications, both short term and long term.

With the 2020 election upon us, it's natural to wonder how the results will impact our finances. Well, if you earn more than $400,000, your level of debt may be on its way up. Former Vice President Joe Biden has not been shy about saying the wealthiest Americans should be prepared to owe Uncle Sam more money come tax day.

Here we examine one of Biden's tax proposals that could increase your debt.

It's no secret that the Social Security program is in trouble, although there's debate as to how bad things are. Biden proposes that those with incomes of over $400,000 should contribute more to the fund. Specifically, they'd be hit with a 6.2% payroll tax on earnings over the threshold and their employers would pay another 6.2%.

Biden's plan creates what's referred to as a "donut hole." Taxpayers would continue to pay 6.2% in Social Security contributions on the first $137,700 they make. The government would take no Social Security on anything between $137,700 and $400,000. After that, only the amount earned over $400,000 would be subject to the 12.4% Social Security portion of the payroll tax (6.2% from workers' paychecks and 6.2% from the employer).

How this change can impact you

As a child, Joe Biden watched his father struggle financially, which may explain why his policies are designed to help low and middle-class families. Biden's proposal would impact an estimated 1.8% of top-earning Americans, while helping to shore up Social Security for future generations. Here's how different income groups would be impacted:

So, how could this change increase your debt? Well, in short, any money that comes out of your check is less money you have to take care of personal financial business and more opportunity to go into debt.

Even if you don't earn $400,000 or more a year, there is another type of debt to consider. Biden's proposals will still increase America's national debt -- and that's something that could impact every American. The Committee for a Responsible Federal Budget (CRFB) says that a Trump presidency would add just under $5 trillion to the national debt and a Biden presidency would add $5.6 trillion.

Biden's proposal to increase Social Security contributions may be enough to keep the program alive. And unfortunately, our national debt will continue to grow, no matter who's elected president.

Ultimately, there's only so much we can influence the country's politics. But we can control how much debt we take on, and how we handle our personal finances. Build an emergency fund, avoid taking on unnecessary credit, and try to stick to a budget. That way you can reduce your overall debt risk.

If your annual income is over $400,000, the extra Social Security contributions could increase your debt -- but only if you let them.