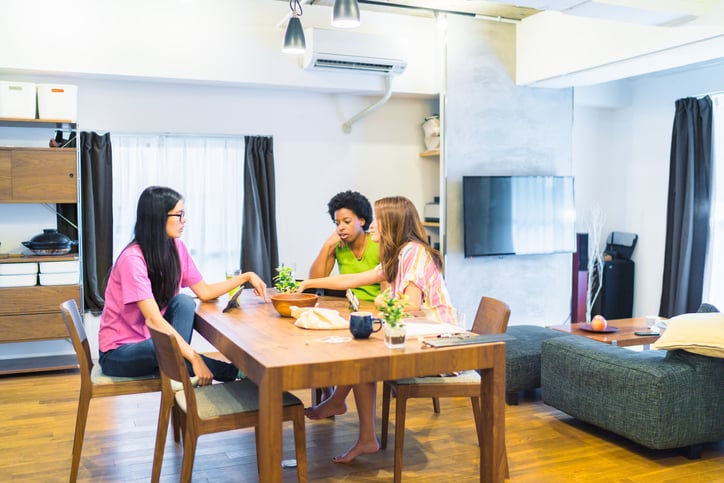 There's a new ban on evictions in place, and while it won't be as universal as the last one, it's apt to help a lot of people.

Millions of Americans have lost their jobs in the course of the pandemic. To help, three rounds of stimulus checks were sent to Americans' bank accounts.

There was also a ban on evictions put in place by the CDC to prevent people from losing their homes on the basis of not being able to pay rent. The CDC's eviction ban received several extensions before finally expiring on July 31. And that was a blow to the millions of tenants who are still behind on their rent.

But now, the CDC is implementing a new ban on evictions. And while this latest moratorium will be more limited in its scope, it could still help a lot of people stay in their homes and avoid ending up on the street.

A new set of restrictions

The CDC's latest eviction ban is not universal. Rather, it will apply to areas of the country with high or substantial transmission of COVID-19. But experts say that will cover 80% of U.S. counties and 90% of the U.S. population. The new ban is set to last until October 3, giving renters another 60 days to get current on their housing payments.

Of course, this new ban is apt to be met with resistance from landlords and the legal professionals who advocate on their behalf. In fact, many groups sought to challenge the previous eviction ban, calling out the ways it put landlords at an extreme disadvantage.

But while a new eviction ban may be a tough pill to swallow for landlords, it's coming at a time when the coronavirus outbreak seems to have taken a turn for the worse. It's too soon to know what impact the Delta variant will have on the U.S. economy and its path toward a full recovery. But what we do know is that some cities are already imposing mask mandates and restrictions in an effort to combat it.

If shutdowns similar to those that occurred early on in the pandemic become necessary, we can bet that more jobs will be lost. And that could, in turn, make it much harder for renters who are behind on their housing payments to get caught up.

In the meantime, millions of Americans are still waiting to receive their share of the $45 billion pool of rental assistance funds allocated by the two most recent stimulus bills. Because that money is being disbursed at the state level, not the federal level, the rollout has been slow.

It's estimated that only about $3 billion of that money had actually reached eligible recipients as of the end of June. Implementing a new eviction ban will give states more time to get that money out to the people who need it.

In the days leading up to July 31, House Democrats had called on President Biden to find a way to extend the previous CDC eviction ban, but the Biden administration maintained that it did not have the legal authority to do so. Whether this new ban is legally questionable is yet to be determined. But we can bet that landlord advocates will be gearing up for another big fight.