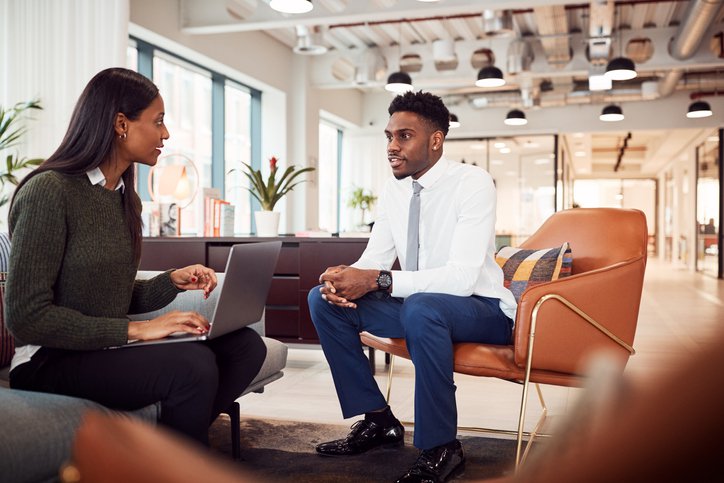 Labor shortages could hinder our economic recovery, so companies are trying to make it more appealing for workers to take a job.

There's a reason 25 states have decided to end boosted unemployment benefits ahead of their September expiration. Despite the U.S. economy still being down millions of jobs compared to the number that were available before the pandemic, many states are, in fact, experiencing labor shortages. And if companies can't fill open positions, the economy can't reopen in full.

By pulling the plug on boosted unemployment early, states that are going this route are hoping to motivate workers to get back into the labor force. The logic is that as long as the jobless are entitled to an extra $300 a week in their benefits, they won't be incentivized to take a job because in some cases, that would actually mean taking a pay cut.

Of course, that speaks to a greater problem about livable wages, but the point is that states are trying to make it financially worthwhile for people to seek out employment.

At the same time, businesses are starting to do their part to attract job applicants. In fact, a number of companies are beginning to offer sign-on bonuses for new hires, and it's a tactic that just might prove successful.

A cash influx for workers who need it

It's common practice in certain high-paying industries like finance to entice new hires with sign-on bonuses. Those bonuses are funds that are paid up-front once a given candidate accepts a job.

Usually, sign-on bonuses come with some stipulations stating that employees must stay on board for a certain period of time or they'll have to pay that money back. But bonuses are also a really good way to attract job candidates.

Now, a number of retailers and lower-wage industries are adopting sign-on bonuses in an effort to fulfill their hiring needs. Amazon is one of them, and it's joined by a handful of supermarket and convenience store chains that are offering a cash payout up front for those who are willing to come take a job.

Amazon is looking to hire 75,000 people for warehouse and transportation jobs, and it's offering sign-on bonuses of up to $1,000 in many locations. The jobs Amazon is currently looking to fill pay an average of over $17 per hour. It's worth noting that Amazon already pays its workers a $15 minimum wage, which is well above the national minimum wage of $7.25 an hour.

Transitioning back to work

Getting that extra money in hand could help a lot of people transition away from boosted unemployment benefits and move over to a steady paycheck. Furthermore, that cash can be used to pay off debt, or it can be put into savings to serve as a financial cushion.

While boosted unemployment benefits might keep some workers from taking jobs in some parts of the country, for many workers, those enhanced benefits are going away as early as this month. The fact that more companies are offering sign-on bonuses is a positive thing at a time when that financial lifeline is being yanked. And those bonuses may also serve the very important purpose of addressing labor shortages and helping ensure the U.S. economy on a whole continues on a path of recovery.