House Passes $2.2 Trillion Stimulus Bill With Second Check -- but Will it Pass? 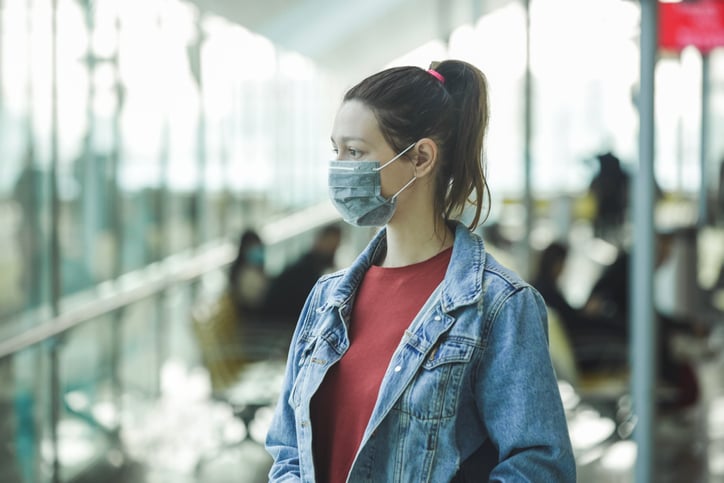 The House of Representatives passed a bill to send you a second check, but don't count on receiving any money just yet.

On Thursday, the U.S. House of Representatives passed a COVID-19 relief bill that would provide Americans with a second stimulus check of up to $1,200 per adult and $500 per dependent. The bill, which carried a price tag of $2.2 trillion, also provided an extra $600 per week in unemployment benefits.

But don't get too excited. While a majority of the House of Representatives voted to pass the bill, it's likely to get a very different reception in the Republican-controlled Senate. In fact, Senate Majority Leader Mitch McConnell may not even put it to a vote.

In other words, the passage of this bill likely puts lawmakers no closer to actually giving Americans the financial relief that so many are calling for.

The new coronavirus legislation that passed the House of Representatives has a big problem. It passed along party lines, with not a single vote from a Republican. Even the HEROES Act, the Democrat's last stimulus proposal, received one Republican vote.

And since Republicans hold both the White House and a Senate majority, no stimulus legislation will be signed into law unless and until a bipartisan deal is reached. This latest proposal stands no chance, with McConnell referring to the bill as "outlandish," and calling it nothing more than a "political stunt."

McConnell also warned that Republicans and Democrats were "very, very far apart," on a deal. And, in fact, the opposition to this latest stimulus bill actually highlights some of the key reasons an agreement remains out of reach.

As the bill's cost reflects, Democrats insist on broad relief with a high price tag while the White House and Republicans would prefer more targeted relief and less spending. Many Senate Republicans have expressed concerns about spending more than $1 trillion, even though the White House originally indicated it was willing to go up to $1.5 trillion.

The administration did make some key concessions in its most recent proposal, which had a price tag of $1.6 trillion. This move gave some hope that lawmakers were moving closer to consensus -- but it still left Republicans and Democrats billions of dollars apart.

And the fact Democrats went ahead and voted on a doomed bill suggests leaders on the left share McConnell's belief that a bipartisan plan is not likely. Centrist lawmakers want to show constituents they've made an effort. As such, the intention behind this ill-fated bill is to send the message they're working towards relief even if it's not likely to happen anytime soon.

Treasury Secretary Steve Mnuchin and Speaker of the House Nancy Pelosi have indicated that talks are ongoing, but Americans still can't count on more funds. If you are struggling to pay your bills, you might have to take matters into your own hands. See whether a low-interest personal loan could tide you over. A 0% APR credit card might help in the short term, though the APR will go up at the end of the interest-free period. Or, if you are a homeowner, see whether you can reduce your monthly payments with a mortgage refinance loan. These could all be good options in case lawmakers remain paralyzed by division and unable to act.