Please ensure Javascript is enabled for purposes of website accessibility
Log In Help Join The Motley Fool
Free Article Join Over 1 Million Premium Members And Get More In-Depth Stock Guidance and Research
By Will Healy - Feb 13, 2020 at 9:25AM

Shares of the electric car maker are trading near record highs, but is the market ignoring some dangers?

Shares of Tesla (TSLA -6.42%) surged higher during the several days following the release of the company's fourth-quarter report. The Palo Alto, California-based automaker beat both earnings and revenue estimates.

Tesla reported non-GAAP earnings of $2.14 per share. This came in ahead of analysts' consensus estimate by $0.38 per share. Revenue of $7.38 billion also exceeded Wall Street's expectations by $300 million as the company delivered 112,095 vehicles during the quarter.

However, investors should wonder if this report justifies further moves higher in Tesla stock. At first glance, it might. The forward price-to-earnings ratio stands at just above 50.  As of the third quarter of 2019, the average P/E ratio of the S&P 500 was 22.4, making Tesla's multiple appear high. Despite this, analysts expect profits to increase by 388.1% this year and 108.6% in 2021. Given that kind of growth, Tesla stock may look cheap.

Long term, I believe it will continue to go higher. However, there are some factors that suggest investors should consider turning cautious. Even amid its massive profit and sales growth, investors need to take into account three key risks that could derail Tesla stock.

CEO Elon Musk is a creative genius. He has helped to define the electric car market and made a technology that some thought would not be economically feasible work.

Still, his personality quirks have unnerved investors and aggravated the SEC. In 2018, the SEC fined both Musk and the company after he revealed on Twitter that he intended to take Tesla private, then reversed course. Putting that incident behind him required him to step down as chairman and pay a $20 million fine. The agreement also required the company to pay an additional $20 million in fines.

Moreover, the all-too-public test that shattered the armored-glass window of Tesla's prototype Cybertruck was just one of the latest bizarre episodes during his time as CEO. Such incidents have at times led to sell-offs in the stock.

2. The earnings history is unsteady

Investors should also be more cautious in their optimism about Tesla's future earnings. For 2020, the average earnings estimate stands at $6.15 per share. However, analysts' individual forecasts range from $3.38 per share to $14.79 per share on the high end.Moreover, as recently as the third quarter, analysts had expected a loss.

In addition, Tesla has bounced between profits and losses for much of its recent history. This earnings volatility has deeply affected Tesla's stock at times. Still, Tesla has risen more than 260% from the 52-week lows of last May, when it fell to as low as $176.99 per share.

3. The auto industry has a history of hitting speed bumps

The auto industry remains a risky business, even for the most established companies. With a market cap of nearly $140 billion, Tesla's value is almost triple that of General Motors, which stands at $50 billion. Yet GM continues to outproduce Tesla by a wide margin. It delivered more than 3.09 million cars in China and nearly 2.89 million in the U.S. in 2019.  This remains well ahead of Tesla, which delivered about 367,500 vehicles during the same period.

Admittedly, this is not a fair comparison in some respects. GM holds debt well above its market cap. It has also built up billions in unfunded pension liabilities. Consequently, GM stock tends to trade at a P/E ratio in the single digits. Moreover, Tesla's report stated that $6.368 billion of the company's $7.384 billion in Q4 revenue came from the automotive business. Tesla also earned $436 million from energy generation and storage as well as $580 million categorized as "services and other." 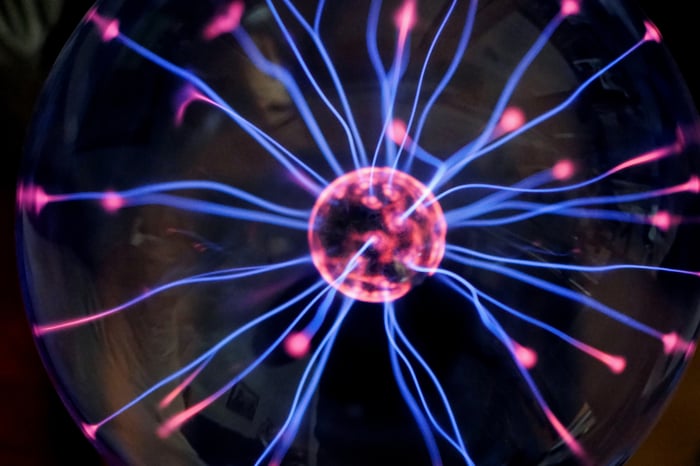 However, this only shows that longevity means comparatively little when analyzing automakers. Both GM and the company now known as Fiat Chrysler declared bankruptcy in 2009 during the Great Recession, and Ford came close. Although Tesla does not face any likelihood of bankruptcy in the foreseeable future, the industry's history shows some of the dangers it could face over time.

Pay attention to the risks in Tesla

The automaker delivered another impressive quarterly beat, and its earnings turnaround has helped send its stock to record highs. Industry conditions heavily favor Tesla despite a run-up over the last eight months, and long-term investors could continue to see significant returns.

However, investors should also pay close attention to the stock's risk factors. First, Musk remains a double-edged sword for Tesla. While he has made its success possible, his sometimes outrageous claims and behavior have often hurt Tesla's stock price. Moreover, valuations remain elevated. While the company could justify its stock multiple by meeting profit estimates, the ever-changing nature of its profit picture carries some risk for investors. Finally, even the most stable of automakers have at times stumbled into bankruptcy. The history of GM, Ford, and others indicate Tesla could face as-yet unforeseen difficulties.

While Tesla remains likely to move higher in the long run, investors should prepare for speed bumps.