General Motors (NYSE:GM) said that its third-quarter net income fell 8.7% from the third quarter of 2018 to $2.3 billion, a better-than-expected result after a nationwide strike shut down GM's U.S. factories in mid-September.

Excluding one-time items, GM earned $1.72 per share, well above the $1.31 average estimate from analysts polled by Thomson Reuters. Revenue of $35.5 billion, down 0.9% from a year ago, was also solidly above Wall Street's $33.82 billion estimate.

As expected, GM also cut its full-year guidance to reflect the effects of production lost during the strike.

What was the impact of the strike?

Per GM, here is how the United Auto Workers' national strike against the automaker affected its third-quarter results: 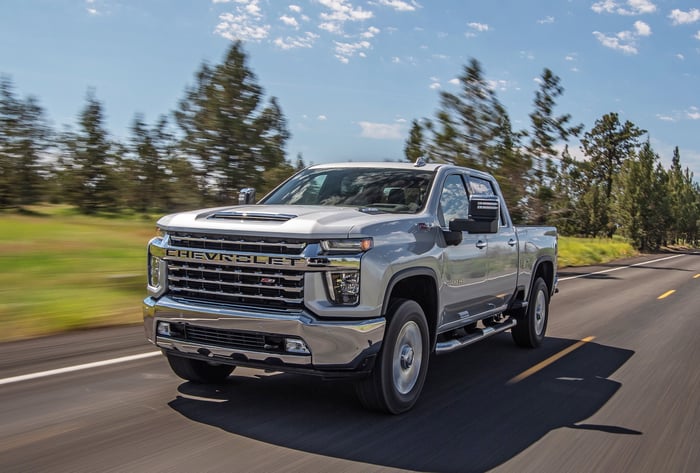 What else happened at GM in the third quarter?

Except as noted, all profit and loss figures in this section are presented on an EBIT-adjusted basis.

Looking ahead: GM's guidance for 2019

As anticipated, the effects of the strike led GM to trim its full-year 2019 guidance. It now expects: