Is this a big deal for GM's stock? It depends.

It's the first nationwide strike by the UAW against an automaker since 2007. The UAW's leadership voted to authorize the strike after its four-year contract with GM expired on Saturday -- and after negotiations with GM over a new contract reached an impasse.

For investors in GM and the other U.S. automakers with UAW-represented workers, the strike raises some big concerns. Here's a look at what's driving the strike and how it's likely to affect GM's bottom line (and its stock) as it unfolds. 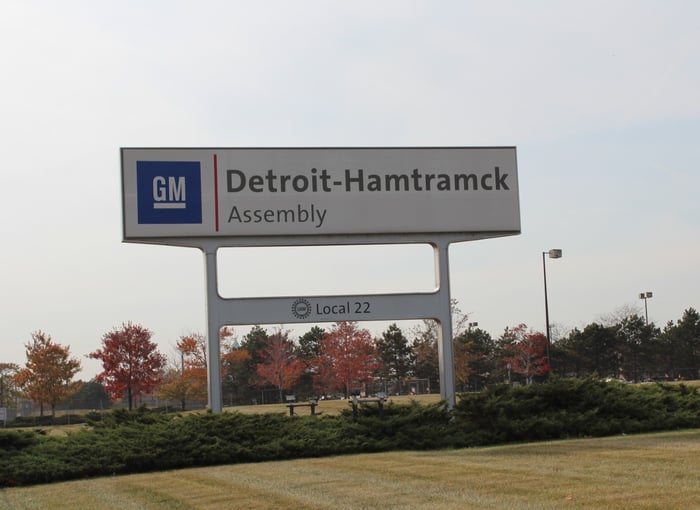 Why did the UAW strike?

UAW leaders say that after years of strong profits, it's time for GM to share some of its success with workers. The union is pushing GM to boost wages and profit-sharing bonuses, to reopen some idled factories, to create a path to permanent seniority for temporary workers, and to hold down the share of healthcare costs it passes on to workers.

The leaders say that GM has been largely unresponsive to their demands and that very little progress was made in negotiations before the workers' old contract expired on Saturday.

What does GM say about this?

GM said that it presented a "strong offer" to the UAW that improves workers' wages and benefits and adds jobs in the United States. It includes more than $7 billion in investments in GM factories for new products, the company said, and would add or retain more than 5,400 jobs.

GM's offer includes detailed plans for two factories that are currently slated to close: a plan to build all-new electric pickup trucks at GM's flexible Detroit-Hamtramck Assembly Plant and a plan to convert a second assembly plant in Lordstown, Ohio, to a battery-cell manufacturing facility.

GM said its offer also included wage increases, changes to the formula used to calculate annual profit-sharing bonuses, and some additions to healthcare coverage. But the union said that GM's offer arrived very late in the process, on Saturday night, and didn't address key demands.

How long will this strike go on?

It's hard to say. The UAW's last national-level auto strikes, against GM and Chrysler in 2007, lasted only a few days. And the union's local actions or so-called bottleneck strikes -- strikes at single factories that make key parts for other plants -- have tended to end quickly in recent years.

While workers don't get paid by GM while they're on strike, they do get some basic benefits from the union, including healthcare coverage and a weekly payment of $250. That said, a strike is a hardship for workers, and as time passes, pressure on union leaders to cut a deal will rise.

What will this cost GM?

In the short term, not a lot. GM has solid inventories of vehicles at its U.S. dealers -- a roughly 77-day supply of cars, trucks, and SUVs, according to Cox Automotive. The industry average is a 61-day supply. A strike that lasts a few days might dent GM's third-quarter bottom line a bit, but it's likely that much of the lost production could be made up by the end of the year.

That said, if the strike lasts a week or more, things get complicated. GM plants in Canada and Mexico that depend on parts from the United States could be idled, for instance. And while GM has plenty of vehicles in inventory now, the picture would look very different after a couple of weeks.

Negotiators from GM and the UAW were slated to return to the bargaining table at 10 a.m. on Monday. The strike will increase pressure on both sides to make a deal -- that's the point of having a strike -- but both sides may feel that they can afford to play hardball here. It could be a few days before we see how this is likely to play out.

For GM investors, the best thing to do right now is probably to wait before taking any action.