As a business, Ford Motor Company (NYSE:F) hasn't grown much over the past decade. The stock is cheaper now, in 2020, than it was in 2010. And this means that pretty much all of its returns over the past 10 years have come from its dividend. The automaker distributes $0.15 per quarter, giving it a respectable yield of almost 6.5% at current prices.

But will the dividend last? And more importantly, can Ford afford it?

Given the company's stagnant bottom-line growth, its expensive restructuring program (which has been slow to show results), and a recent credit downgrade, the large dividend seems excessive. While the payout is still reasonably well covered by earnings, Ford is unlikely to continue its disbursement over the long term because of these expensive challenges. 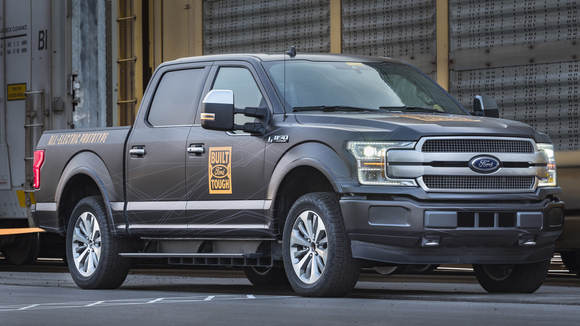 How big is Ford's dividend?

Ford recently declared another $0.15 quarterly dividend, coming out to an annual payout of $0.60. This is a 6.5% yield on the current share price of $9.20, and it cost the company $2.7 billion over the trailing 12 months.  Despite its cost, the payout is surprisingly well covered by earnings. Third-quarter earnings per share (EPS) came to $0.34, giving the stock a respectable 44% payout ratio.

But while Ford's dividend looks safe on the surface, the payout ratio is only one of several considerations investors have to make to determine its sustainability. In Ford's case, the cash would be better spent elsewhere, and it's only a matter of time before management realizes it.

Ford has come a long way since the Great Recession, when it and other U.S. automakers received bailout funds from the federal government. But now, a decade into one of the longest-running expansions in history, the company's bottom line is still stagnant.

To put this in perspective, look at Ford's net income over the past nine years. For the nine months ending Sept. 30, 2010, Ford earned $6.4 billion  -- but in the same period of 2019, that number was only $1.8 billion. Simply put, Ford is stagnant. And while the automaker is still hugely profitable, it is struggling to deliver the growth potential that moves a company's stock price.

To address these issues, CEO Jim Hackett has embarked on a multi-year restructuring program designed to tackle Ford's challenges. The strategy, which will cost a whopping $11 billion, has the automaker canceling its entire line of North American sedans to focus on its more profitable trucks and SUVs. In Europe, the company will refocus on commercial vehicles, passenger vehicles, and import vehicles.

So far, though, the expensive plan has resulted in massive layoffs with little positive impact on the company's bottom line.

Ford's profit margin hovers at about 1%, and international sales are showing mixed performance. Sales in China have fallen for three years in a row, down 26.1% in 2019 after falling by 37% in 2018 and 6% in 2017. However, the restructuring program does seem to be working in Europe, with third-quarter sales there 3% higher than last year.

Ford's restructuring strategy can work, as evidenced by the turnaround in Europe, but it will require capital. The automaker simply can't afford to keep funding its massive dividend while undertaking such a wide-ranging and expensive plan.

Ford has historically issued large amounts of debt to augment its cash flow, but doing so will soon become more expensive. Moody's has downgraded Ford's senior unsecured notes to "Ba1" -- junk status -- because of low profit margins and cash-flow challenges resulting from the restructuring program.

This credit downgrade is perhaps the biggest clue that Ford's dividend is unsustainable and may soon be cut.

While Ford should be able to meet its debt obligations under current economic conditions, Moody's analysts may be worried about how the company will fare in another recession. The automotive industry is notoriously cyclical, and Ford nearly went bankrupt during the last recession. The credit downgrade will make Ford's debt more expensive, and it may make management think twice about spending upwards of $2.5 billion per year on its dividend.

Strength down the road

Sometimes a company will maintain an ill-advised dividend just to keep its shareholders happy. But this is an unsustainable strategy that can make the stock perform worse over the long term. So while Ford's shareholders may want the massive dividend to continue, they should prepare for a cut. Ford has no business paying out $2.7 billion a year amid stagnant earnings, a massive restructuring, and a recent credit downgrade. The money would be better spent tackling these expensive challenges, and it's only a matter of time before management realizes it.