After a tumultuous week for Tesla stock, shareholders got a bit of good news.

Finally, Tesla (TSLA 3.23%) CEO Elon Musk and the U.S. Securities and Exchange Commission (SEC) are in agreement. The news comes shortly after Musk and the SEC filed for an extension on a judge's order to settle on matters related to the CEO's tweets about company information.

Following a week in which shares slid sharply after disappointing first-quarter results, a settlement is likely a breath of fresh air for investors. The news has shares up nearly 1 percent in after-hours trading on Friday as of 6:58 p.m. EDT, likely because the settlement involves no punishment for Musk or Tesla. 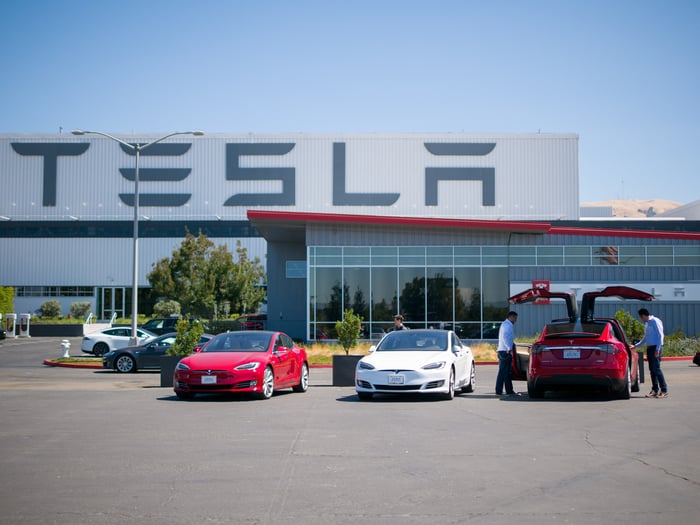 This settlement is part of a long battle between the SEC and Musk, all dating back to Musk's tweet last summer about possibly taking the company private. "Am considering taking Tesla private at $420. Funding secured," said the CEO in an Aug. 7, 2018 tweet.

The SEC filed a complaint about the tweet in September, an action that eventually led to a settlement including restrictions to Musk's Twitter usage, $20 million in fines charged to both Musk and Tesla, and the removal of Musk from Tesla's chairman position. But the SEC alleged earlier this year that Musk broke his agreement with the SEC about how he tweets, and the securities organization sued Musk, asking a judge to hold the CEO in contempt. When the SEC and Musk went to court, the judge ordered the parties to "take a deep breath, put on your reasonableness pants" and settle.

Given a week to settle the matter, the two parties asked for two extensions but have now come to an agreement that includes no punishment, but features more specific restrictions and oversight over the CEO's tweets. Per this new settlement, some of the types of items Musk has agreed not to discuss include "potential or proposed mergers, acquisitions, dispositions, tender offers, or joint ventures," new or potential business lines, events requiring an 8-K filing, and more.

With this settlement in the rearview mirror, shareholders are likely hoping Tesla will focus primarily on execution.

Some of the stock's poor performance over the past year is likely because of the CEO's behavior. Shares are down 16% over the past 12 months despite significant sales growth, two quarters of profitability, and a narrower loss in the company's most recent quarter compared to the year-ago period. But with an SEC settlement behind it, Tesla now has an opportunity to improve the narrative toward its stock.

If the company can continue growing sales and become free cash flow positive while avoiding high-profile litigation, Tesla may be able to reinvigorate investor confidence. The electric-car maker has some bold aspirations for 2019, including positive free cash flow in the three remaining quarters, 43% to 59% sequential growth in vehicle deliveries in Q2, and 45% to 65% year-over-year growth in total 2019 deliveries.