Q2 was a disaster for Ferrari but investors shouldn't panic.

Ferrari (RACE -2.52%) is a luxury car company that produces some of the world's most sophisticated and technologically advanced cars on the market. The company is also a prominent figure in Formula 1 racing, makes engines for Maserati, and has even licensed its brand for consumer products such as hats and T-shirts.

However, the coronavirus pandemic has been more difficult for Ferrari than most companies because the company's principal operations are located in Northern Italy, which was hit particularly hard by the virus. As a result, Ferrari shut down its operations for much of the first half of the year, which led to significant disruption in production and cash flow. 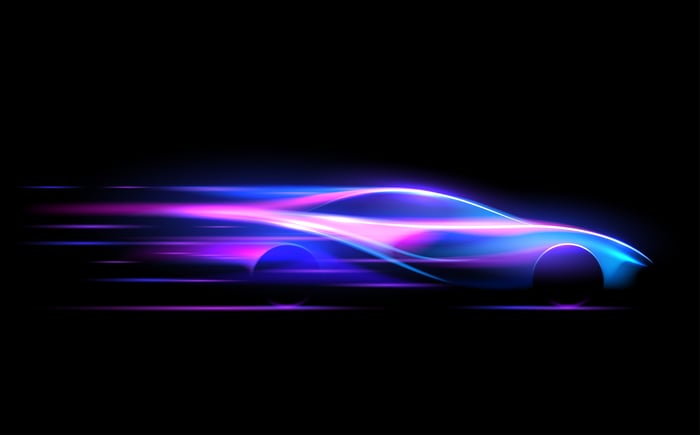 Italy was one of the hardest-hit countries during the pandemic. The country saw a complete lockdown of the entire economy, which stalled manufacturing and production at Ferrari. Once the dust was cleared, the pandemic had crushed Ferrari's financial performance in the second quarter.

Net revenues for the company declined 42% compared to Q2 2019, and during the seven-week halt of operations, the number of shipments nearly halved versus the previous year. Ferrari also saw a significant decrease in its revenue from Formula 1 racing, as the league has canceled over 10 races and announced that fans will not be allowed to attend future events.

Operating income fell 90% in the quarter as the company tried to mitigate its costs while still maintaining a level of investment to help support its long-term growth initiatives. Ferrari also saw a 95% decrease in total profit for the second quarter. Clearly, Ferrari's financial performance was a disaster, but in all likelihood the quarter will be a blip in performance, not a new trend.

Ferrari took an immense hit to its financial performance. But despite the poor results from the second quarter, management believes Ferrari remains as strong as ever and has a plan to get back on track.

Demand for Ferrari's cars remains robust and the order book for future cars is up significantly compared to 2019. The company also saw a decrease in order cancellation versus the previous year, which surpassed management's expectations. In other words, people still want Ferrari's cars and would've bought them if they could have -- the problem is supply, not demand.

In order to meet the high demand for cars, the company will be ramping up production in the back half of the year. Ferrari will also be adding Saturday shifts to make up for lost production time during the seven-week halt. It is also looking to ramp up production on the SF90 Stradale model and still plans on unveiling two new models.

Prior to its second-quarter earnings, Ferrari had projected earnings between 3.4 billion euros to 3.6 billion euros. With the new guidance, the numbers have slimmed down but are still within sight of the prior guidance.

Not a normal car company

Ferrari's management described its recovery in 2020 as a "tall order," but they are likely being modest. Ferrari is in a league of its own when it comes to automotive brand power. It is simply not a normal car company. It produces some of the most luxurious (and expensive) cars on the market, and its customers keep buying. As long as the company maintains its prestige position, it should be able to bounce back. It's just a matter of meeting demand with supply.