Please ensure Javascript is enabled for purposes of website accessibility
Log In Help Join The Motley Fool
Free Article Join Over 1 Million Premium Members And Get More In-Depth Stock Guidance and Research
By John Rosevear - Mar 16, 2020 at 10:37AM

Ferrari's factories are closed until at least March 27.

Ferrari (RACE 2.43%) said that it has closed its two factories in Italy, facing an emerging parts shortage amid a virus outbreak that has hit Italy especially hard.

Ferrari's primary factory, at its headquarters in Maranello, and its body factory in Modena, will both be shut down immediately until at least March 27, the company said.

As recently as last week, Ferrari had expected to be able to continue to produce vehicles, albeit at a lower pace than usual, after instituting measures recommended by Italian health authorities. 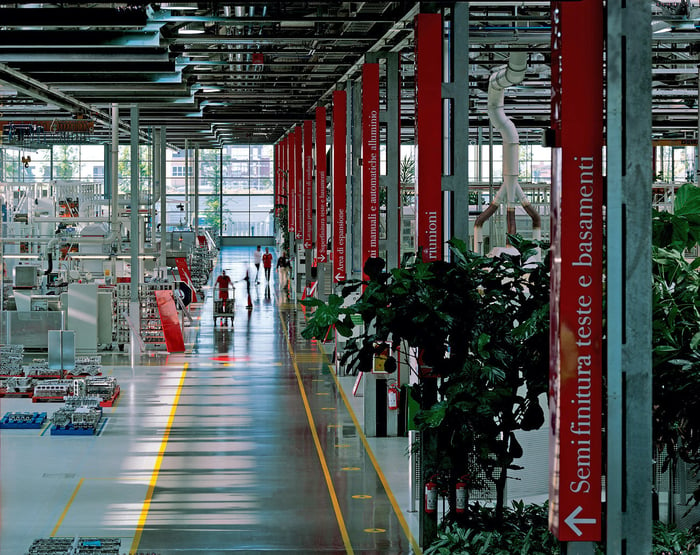 Ferrari is suspending production at its Italian factories until March 27 because of parts shortages. Image source: Ferrari.

But due to parts shortages it is experiencing, Ferrari has not choice but to suspend production for the time being, it said in a statement. Brake manufacturer Brembo, a longtime Ferrari supplier, said on Friday that it will suspend manufacturing at its four Italian factories starting today. Ferrari's Formula 1 racing team, Scuderia Ferrari, has also suspended operations for the time being, the company said. The first Formula 1 race of the season, scheduled for this past weekend in Australia, was cancelled.

Ferrari said that its non-manufacturing activity, such as product design and engineering, will continue to operate with employees working from home. All of Ferrari's employees, including factory workers, will continue to receive full pay during the shutdown.