Please ensure Javascript is enabled for purposes of website accessibility
Log In Help Join The Motley Fool
Free Article Join Over 1 Million Premium Members And Get More In-Depth Stock Guidance and Research
By John Rosevear - Mar 9, 2020 at 8:57AM

Ferrari (RACE -0.74%) has announced that its factory and headquarters are operating for the moment, despite being located inside the area of Italy that has been placed under quarantine to prevent the spread of the novel coronavirus.

In a statement, Ferrari said that the measures introduced by the Italian government on March 8 allow for some level of "continued working activity," and that it has taken all of the steps required to try to protect its employees as they continue to work. 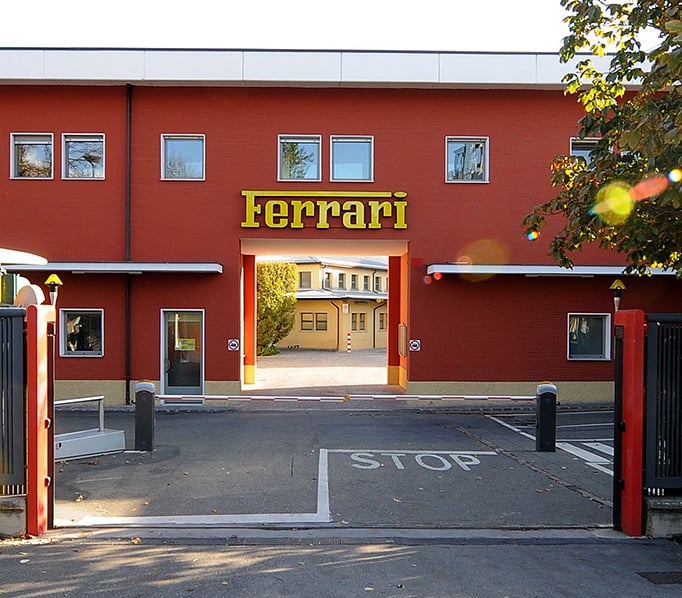 The entrance to Ferrari's factory in Maranello, Italy. Ferrari said its factory is operating for now, despite a quarantine. Image source: Ferrari.

Over 7,000 people in Italy have tested positive for COVID-19, most in the country's northern industrial heartland. The government has put a large area of northern Italy, including the cities of Milan and Modena, under strict quarantine measures to try to contain the spread of the virus.

Ferrari builds about 10,000 cars a year at its factory and headquarters in the town of Maranello, near Modena.

Ferrari said that the situation could change, as it remains in ongoing discussions with the Italian authorities, and emphasized that the health and wellbeing of its employees remains the priority.

Separately, Autocar reported that Ferrari's Formula 1 racing team said that its plans for this weekend's Australian Grand Prix, in Melbourne, are going ahead despite travel restrictions. Team officials said that some team members and equipment are already in Australia, and that its plans will proceed as scheduled unless government officials tell it otherwise.