After all the preelection jitters investors displayed, some might have been confused by the market's massive rally -- especially in the tech-heavy Nasdaq Composite -- in the two days following Election Day. Though no victor was declared on Tuesday, the entire technology sector from FAANG stocks to semiconductors gained substantially. Some big names were up by 10% or more on the week.

Some investors expected the opposite. After all, many people feared a contested election. As results come in, bitter partisan divisions remain and legal challenges could lie ahead. However, there appear to be several good reasons for the rise in tech stocks. 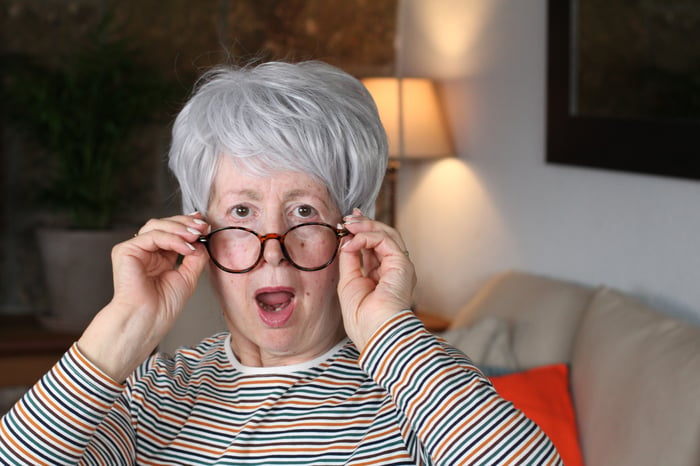 1. Better relations with China could be in the cards

As of this writing, there is no official winner, but Joe Biden still appears to be the odds-on favorite to win the White House. While many believe that a Republican president would be better for business, the current Trump administration has made some destabilizing moves regarding international relationships, including a particularly hostile turn with China.

Since the U.S.-China trade war ratcheted up in 2018, many technology stocks -- especially semiconductor names that either sell chips or manufacturing equipment to China -- saw U.S. sanctions hurt their sales.  Others were indirectly impacted as international trade tensions capped what investors were willing to pay for many chip-oriented stocks. This week, names like Micron Technology (NASDAQ:MU), Qualcomm (NASDAQ:QCOM), Applied Materials (NASDAQ:AMAT), Lam Research (NASDAQ:LRCX), and ASML Holdings (NASDAQ:ASML) are all up strongly, perhaps in anticipation of better relations with China and therefore relaxed restrictions on their technology to Chinese original equipment manufacturers.

Some investors feared that a "Blue Wave" would result in the implementation of Democratic tax proposals. These included a potential increase of the corporate tax rate from 21% to 28%, as well as higher capital gains taxes on those making more than $1 million per year.

Before the election, polling data site 538.com predicted that Democrats had about a 70% chance of winning back the Senate. However, as of Thursday evening, the chances of Democrats taking control of the Senate have narrowed significantly. Republicans might retain control of the chamber depending on the results of upcoming runoff races in Georgia.

A Republican majority would likely mean no new taxes on corporations or high earners. Lower taxes for longer would benefit high-profit tech companies such as Apple (NASDAQ:AAPL) and even "growth-ier" names like Amazon and Netflix, since both of those companies are also now profitable as well.

It's also possible some of the preelection selling in big tech winners was an effort by wealthy investors to lock in large gains on winning stocks before their capital gains taxes went up. However, now that those tax increases are less likely, they may feel less need to sell.

A divided Congress also means that antitrust legislation will likely be off the table for the foreseeable future, although federal agencies like the Justice Department will probably still pursue cases like its current one against Alphabet.

Tech investors were worried last month after House Democrats proposed heavier regulation or possibly breakups of America's tech giants. Without a large Democratic majority in the Senate, however, those proposals have little chance of becoming legislation. The GOP's Big Tech concerns have more to do with suspected liberal bias on social media platforms.

Some on the right are interested in addressing monopoly power. Republican Rep. Ken Buck from Colorado, for instance, issued a report called "The Third Way" that included policy recommendations like strengthening antitrust enforcement agencies and increasing scrutiny of mergers. However, that report stopped well short of the measures contemplated by Democrats.

4. The most important thing

Finally -- and perhaps most importantly -- most of the major technology companies have reported earnings amid election season. The results have largely been positive, beating revenue and earnings estimates by a good margin. Digital transformation has accelerated during the pandemic, and this trend only appears to be getting stronger as the world adapts to remote work, education, and medicine.

With strong fundamentals, a potentially eased trade war, diminishing antitrust concerns, and taxes likely lower for longer, it's no wonder why big technology stocks have been booming since Tuesday.