It was a fantastic year for automotive technology stocks, and the focus in December was on makers of lidar systems that power most autonomous vehicle systems. That helped send shares of Velodyne Lidar (NASDAQ:VLDR) up 43.3% in December, according to data provided by S&P Global Market Intelligence.

Lidar is a technology that uses pulses of light to measure ranges and detect objects. It's a crucial part of most advanced driver-assist systems currently on the road and a big part of a number of self-driving concepts. The systems should only grow in importance in the years to come. 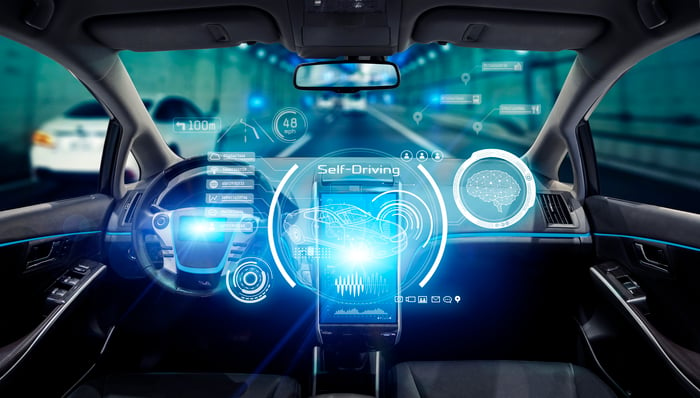 Investors have gotten excited about lidar as a number of companies that make the systems have hit public markets. The December debut of Luminar Technologies and the proposed entry of Ouster onto public markets via a merger with Colonnade Acquisition helped fuel a rally in a number of lidar makers, including Velodyne.

A large number of automakers are going to be buying a lot of lidar systems in the years to come. The market was also excited by rumors that Apple could join the ranks of companies bringing new vehicles to the market in years to come, which would mean more demand for components including lidar systems.

Velodyne has a lot going for it on its own. In mid-December, the company won an award from a Silicon Valley nonprofit robotics trade group, which was viewed as a strong endorsement of its tech. And analyst Rajvindra Gill of Needham initiated coverage on the company with a buy rating, saying Velodyne has a "clear first-mover advantage" in the lidar category.

Velodyne has a powerful offering in what is poised to become an important category, but investors need to be warned that a lot of that future potential is already priced in. The company today is valued by the market at about $3.8 billion, despite recording just $32.1 million in revenue during its most recent quarter.

Long term, Velodyne looks like a winner. But there's likely to be a lot of volatility in the shares for years to come as we get there. Investors intrigued by the promise should limit this stock to a small part of a well-diversified portfolio.