Shares of Velodyne Lidar (NASDAQ:VLDR) were trading higher on Tuesday, after the company's smallest sensor won an award from Silicon Valley's nonprofit robotics trade group and a Wall Street analyst initiated coverage of the company with a bullish note.

In a new note on Tuesday, Needham analyst Rajvindra Gill initiated coverage of Velodyne with a buy rating and a price target of $30. Gill thinks that Velodyne has a "clear first mover advantage" in the lidar-sensor category, which he sees as a "critical technology" for (among other things) advanced driver-assist systems (ADAS) and self-driving vehicles.

Gill thinks that by 2024, about 60% of new vehicles equipped with ADAS systems will have lidar, as the cost for automotive-grade lidar sensors drops to less than $600.

Auto investors interested in self-driving vehicles have few "pure-play" stocks to buy; Velodyne is one, and it has staked out a leading position in a technology that will be critical for autonomous vehicles in the not-too-distant future. 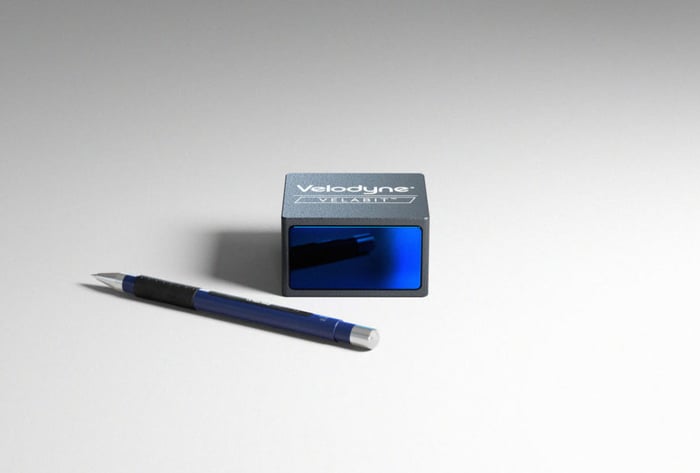 Separately, Silicon Valley Robotics, a nonprofit trade group that encourages and assists robotics start-ups in the region, announced that Velodyne's Velabit lidar sensor had won its Innovation Award for 2020. The award recognizes an "outstanding early stage technology or product" that is likely to have an impact in the robotics industry.

The Velabit, introduced at the Consumer Electronics Show in January of 2020, is a small lidar sensor that can be configured for a wide range of use cases, including autonomous robots, self-driving vehicles, drones, and infrastructure. While the Velabit probably isn't durable enough for long-term automotive use, it does cost less than $100 per unit, making it a good choice for technologies (like robots) that don't require the same level of durability.