Another day, another explosive performance from Ammo (NASDAQ:POWW).

In Wednesday trading, shares of the ammunition manufacturer are shooting up 31.4% (as of 10:50 a.m. EST). There's no actual "new" news to report today, however, so it would appear that what we're seeing today is simply a continuation of the momentum from yesterday's announcement of a quarterly sales projection. 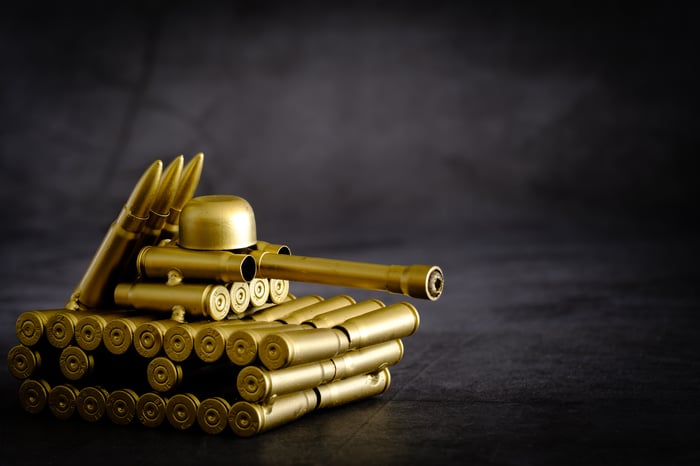 Investors are now cluing in to all the triple digits in these projections and getting pretty excited over the prospects.

Before you get too excited, though, there are a couple of things to keep in mind. First of all, Ammo stock may be approaching $7 a share today, but as recently as a year ago, Ammo was trading close to penny stock prices -- just a buck and change. And the reason investors valued Ammo stock so lowly (I assume) was that in its entire history as a public company, Ammo has never earned a profit.

Whether selling barely $1 million worth of ammo in 2017, or $27 million-plus over the past year, Ammo still hasn't quite figured out how to make a profit from this business, and it hasn't promised to make a profit this year, either. So...caveat investor.