Please ensure Javascript is enabled for purposes of website accessibility
Log In Help Join The Motley Fool
Free Article Join Over 1 Million Premium Members And Get More In-Depth Stock Guidance and Research
By James Brumley - Feb 20, 2021 at 6:30AM

Quality earnings, sustainable growth, and smart use of fiscal flexibility are the hallmarks of truly great picks.

Most investors know it makes good sense to diversify a portfolio, not just with different stocks, but with exposure to different sectors or even different categories of investments.

The premise doesn't necessarily mean investors must evenly divide up their holdings, though, nor continuously rebalance their portfolios. Plenty of investors do just fine with oversized core positions in a handful of key stocks that can be safely held for the long haul, with fringe positions being added and subtracted on a regular basis.

To this end, here's a rundown of three stocks capable of serving as long-term pillars of a portfolio. Notice each is a market leader, but each also has the ability to update its strategy as their respective marketplaces evolve. 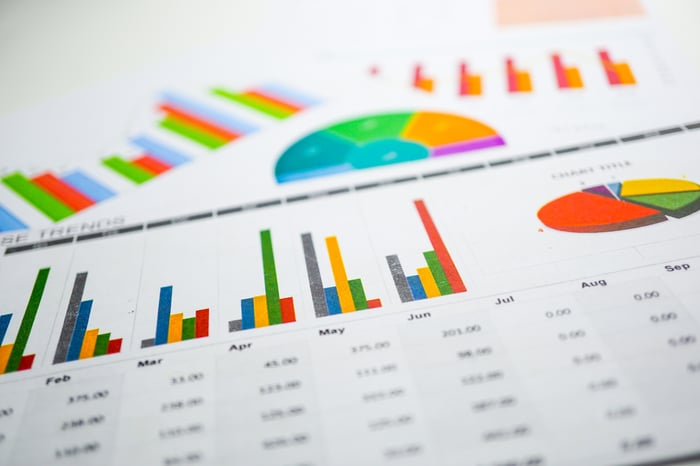 Alphabet (GOOG 5.20%) (GOOGL 5.11%) is of course the parent company of search engine giant Google, although that's not all it does. It's also the name behind digital video platform YouTube, a cloud computing business, and mobile operating system Android, and it manages a handful of "other bets" like self-driving tech company Waymo and life-science outfit Verily, just to name a few. Mostly, though, it's an ad platform. More than 80% of its revenue still comes from advertising sales, when factoring in YouTube's contribution.

This may seem like a potential liability on the surface. Technology is forever changing, particularly where consumers are concerned. Just look at Yahoo!, or AOL.

The fact is, however, that consumers' preferred search engines and platforms seem pretty well cemented in place. Global Stats' statcounter data says Google has consistently fielded 90% or more of the world's web searches for well over a decade. Meanwhile, Android's share of the mobile OS space has steadily held above 70% since 2017. This dominance certainly isn't guaranteed to last forever. But clearly the tech giant's figured out a thing or two about the search engine and mobile computing space.

The point is: Alphabet has demonstrated it can and will get into businesses outside the search market when the opportunity is right.

It's unlikely Walmart (WMT 0.08%) will ever be able to match the sort of growth Alphabet is capable of producing, but that doesn't make it a poor pick. On a risk-adjusted basis, Walmart shares historically deliver as expected.

That in and of itself doesn't quite make Walmart a perma-pick, however. Far more bullish is the fact that under the leadership of CEO Doug McMillion, the company has graduated from being a mere brick-and-mortar retail to being a full-blown lifestyle company.

Yes, its improved e-commerce engine is a big part of this shift, but it's not the only one or even the most important one. Walmart launched subscription-based Walmart+ in September 2020, for example, as something of a competitor to Amazon Prime. The company's also wading into the healthcare market, with its own stand-alone clinics as well as its own health insurance offering (its clinics, while few in number, provide a surprisingly robust variety of services). Some shoppers will have noticed an improved selection of specialty items on store shelves too. The retailer recently added craft beers from Weathered Souls Brewing Co. at some of its locales, further rounding out a surprising premium alcohol selection one wouldn't expect from a big-box store. A handful of the company's locales are also experimenting with providing technology installation service akin to Best Buy's Geek Squad.

And this is just a small sampling of recent initiatives.

None of them are major growth drivers, but all of them deepen Walmart's relationships with consumers. Better still, they're all evidence that the once-stubborn outfit is willing to try new things.

Finally, add telecom giant Verizon (VZ -2.17%) to your list of stocks to build a portfolio around.

While Verizon is technically the leader of the United States' wireless market, its estimated 35% market share isn't exactly a commanding lead on competitors like AT&T or T-Mobile. Wireless telecom service is also -- for all intents and purposes -- a commodity these days, forcing providers to fight a costly price war.

To the extent a telecom company can add value to a commodity business, though, Verizon has found a way.

Chief among these efforts is a years-long investment in a fiberoptic network meant to make the most of 5G wireless connectivity before 5G connection speeds were on anyone's radar. While T-Mobile and AT&T are supporting their newly launched 5G services well enough, Verizon's 5G network outpaced all other competitors in all seven metrics measured in RootMetrics United States' State of the Mobile Union Report looking at the second half of last year. And yet, the country's only scratched the surface in terms of putting 5G technology to the sort of use Verizon has envisioned.

Then there's the other reason Verizon has a bright long-term future. It's in the cable television business, but not nearly as crimped by ill-advised investments in TV as arch-rival AT&T is. That's mostly satellite cable brand DirecTV, which AT&T is reportedly looking to offload at a sizable loss in hopes of paying down some of its debt. Even then, however, the bulk of AT&T's crushing $154 billion debt burden will remain behind, with fewer revenue-bearing assets remaining in place to service it.

Verizon has debts as well, for the record, but it's a considerably lower debt load of $123 billion and backed by a healthier revenue stream and cash flow. This sets the stage for multi-year spending flexibility in an industry we'll never not need. Its 4.6% dividend yield is just a little added perk that can be used to buy more shares, or fund other investments.