Please ensure Javascript is enabled for purposes of website accessibility
Log In Help Join The Motley Fool
Free Article Join Over 1 Million Premium Members And Get More In-Depth Stock Guidance and Research
By Will Healy - Updated Jan 29, 2021 at 11:27AM

Verizon (VZ) and AT&T (T) are old companies seeking new connections with investors through 5G technology. Time will tell whether massive investments in this technology breathe new life into these telecom stocks. However, while choosing between these stocks may come down to investment goals, one of these giants seems to stand out as a more suitable choice for investors.

5G is the next generation of wireless technology. It will deliver speeds up to 100 times faster than the previous generation, 4G. Experts expect that applications ranging from self-driving cars to remote monitoring sites will depend on 5G technology.

To this end, Verizon, AT&T, and their peer T-Mobile are the only three companies that are building 5G networks across the U.S. Each has invested tens of billions to make this a reality. 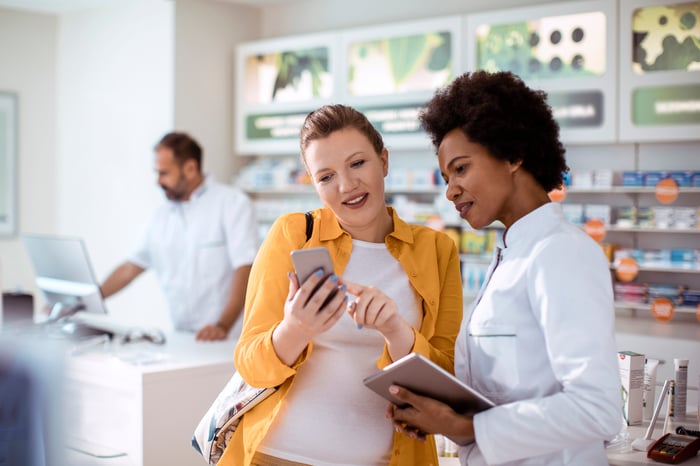 However, Verizon and AT&T have taken differing strategies. After dabbling in media by buying Yahoo! and AOL, Verizon has otherwise taken an "all-in" approach to 5G. Verizon has appeared to take the smarter approach by sticking to its core competency. It maintained its J.D. Power rating, ranking first for the 26th year in a row in network quality. This should bode well as consumers adopt 5G in earnest.

Meanwhile, failure in other areas has reduced AT&T's 5G focus. It remains heavily invested in media properties such as DirecTV and WarnerMedia. Most industry experts have regarded DirecTV as a failure, and AT&T has come under heavy pressure to sell it. Though it has explored a partial sale, AT&T has yet to commit fully to a divestment.

Moreover, WarnerMedia struggles to compete with the likes of Netflix and Disney in the streaming space. To this end, AT&T mentioned on its Q4 2020 earnings call that it took a $15.5 billion writedown on video assets (meaning DirecTV) and WarnerMedia.

Which has more robust financials?

Admittedly, slow growth and healthy cash flow appear to define both Verizon and AT&T. This makes Verizon's P/E ratio of 19 appear cheap for a reason. After turning to a loss, AT&T does not currently have an earnings multiple.

Also, both companies experienced lower revenue and earnings in 2020. Verizon, though still posting a bottom-line profit, blamed declines in wireline revenue for its lower numbers. AT&T placed the responsibility for its nearly $5.2 billion net loss on its massive Warner and DirectTV writedowns.

Such troubles show up in the company's debt level. Both the 5G buildout and the cost of media assets helped AT&T's long-term debt to balloon to just under $154 billion. This compares with Verizon's long-term debt of just over $123 billion.

Moreover, the lower debt has given Verizon more freedom to improve its award-winning 5G network. In 2020, it spent about $18.2 billion on capital expenditures, compared to around $15.7 billion for AT&T. This will likely give Verizon a competitive advantage as more consumers adopt 5G.

Furthermore, dividend costs hamper AT&T more, as the burden of maintaining its 7.1% yield, which cost AT&T almost $15 billion in 2020, has begun to show. AT&T did not hike its dividend at the end of 2020, as it has in past years. And in the Q4 2020 earnings call, the company offered no indication that an increase is coming. With a 36-year track record of annual payout hikes, AT&T currently enjoys coveted Dividend Aristocrat status. Stocks that have slipped from this category have often suffered for years after making such a move.

In contrast, Verizon stock yields 4.5%, costing around $10.2 billion in 2020. While its streak of dividend increases goes back only 14 years, Verizon did not stray from its pattern of annual payout hikes in 2020. Additionally, its dividend claims a lower percentage of free cash flow than AT&T's payout, at 43% and 55%, respectively. This not only places Verizon's dividend on a more solid footing but also frees up money for other investments.

Given both the financials and the businesses themselves, Verizon looks like the better choice for investors. AT&T remains hampered by higher dividend costs and larger debts, and its asset impairments remain a cloud over the company. Although AT&T may eventually sell DirecTV, this business will probably cause the company more pain for the foreseeable future.

Conversely, Verizon appears to benefit from its 5G focus. It has maintained its higher quality ratings, and its lower cost structure allows for greater capital expenditures and a more stable dividend. This concentration on 5G should serve Verizon investors well as consumers and businesses continue their transition to the new technology.