These Oracle of Omaha favorites can help you have a financially healthy retirement.

Billionaire Warren Buffett is the fourth-richest man in America. He accumulated his wealth through his company, Berkshire Hathaway (BRK.A -1.32%)(BRK.B -1.63%). Not only does it own stock in individual companies, but it also has a portfolio of businesses it owns outright, including GEICO, Dairy Queen, Fruit of the Loom, and Burlington Northern Santa Fe, to name but a few.

His investing track record has been phenomenal, and Berkshire has rewarded its investors with a 2,774,062% return from 1964-2019. Clearly the Oracle of Omaha (Buffett's nickname) knows how to make money by buying great companies and holding them for the long term. Here are three of his favorite holdings that would be a perfect fit for your retirement portfolio. 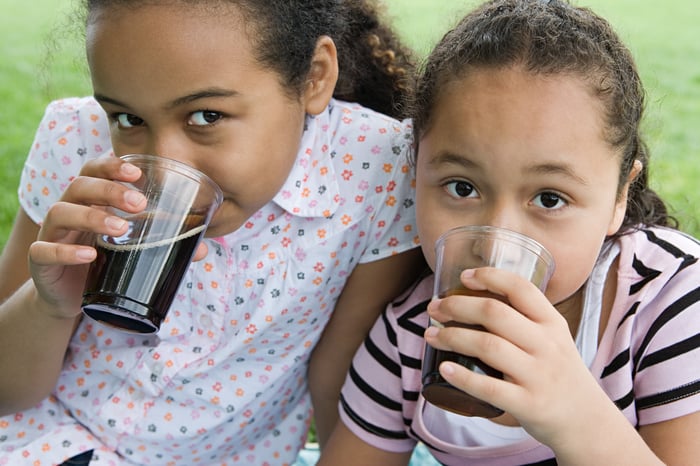 Barbara Eisner Bayer: Famed investor Warren Buffett isn't necessarily known for a healthy lifestyle, as he subsists on junk food and drinks five 12-ounce Cokes a day (although his friend Bill Gates claims it's Diet Coke). Considering that Coca-Cola (KO -1.00%) is Berkshire Hathaway's third-largest holding (it owns 400,000 shares), it's good to know that Buffett drinks the talk. The 90-year-old is and always has been bullish on Coca-Cola, and the reasons why make it an excellent choice for your retirement portfolio, too.

First, it produces four of the five top-selling soft-drink brands in the world (Coca-Cola, Diet Coke, Sprite, and Fanta). And when the company saw that consumers were becoming more health-conscious, it branched out into options with less sugar, including bottled water, teas, and fruit juices. It's even launched some alcoholic beverages, and is now offering Coca-Cola branded coffee and energy drinks. In other words, the company continues to evolve in a changing consumer market.

But the most important reason Coca-Cola should be in your retirement portfolio is its dividend. It's currently offering a yield of 3.08%, which is a very respectable amount for a company that's established but still growing. Best of all, its dividend isn't at risk: Coca-Cola is a Dividend King, which means it's increased its dividend for a minimum of 50 consecutive years (59, in Coca-Cola's case).

The company is definitely shareholder-friendly. In addition to its healthy dividend, it has a robust share-buyback program. Back in 2019, it repurchased a whopping $1.1 billion in shares, and fewer shares on the open market translate to higher earnings per share, as there's a smaller number of shares to spread the earnings across.

The 135-year-old company has been in Berkshire's portfolio since 1988 and produced a 4,540% return for Buffett. It's unlikely to repeat that torrid growth now, but its stability and safe dividend make it a must-have stock for any retirement portfolio. 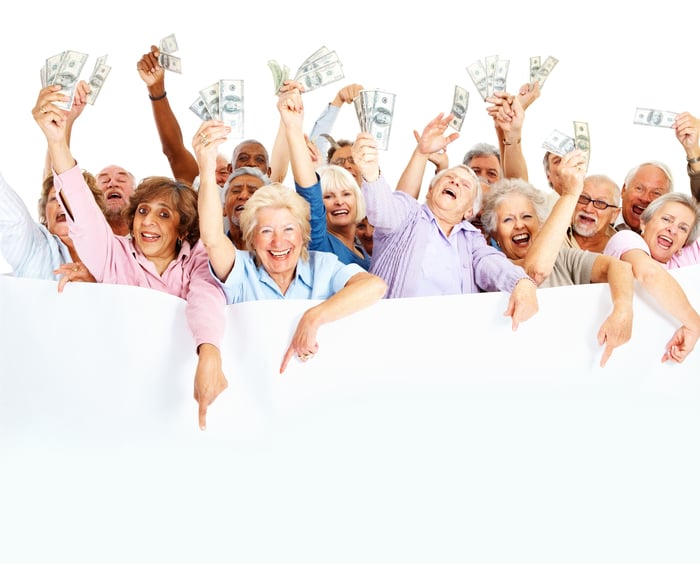 Eric Volkman: My pick is an old, old Buffett chestnut, American Express (AXP -1.46%). The star investor first added it to Berkshire's portfolio in 1964. These days it's Berkshire's No. 3 equity holding in terms of market value.

Buffett loves investments with a "moat," and while AmEx is certainly not the only payment card operator on the scene, it is unique.

First, in contrast to big peers Visa and Mastercard -- which basically function as processors of both debit and credit card transactions -- AmEx is also its own issuer. In other words, it's the company providing the credit for its credit card holders, as opposed to a partner Visa or Mastercard bank. Discover Financial Services is also a so-called "closed-loop" operator, but it's nowhere near the size and prominence of AmEx.

One major advantage of being both a card brand and an issuer is the following: As a lender to its cardholders, AmEx can get a very good fix on their spending profile and habits, all the better to tailor its feature set and famous perks. And that helps enhance the status and prestige of its cards. There are Visas and Mastercards with spending limits and features that approach those of, say, the Black Card. They aren't quite as impressive, however, and the products don't have the same cachet. AmEx credit cards are the ones high-net-worth individuals want to own and use.

One of the many benefits of having a relatively affluent (and loyal) customer base is that at times when the economy is poised to pop -- like, for instance, now, as we emerge from the pandemic -- those clients can really power the fundamentals higher.

Let's also keep in mind one sector AmEx cardholders have always favored: Travel. If any corner of the economy is really going to shoot skyward post-coronavirus, it's that one, given all the pent-up demand and formerly constricted supply.

Significantly lower spending on travel and entertainment pulled AmEx's total sales down by 12% in its Q1. With a robust recovery in the sector we can expect a turn in the opposite direction quite soon, perhaps in double-digit percentages.

AmEx has thrived, grown, and maintained its moat for many decades, and there's every reason to think it'll continue to do so. Plus, just now it's not necessarily considered a coronavirus recovery stock as it should be, so as a bit of a sleeper it feels like a bargain. And this sleeper is certain to remain a top operator in its segment for many years to come. 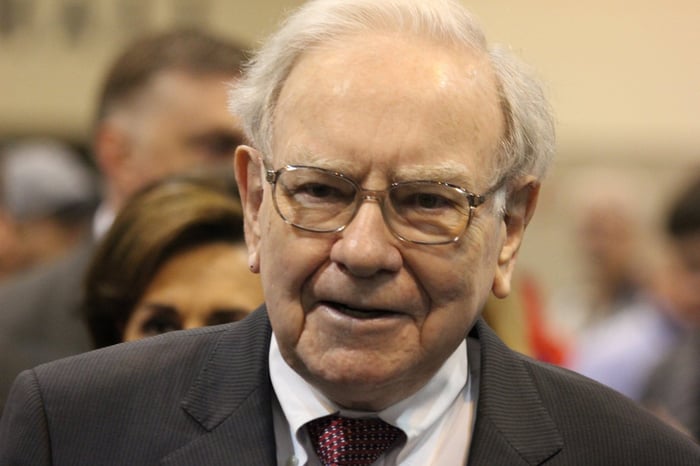 Chuck Saletta: Among Buffett's empire, one stock stands out for the simple fact that it's his largest personal holding by far: Berkshire Hathaway itself. As CEO and a substantial shareholder of the company, Buffett has built that business into one that virtually acts as its very own economy.

On top of that diversification, Buffett is well known for preferring companies that throw off substantial amounts of cash to their owners. Because of that preference, many of the Berkshire Hathaway subsidiaries became subsidiaries because they were cash-generating machines. The beauty of cash is that it can be quickly and easily redeployed wherever or whenever it is needed, which means Buffett can easily use it to snap up other cash-generating businesses at cheap to reasonable prices.

As if that weren't enough, Berkshire Hathaway trades at about 15 times its trailing earnings and 1.4 times its book value. That means all that cash generation from a diversified swath of industries can be yours at a remarkably reasonable valuation compared with the overall market at the moment.

That combination makes Berkshire Hathaway a tremendously strong business for any retiree to consider owning as part of their allocation to stocks.

3 Dividend Kings That Belong in Every Retirement Portfolio