Unlock growth and income from this basket of industrial and energy stocks.

Like most earnings seasons, Q2 2021 has had its share of winners and losers. While it's never a good idea to weigh an entire company's value on three months of performance, there are many cases where quarterly earnings can give investors a better idea of how a company is progressing toward its long-term goals.

With that, we asked some of our contributors which dividend stocks they thought were worth buying now. They chose Clearway Energy (CWEN -1.66%), Equinor (EQNR 0.80%), and Raytheon Technologies (RTX -0.26%). 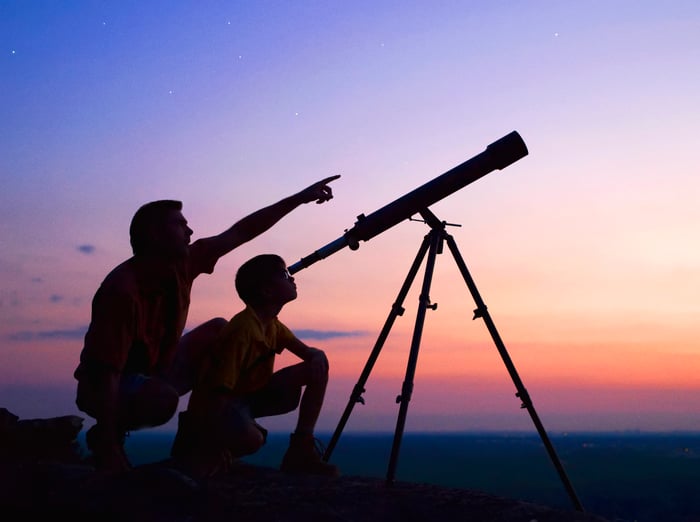 A clear choice to power your portfolio

Scott Levine (Clearway Energy): With another earnings season winding down, one stock that has caught my attention is renewable energy powerhouse Clearway Energy. Beating analysts' revenue expectations of $373.4 million, Clearway Energy booked sales of $380 million -- though it failed to meet earnings per share estimates of $0.42, reporting $0.30. But it isn't the company's performance relative to analysts' expectations that stands out for me. Instead, I think Clearway Energy's success in growing cash from operations is much more noteworthy.

During Q2 2021, Clearway Energy generated $194 million in operating cash flow, representing a year-over-year increase of 94%. Due to the effect of including non-cash charges, net income can misrepresent a company's financial performance -- something that affected Clearway Energy during the past quarter. The company, for example, reported depreciation, amortization, and accretion expenses of $128 million in the quarter. Looking ahead, management forecasts the company will generate $797 million in cash from operations. If the company achieves this guidance, it will represent a 46% increase over the $545 million that it generated in 2020.

Clearway Energy stock's most compelling quality this earnings season is its dividend. Raising the quarterly payout to shareholders 1.7%, the company is returning $0.3345 per share to investors in the third quarter, and management said that it's on pace to achieve the upper end of its annualized dividend growth per share of 5% to 8% for 2021 -- an annual rate that it also aspires to achieve in 2022 and 2023.

Skeptics may question management's dividend growth projections, but they seem attainable considering the company's success in growing its cash available for distribution (CAFD). On the company's Q2 2021 conference call, management forecast 2021 CAFD of $325 million. If it succeeds in meeting its forecast, it will represent a 10% increase over the $295 million that it generated in CAFD for 2020, and it will be a greater increase than the presumed approximate 8% increase in the annualized dividend. And beyond 2021, management claims to have a good sense of what it will generate in CAFD, suggesting that its dividend growth targets are attainable.

Daniel Foelber (Equinor): Norwegian oil and gas giant Equinor just reported its highest quarterly free cash flow (FCF) in five years. High FCF has allowed it to pay down debt and get back to growing its dividend. We are only halfway through 2021 and Equinor has already increased its quarterly payout by 50%, giving it a yield of 3% at the time of this writing. 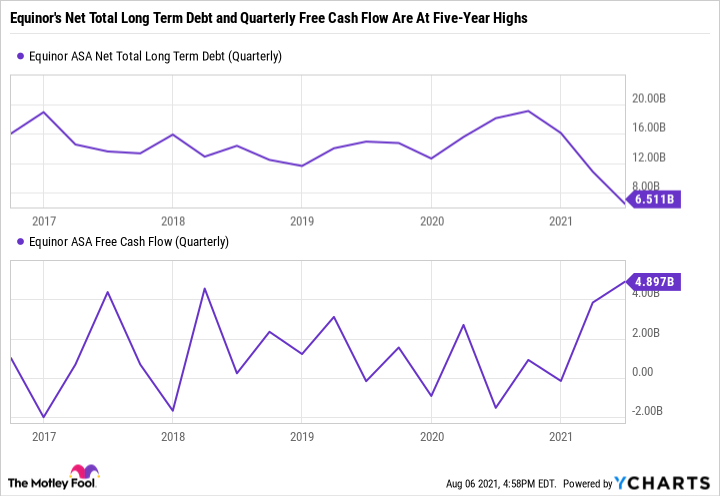 Although it generates earnings from assets around the world, the bulk of Equinor's business comes from the offshore oil and gas fields along the Norwegian continental shelf in the North Sea. Its Norwegian exploration and production business is booming, posting its highest adjusted earnings since Brent crude oil was around $110 a barrel in 2014. Thanks to low spending and decades of experience on the high seas, Equinor sports one of the most efficient oil and gas portfolios of the integrated oil majors.

Equinor's existing oil and gas portfolio has many advantages, but the clock is ticking. The company has been open about the fact that its legacy assets in the North Sea will only be serviceable for so long. Therefore, it makes sense that Equinor would gravitate toward an integrated portfolio of energy assets that features both oil and renewable upside. Aside from a few oil and gas investments here and there, Equinor is investing in renewable hydrogen, carbon capture and storage, and renewable energy in order to meet its carbon reduction targets of 20% by 2030, 40% by 2035, and 100% by 2050. The numbers speak for themselves. By 2025, Equinor plans to allocate over 30% of its growth capital expenditure toward alternative low-carbon energy investments. This commitment proves that Equinor is putting its money where its mouth is to make its energy transition a reality.

In sum, Equinor looks like a good buy now because its business is performing well, its balance sheet is healthy, and it is embracing the energy transition through wind energy.

An aviation giant that can fly for investors

Lee Samaha (Raytheon Technologies): This aerospace giant's 2.4% dividend yield is nothing to be sniffed at, and if management's projections are correct, its dividend could increase significantly in the years to come.

For example, Raytheon management's recent full-year 2021 guidance calls for $4.5 billion to $5 billion in FCF for 2021. However, at the investor day meeting in May, management outlined plans to more than double that figure by reaching $10 billion by 2025. Moreover, the plan is to use part of the increased FCF since the creation of the company "to return at least $20 billion to shareowners in the four years post-merger." Given that Raytheon's dividend payout is currently around $2.9 billion, the plan to return $20 billion in the form of dividends and share buybacks over the next few years is significant.

As a reminder, Raytheon Technologies was created from the merger of the former Raytheon Company and the aerospace businesses of the former United Technologies in 2020. The case for buying the stock rests on its defense business providing solid and sustainable cash flows over the medium term. In contrast, the commercial aviation businesses benefit from a multi-year recovery in the aerospace market.

The recent second-quarter earnings saw management raise earnings guidance across all four segments with particular strength in Collins Aerospace, a major commercial aviation supplier providing everything from avionics and aerostructures to interiors, cabin decks, power systems, and much more. It's a good sign in the early innings of the aviation recovery. As such, Raytheon is an excellent candidate for investors looking for a dividend stock with legs.