Please ensure Javascript is enabled for purposes of website accessibility
Log In Help Join The Motley Fool
Free Article Join Over 1 Million Premium Members And Get More In-Depth Stock Guidance and Research
By Daniel Foelber – Aug 1, 2020 at 8:43AM

The saving grace for the long-term use of fossil fuels is finally hitting its stride.

Many oil majors have now pledged some form of carbon neutrality in the coming decades in an effort to transform their brands from fossil fuel companies to all-encompassing energy companies. If successful, that could mean positive press, a diversified portfolio, and more effective recruitment efforts from an evolving talent pool.

There are many questions surrounding the feasibility of carbon neutrality for an industry that is inherently carbon-emitting -- but one technology has the potential to make oil and gas relevant for the long term. 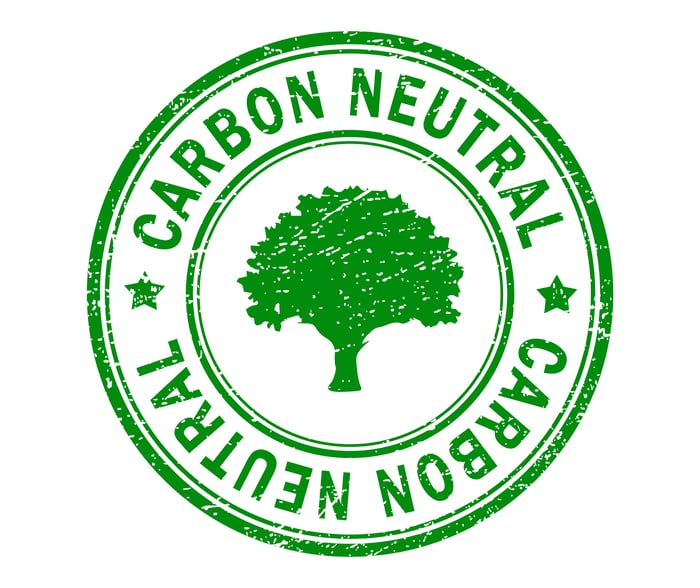 Each oil major is handling the energy transition from fossil fuels to renewables a little differently. Royal Dutch Shell (RDS.A) (RDS.B) is leading the pack with its electrification efforts in solar and electric-vehicle (EV) charging stations. Norway's oil giant, Equinor ASA (EQNR 0.21%), sees the inevitable decline of its mature offshore assets in the North Sea so it's investing heavily into offshore wind energy. However, one solution that nearly all oil majors are investing in is Carbon Capture and Storage (CCS) -- which is the process of capturing CO2 from high-emitting areas like drilling and production sites and transporting that CO2 for use in industrial processes or storing it where it won't enter into the atmosphere.

The advantages of CCS

Unlike renewable energy investment, CCS is a method of reducing emissions that works hand in hand with the oil and gas industry. If developed at scale, CCS could drastically reduce emissions and justify the long-term benefits of oil and gas production.

For investors familiar with oil and gas majors, it should come as no surprise that ExxonMobil (XOM -1.54%) is the current leader in CCS solutions. Unlike other oil majors, Exxon has repeatedly doubled down on oil and gas investment and made only minor investments into renewable energy sources like biofuels. To its credit, the company has captured 40% of the cumulative CO2 captured over the last 50 years. In addition to developing ways to capture CO2 from industrial sources, Exxon is investing in carbonate fuel cells that reduce the energy needed to capture CO2 from natural gas-fired power plants and other industries. Exxon cites the power generation sector as having the most CO2 emissions by sector.

Exxon's investments in biofuels and CCS reflect its core belief that its purpose is to make oil and gas production as efficient and low-emission as possible, not necessarily divest from oil and gas into renewables.

European majors Shell, Equinor, and Total (TTE -0.28%) are pushing heavily into CCS with their Northern Lights consortium. Northern Lights aims to capture CO2 along the Norwegian continental shelf where a lot of offshore oil and gas production occurs.

The initial investments of the project are currently $673 million, with over half of that investment going toward Norwegian contractors. Assuming that the project is approved upon a final investment decision by the Norwegian government later this year, Phase 1 should be operational by 2024.

Northern Lights works hand in hand with other projects like Norway's Full-Scale Project, where independent companies build their own capture facilities and deliver CO2 to the Northern Lights consortium that handles the transportation and storage of the CO2. Norway's cement giant, Norcem Brevik AS, and power generation company Fortum Oslo Varme AS have both agreed to capture 400,000 tons of CO2 per year for delivery to Northern Lights via pipeline to the onshore terminal in Øygarden on the west coast of Norway. According to Trude Sundset, CEO of Gassnova -- which is working with the Full-Scale Project -- CCS is popular in Norway because the country has a unique combination of investment expertise and 24 years of CCS experience, and there is a consistent interest from the Norwegian government.

A solution for everyone

ExxonMobil's investments into CCS should help the company be an even more efficient oil and gas operator -- but the joint efforts of European majors are even more impressive. Through a coordinated effort between Northern Lights, The Full-Scale Project, and European governments, Shell, Equinor, and Total are pushing into CCS with multiple stakeholders, which decreases the risk for each company while also increasing the chances of the project actually being successful since several parties have skin in the game.

CCS is just one form of green energy that oil majors are investing in, but right now, it's arguably the best solution for oil and gas companies to reach their carbon-neutral goals while staying within the scope of oil and gas.