Please ensure Javascript is enabled for purposes of website accessibility
Log In Help Join The Motley Fool
Free Article Join Over 1 Million Premium Members And Get More In-Depth Stock Guidance and Research
By Daniel Foelber - May 10, 2020 at 8:17AM

Short-term oversupply paired with what is realistically a 20% or more decrease in demand has crippled oil prices. Hovering in the $20 to $30 range, oil prices are at levels simply unprofitable for most companies in the industry.

As one of the largest integrated oil and gas companies in the world, ExxonMobil's (XOM -0.68%) response to this low oil environment provides a good indicator for what to expect from the industry this year. 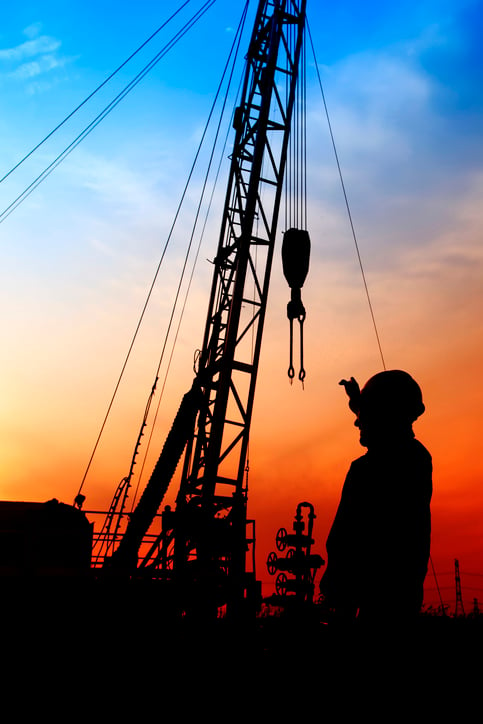 Where ExxonMobil will be in one year is largely dependent on the speed and effectiveness of the global economic recovery, since the company relies on growing oil and gas use to fund new projects.

Unfortunately, a lot of Exxon's prior predictions simply aren't relevant at today's oil prices. Just a few months ago, Exxon expected its "earnings potential to double by 2025 in a flat real price and constant margin environment," but that assumption is based on 2017 actual earnings and $60 Brent prices, adjusted for inflation, over the next five years.

In its first-quarter 2020 earnings release, Exxon reiterated its assumption that long-term oil and gas fundamentals remain strong, because oil and gas remains competitive with renewables and there are still around 800 million people in the world without electricity.

This rhetoric is nothing new for those familiar with Exxon. Compared to other energy majors, ExxonMobil runs more of a strictly oil and gas portfolio. Instead of investing in renewables like wind and solar, Exxon's investments in biofuels and carbon capture and storage represent its core belief that the best use of its time and money is by making the oil and gas industry more environmentally friendly and profitable.

Exxon's unrelenting focus on oil and gas means the company is unlikely to even moderately diversify its portfolio with renewables anytime soon.

Despite its bullish long-term thesis, Exxon is implementing a 30% reduction in capital expenditures and a 15% reduction in cash operating expenditures from original planned levels. That 30% reduction will mostly affect the company's Permian investments, which are shorter-term, more flexible projects that depend on higher oil prices to breakeven. For what spending is left, Exxon will continue to invest in megaprojects like Liza Phase 1, part of a larger strategy in Guyana to produce more than 750,000 barrels per day (bpd) by 2026 (pushed back one year from 2025).

Reducing spending does have consequences, namely delaying larger projects and reducing production from smaller projects. For example, the company expects a 15,000 bpd decrease in Permian production in 2020 and a 100,000 to 150,000 bpd reduction in 2021.

Virtually every other supermajor is implementing similar cost-cutting practices, which should reduce 2020 supply and projects for the next couple of years.

In reality, reduced production could be a good thing for the industry. Taking the collapse in demand seriously by cutting production could leave the industry undersupplied in a few years, which could lead to higher oil prices. There's a good chance that many smaller producers will go bankrupt, lacking the deep pockets of a supermajor to weather the storm.

Oil companies are arguably better off in an undersupplied market that focuses on higher prices, not producing as much as possible.

This downturn will probably raise the barriers to entry into the oil business, since Wall Street is generally unwilling to back companies, even if they accept high interest rate loans. In many ways, there is a silver lining for Exxon on the other side of this dark and difficult time.

Although it's going to be tough in the short term, there's a very good chance that Exxon investors will get an 8% dividend yield. "Our objective is to continue investing in industry-advantaged projects to create value, preserve cash for the dividend and make appropriate and prudent use of our balance sheet," said Exxon in its April 7 press release.

It's up for debate whether Exxon as a company would be better off suspending the dividend to give it extra cash to survive the present downturn, but Exxon has a reputation for being a reliable dividend stock despite market cycles. It's worth noting that Exxon is a Dividend Aristocrat, having raised its dividend for 37 consecutive years, and hasn't cut its payout since 1948 (split-adjusted). This is no small accomplishment for Exxon considering the ups and downs that the oil market faced during that 37-year time frame.

Like many oil and gas companies, Exxon will devote the next year to spending less money and producing less oil. Exxon's long-term commitments to megaprojects like those in Guyana and Brazil are dependent on higher oil prices and an economic recovery. Exxon's hope is that global production will decrease, prices will rise, the global economy will recover, and it will win out in this unprecedented test of the survival of the fittest. In the meantime, Exxon is paying investors to wait with a large and stable dividend.