These two tech companies have a tight grip on their respective industries, and they could supercharge your long-term portfolio.

If you're a young investor, you have the most valuable asset in the world on your side: time. It takes discipline to make good financial decisions for the long term, but those who do might find themselves far more relaxed later in life.

The stock market is a fantastic vehicle to generate long-term wealth. In fact, the benchmark S&P 500 index has risen by a whopping 1,040% over the last 30 years (an average of about 9.9% per year). And while past performance is no guarantee of future performance, it creates a benchmark worth considering as you envision what your next 30 years of investing could look like.

Investors looking at individual stocks to hold until retirement are usually targeting stocks they think will perform even better than the overall market's average. Here are two fast-growing companies with unique business models that will be difficult to disrupt in the future, giving your portfolio a significant long-term advantage and a chance to out-perform the average. 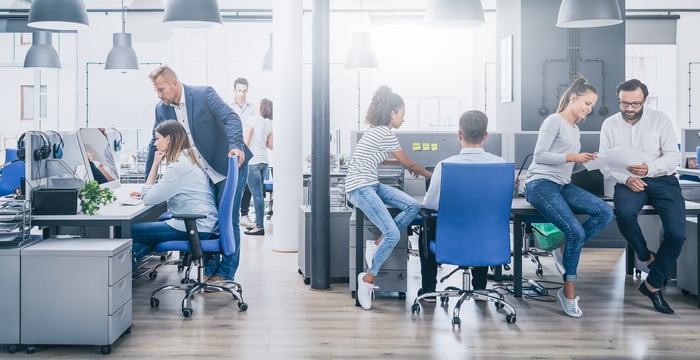 The fundamentals of lending money haven't changed much in the last few decades, but technology has allowed for incremental improvements in the speed of the process. Now, Upstart Holdings (UPST 5.11%) is helping the banking industry take a significant leap, using artificial intelligence to assess borrowers using alternative metrics to write 173% more loans for the same level of risk.

Upstart doesn't lend money itself, instead, its artificial intelligence platform originates loans for banks and earns fees for doing so, meaning the company isn't exposed to any credit risk. It also offers the technology on a Software-as-a-Service basis, allowing banks to integrate it into their own online application process, with their own branding.

The company is nearly doubling its revenue each year, but there was a real acceleration between 2020 and 2021 after it introduced its auto lending segment.

It's the largest financing market Upstart has ever operated in, but it's helped along by its recent acquisition of Prodigy, a dealership sales software that generated $1 billion worth of car sales last quarter. Dealerships are an important source of loan originations, and soon Upstart will be integrated with Prodigy to finance some of the sales Prodigy makes.

Upstart is already a profitable company, and analysts expect that to be a theme going forward which can be a rarity for young technology companies. The stock trades at 180 times projected 2021 earnings, which is expensive, but it's the growth rate most investors are paying for -- after all, Upstart originated 1,604% more loans in the second quarter of 2021 compared to Q2 2020.

For young investors with a long-term view, it's important to own companies that have competitive advantages and strong growth rates, because that combination can drive share price appreciation well into the future. Upstart fits that bill.

The second company you should consider buying stock in now for retirement is Duolingo (DUOL 4.62%). It's stock listed publicly in July, and offers investors the chance to own a company managing the highest-grossing app in the education category in both Apple's app store and Alphabet's Google Play store. 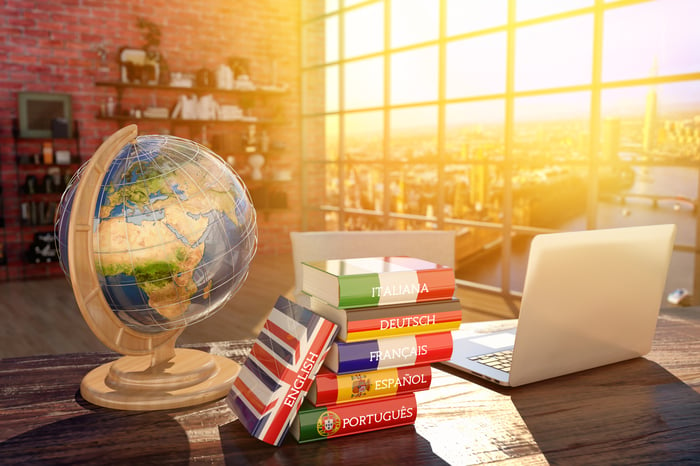 Duolingo is an app-based language education company that makes a game out of the learning experience -- and consumers love it, with over 500 million downloads to date.

Company management estimates that approximately 1.8 billion people are learning a foreign language right now, so Duolingo has an enormous addressable market. And as the world becomes more integrated it's unlikely to shrink; in fact, the company anticipates a 25.4% compound annual growth rate (CAGR) for digital variants of language education.

Duolingo began to meaningfully monetize its user base in 2019, and it's experiencing rapid revenue growth. It earns money in three ways: advertising, paid subscriptions, and paid one-off assessments. Most learners use the free version, but an increasing number of them are paying monthly subscriptions to unlock unique features, and they now make up 73% of total revenue.

Not only is Duolingo growing its user base at an attractive pace, but a higher percentage of them are converting into paid users, which suggests the company is doing a good job developing useful and innovative incentives.

The company isn't profitable just yet, but it has extremely high gross margin of over 70%, offering flexibility to continue investing in growth and expansion. With a market capitalization of $4.7 billion, the stock trades at about 19 times projected 2021 sales -- however, it's only a few years into life as a revenue-generating company. With both revenue and users growing so quickly, that price-to-sales multiple will shrink significantly in the next couple of years.

For long-term investors, it's a chance to own a company that's at the top of a growing industry, with a technology platform so unique and highly developed that it will be extremely difficult to replicate.

Think about potential trends in developing countries over the next few decades. Duolingo estimates that by 2022, over 500 million people in India will be using the internet for the very first time -- which is interesting, because the Duolingo app experienced 400% growth in new users in India during 2020. In a connected world, there might not be a better way for these tech-hungry newcomers to learn foreign languages than through Duolingo.