Roku's looking to bring new advertisers to its platform, and it just found 1.75 million of them.

But so far, connected-TV ad inventory has mostly served the same national brand advertisers as traditional TV. Roku's looking to change that with a new partnership with Shopify (SHOP -5.27%), a self-serve online storefront favored by small- and medium-sized online retailers. 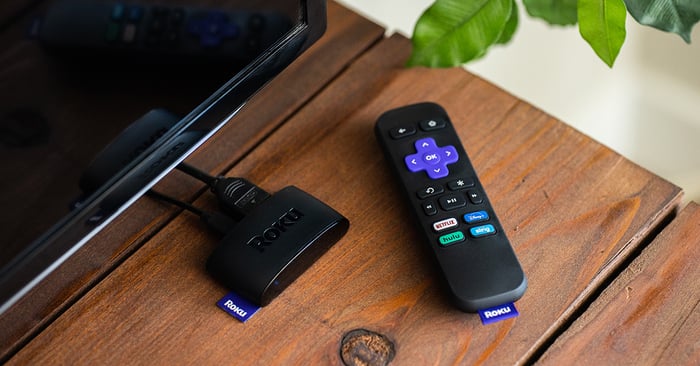 Roku has an untapped opportunity to sell ads to small businesses. What Shopify brings to the table for Roku is 1.75 million merchants. Most of those merchants are small businesses that primarily advertise online on platforms like Facebook (META -0.86%).

Indeed, the vast majority of Facebook's 10 million advertisers are small- and medium-sized businesses. Facebook offers significant advantages for small advertisers since it can provide highly targeted ads across its massive user base.

Roku thinks it can offer similar benefits to small businesses. It has over 55 million active accounts, mostly in the United States, and it has a lot of data about those users. It collects payment information from its users; it knows their viewing habits, what ads they've seen; and it's partnered with several companies to gather additional user data, including in-store purchases. If an online retailer wants to run a TV commercial, they're likely to get the most value from using Roku's ad platform.

That said, producing a television commercial may be prohibitively expensive for the typical Shopify merchant. And while many may have produced videos for their products displayed on their webpage, it might look amateurish when it's run back-to-back with a big national brand's high-production-value commercial. If it translates into greater sales, though, it won't matter.

The importance of small businesses to revenue growth

Even as more viewing shifts to streaming, linear television still collects a massive amount of advertising spend. U.S. marketers will spend an estimated $68 billion in each of the next four years, according to eMarketer. And that number is remarkably resilient as advertisers seem intent on keeping their budgets for linear steady.

One way to grow revenue for streaming platforms like Roku, then, is to attract advertisers that aren't using linear television ads, i.e., small businesses.

Another benefit of attracting small businesses now is that national brands will slowly start to shift their ad budgets to connected-TV. Throughout history, ad budgets eventually follow eyeballs, and the eyeballs are increasingly viewing streaming video and particularly ad-supported video. Premium video ad impressions climbed 50% in the first half of 2021. If small businesses are already using connected-TV ads, Roku will have a bigger pool of bidders for its inventory, thus driving average ad prices higher.

The same story played out at Facebook and other big social media and digital advertising companies. As big brands come in, the attractiveness of the ads for smaller advertisers doesn't lessen. So, getting more small businesses on the ad platform can provide substantial growth in both the immediate term and the long term as bigger advertisers migrate their budgets.

Roku's partnership with Shopify is just one ploy to bring small businesses onto its ad platform. Investors should look for Roku to continue to pursue small- and medium-sized businesses, building partnerships and ad technology aimed specifically at this valuable segment.