Please ensure Javascript is enabled for purposes of website accessibility
Log In Help Join The Motley Fool
Free Article Join Over 1 Million Premium Members And Get More In-Depth Stock Guidance and Research
By Adam Levy – Jun 11, 2020 at 10:00AM

Shopper data can be very valuable. Amazon has it. Roku wants it.

Roku (ROKU 5.60%) and Kroger (KR) might seem like strange bedfellows, but the two are partnering in a new advertising program for the streaming platform. Roku's new shopper data program aims to make advertising on its devices more targeted and measurable for consumer packaged goods companies.

The ability to use precise targeting and accurate measuring is one of the biggest advantages for Amazon (AMZN 2.55%) and its Fire TV platform. Amazon has unique access to its users' data, including search and purchase history on its marketplace, which can be used to track ads on its Fire TV platform.

Roku's new program aims to even the playing field. 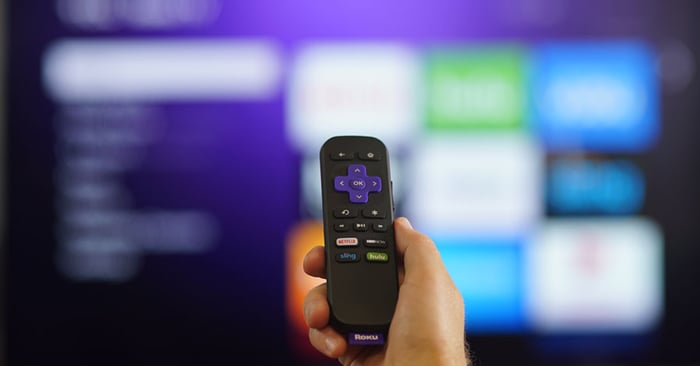 Getting a clear picture

Roku's new program aims to give advertisers a clearer picture of the type of consumer they're advertising to and how effectively those advertisements convert into sales. Using Kroger's sales data could help tremendously.

Kroger stores sold $106 billion worth of groceries and other goods to some 60 million households in 2019. It tracks many customers' purchases through its rewards program and credit or debit card use. Kroger uses that data for advertising in its stores and weekly mailers.

Those data can be used to target advertisements on digital ad platforms like Roku. For example, marketers can target viewers who frequently purchase products in their own product category or a complementary category. That's going to increase the value of the ad impression for those marketers because they know the viewers seeing the ad are more likely to purchase their product.

The second piece of the puzzle is that after a viewer has seen an ad, marketers can see how well it converts into a purchase. This feedback can inform ad creatives and ultimately ensure marketers are getting the most value they can out of their ad placements. That, in turn, increases average prices paid to Roku even further.

Amazon benefits from a closed loop feedback system for its advertisements. Owning the biggest online retailer gives it a huge advantage, especially since its customer data can be easily and directly tied to viewers on Fire TV.

Roku's shopper data program requires a lot more digging through data to accurately align in-store shoppers with at-home viewers, and it might not always find a match. After all, Kroger's footprint doesn't cover the entire country.

Roku already has retail partnerships it can build upon

Kroger is just the first partner in Roku's shopper data program. Investors should expect it to strike more deals. Thankfully, Roku already has partnerships in place with many other retailers, just not for their shopper data.

Roku's retail partnerships currently pertain mostly to getting its products on shelves. It fights hard for premium shelf space for its Roku TV smart TVs, and it can use that as a selling point to manufacturers looking to spur sales through its Roku TV program.

One retailer Roku has historically had an extensive partnership with is Walmart (WMT 2.18%). Not only does it work with the retail giant for shelf space and marketing, but it also previously partnered with the company to feature its Vudu streaming service on its devices, including a dedicated button on its remotes.

Vudu is an ad-supported video streaming service, so Walmart may not have been keen to share its valuable shopper data with other video advertising platforms. But Walmart sold Vudu earlier this year, so that conflict of interest has suddenly disappeared. That could open the door for Walmart to enter the Roku shopper data program on its next round of negotiations with the retailer.

Adding Walmart data would be a huge win for Roku and could put its advertising business on near-equal footing with Amazon's. At the very least, it would add a huge boost to Roku's ad targeting and measurement capabilities, increasing the value of ad impressions on its platform.