The legendary investor is racking up big gains this year, especially with these stocks.

Warren Buffett has returned to his market-beating ways. The Oracle of Omaha experienced a slump last year, with his Berkshire Hathaway (BRK.A 0.05%) (BRK.B 0.13%) shares significantly underperforming compared to the S&P 500 index. It's a different story so far in 2021.

Many of Berkshire's holdings have delivered solid gains over the last nine months. But some are really setting the pace. Here are Buffett's three best-performing stocks so far this year -- and whether or not they're still smart picks to buy. 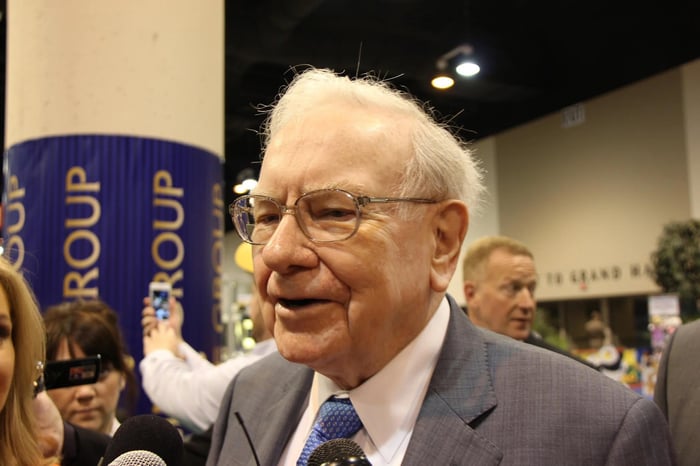 Buffett's biggest winner is a bank stock that nose-dived in 2020. But Wells Fargo (WFC -0.19%) has nearly made up for last year's loss with its shares skyrocketing 56% so far this year.

It certainly helped that Wells Fargo blew past analysts' earnings estimates in the first and second quarters. Investors also no doubt liked that the company doubled its dividend payout in July.

However, not everything has gone Wells Fargo's way. The Office of the Comptroller of the Currency (OCC) announced in September that it would fine the company $250 million for its home lending loss-mitigation program's deficiencies. But there was good news with that bad news: A consent disorder from 2016 related to the bank's past scandals expired.

Buffett has significantly trimmed Berkshire's position in Wells Fargo in recent years. There are no hints that he's ready to pile back into the stock. His reluctance appears to be the right decision. While Wells Fargo is rebounding, its valuation is now a little higher than Buffett's favorite bank stock -- Bank of America.

RH (RH 3.04%) is another red-hot stock in Berkshire's portfolio. Shares of the luxury home furnishings company have soared 46% year to date. This big gain comes on top of RH stock more than doubling in 2020.

Most of RH's sizzle came in March and April. The company topped Wall Street's expectations in Q1. The market also loved RH's Q2 results with revenue and earnings beats. In addition, the company raised its full-year revenue guidance.

RH is one of only a handful of stocks that Buffett is buying these days. Berkshire added 2% to its position in the stock in the second quarter, bringing its stake in RH to $1.2 billion.

The stock might seem pricey with shares trading at nearly 30 times expected earnings. However, the tailwinds at RH's back don't appear to be fading. Although RH might not deliver gains over the next few years as big as those of 2020 and 2021 so far, this stock still should be a winner for investors.

American Express (AXP -0.14%) isn't too far behind RH with its shares jumping 44% so far this year. Unlike RH, though, the financial services giant turned in a dismal performance in 2020 with the stock slipping 3%.

Quarterly updates from American Express have delighted investors this year. The company topped the consensus analysts' earnings estimate by 70% in Q1. It followed up with a 68% positive surprise in Q2.

American Express is one of Buffett's longtime holdings. It's also one of his biggest, ranking third among Berkshire's equity positions. Even better, AmEx stands out as one of the legendary investor's best winners, with the stock delivering a 20X return in less than 30 years.

But is American Express still a great pick? Probably so. The company has always attracted high-net-worth customers. AmEx is also focusing on younger customers that could use its products for decades to come. This is a stock that Buffett will likely hold onto. And it's one that not-so-famous investors might want to consider for inclusion in their portfolios as well.

Why Did Rapper Jack Harlow Get a Shoutout on AmEx's Recent Earnings Call?
363%