He made it home safely, by the way. I saw him hale and healthy just this weekend at the Indianapolis ComicCon. 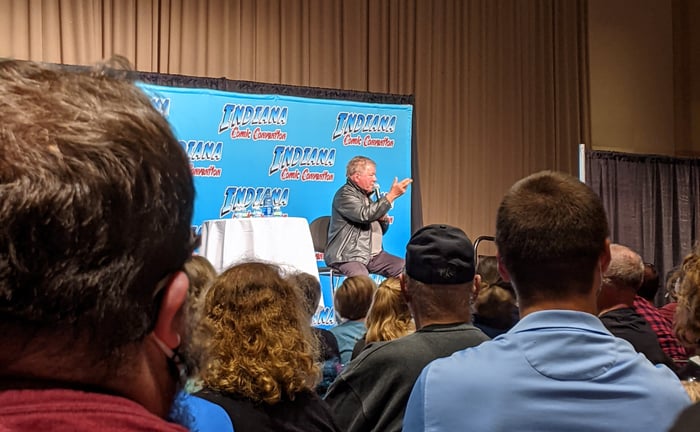 As StreetInsider.com reports today, UBS has just downgraded Virgin Galactic stock to sell and cut its price target on the shares nearly in half, to $15.

Repeated delays in the start-up of Virgin Galactic's own space tourism operations are the reason for the downgrade, the analyst explained. As Blue Origin was preparing to conduct its second successful tourism flight, Virgin Galactic was falling behind: "In early September, what was supposed to be a late Sept powered flight [for Virgin] was delayed to late Oct following a supplier part issue. Late last week, that next powered flight was pushed to 3Q22 with commercial service starting in 4Q22, driving our estimates lower."

Neither Virgin Galactic nor Blue Origin is currently a profitable operation. As such, the value of the companies will for the foreseeable future be driven by PR events such as Blue Origin's Shatner launch last week. But as Blue racks up PR win after PR win, Virgin Galactic's "event path" looks "disjointed," says UBS.

"For the better part of the next year," warns UBS, there is little chance of Virgin Galactic having much good news to announce. The company may be able to report progress on its "Delta class design" -- an improved version of its SpaceShipTwo spacecraft -- in November. In the meantime, however, Blue Origin will be the company making the most progress, selling tickets, launching tourists to space, and collecting revenue from a booming business.

All while Virgin Galactic stays stubbornly stuck down here on Earth.