Barclays waited a long time to recommend Snowflake -- but today is the day.

You can thank Barclays Capital for that. 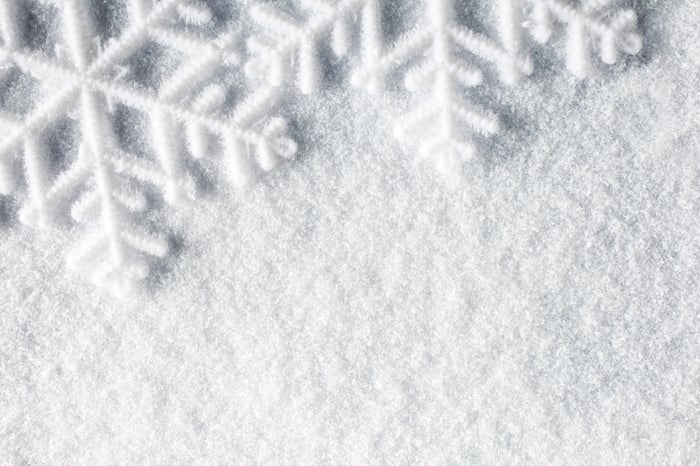 As StreetInsider.com reports, Barclays upgraded Snowflake stock to "overweight" this morning even as it rolled back its price target on the shares to $367.

"Snowflake is a unique asset," argues Barclays, boasting "best-in-class retention rates," and a strong " growth profile, scale, and importance to customers." Up till now, however, Barclays had hesitated to recommend the stock because of its rapid run-up in price post-IPO. (Snowflake, if you recall, is the software stock that more than tripled off its offer price on its first day of trading. By October 2021, the shares had reached $350, or nearly five times their offer price just one year earlier.)

"Thanks" to a recent sell-off in the shares, Snowflake today has shed some of its froth and costs about 10% less than it did back in October. While not a huge discount, however, it apparently is enough to entice Barclays back into the shares.

In making its case for buying Snowflake, Barclays urges investors to look beyond the absolute price of Snowflake and focus rather on its valuation relative to sales, which the analyst says are "near all-time lows." But how low are those "lows," precisely?

Valued on sales, Snowflake stock has a price-to-sales (P/S) ratio of 106.5, which doesn't look particularly cheap even if it is near the stock's historical lows. As for the stock's price-to-earnings  (P/E) ratio, well...Snowflake has no profits, so it has no P/E. Indeed, analysts who have hypothesized on the company's future don't see Snowflake turning profitable by generally accepted accounting principles (GAAP) before 2027 at the earliest.

What Snowflake does have, though, is free cash flow (albeit currently only a meager $27.7 million, which values the stock at 4,105 times free cash flow). It seems to me, if you want to own Snowflake, this is the number you want to focus on. Here's why:

According to analysts, free cash flow is growing briskly at Snowflake. Indeed, scanning through future estimates collected by S&P Global Market Intelligence, it appears analysts see FCF more than doubling this year and again next year...then nearly doubling again in both 2024 and 2025...and finally passing $1.3 billion in 2026. Thus, even before it achieves GAAP profitability, Snowflake will be a strong cash generator. The question is whether that super-fast and long-duration growth is sufficient to justify paying 87.5 times FCF that won't arrive for another five years.

Personally, I think that's a bit aggressive, but it would appear this is the buy thesis that's attracting Barclays and other investors to the stock today.