Buying shares of a hot IPO the day it goes public can feel exciting, but it can also result in paying a much higher price than expected.

Few companies have gone from almost complete anonymity among retail investors to huge buzz like Snowflake (SNOW 7.80%) has over the past couple of months. With the incredible run cloud computing stocks have had this year, interest in Snowflake exploded as investors chased the newest, shiniest investment opportunity in the cloud.

As a result, Snowflake shares rocketed higher when trading commenced at 12:38 p.m. EDT on Sept. 16. Even after Snowflake raised its IPO price twice in the days leading up to going public, moving it up from $75 per share to a final price of $120, its stock still shot up to $245 per share upon hitting the market. That was more than double the per-share price Snowflake got from investors in the IPO. 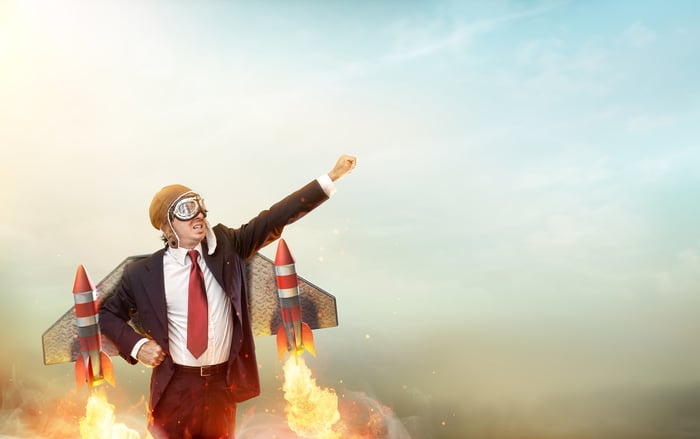 I was one of the investors who bought early, deciding for the first time in my investing career to buy a company right at the IPO. Here's what happened when I made that decision.

The challenge of buying Snowflake early in trading

My plan to buy Snowflake had been in place for some time. The company provides an interesting and important role in the cloud space, helping enterprise customers use data they've warehoused in the cloud no matter which storage platform they use. This is a big differentiator. It has compelling value, as companies can use any -- or even multiple -- cloud storage services and count on Snowflake to help them utilize all that data to improve their businesses.

Based on the IPO price of $120 per share, and the massive interest in the company that had grown in the weeks leading up to the public offering, I expected shares to move sharply higher after trading started, but I was committed to buying that day.

Since I expected shares to move higher, I decided to set up a limit order -- picking a price I was willing to pay -- for 10 shares of Snowflake at $140 per share. This was higher than the IPO price of $120 per share, which already worked out to an incredibly high 60 times trailing sales.

Paying 60 times sales for even a fast-growth cloud stock is an enormous premium. Here's how it compares to some of the more successful recent cloud stocks, including CrowdStrike Holdings (CRWD 5.46%), Datadog (DDOG 2.89%), and Fastly (FSLY 4.14%): 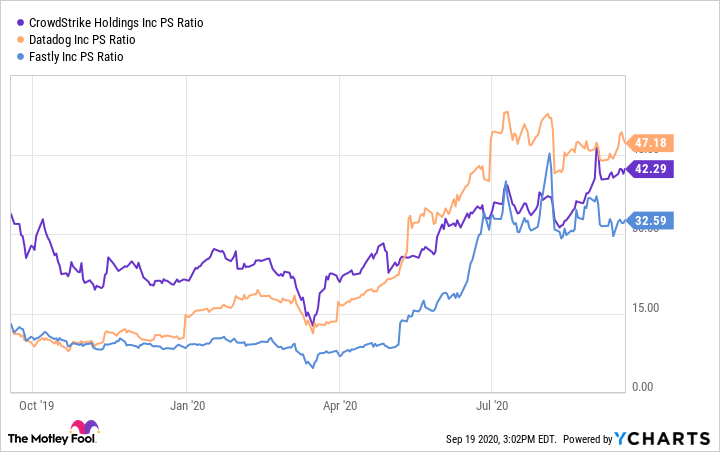 I was willing to pay more than 60 times sales to get some skin in the game on Snowflake.

Welp. Mr. Market had different ideas. Investors rushed through the gate, sending shares up more than double. I quickly realized my $140 limit order wasn't going to get filled, so I canceled it and bit the bullet on a market order.

A few moments after submitting that market order, it was filled at a nosebleed price of $276.22 per share.

The painful side of buying a hot IPO

So why "ouch"? Because at $276 per share, I paid about 150 times sales -- meaning it will take 150 years for Snowflake's trailing-12-month revenues to "buy" the company at that price. It's going to take an immense amount of growth to justify that sort of valuation.

In other words, there's a very strong possibility that my $276 cost basis could mean Snowflake is a losing investment in my portfolio for an extended period of time. As of this writing, shares are trading just above $232 per share, down more than 15% from my purchase price.

Moreover, there are potential catalysts that could further weigh on the stock price in the months ahead. An IPO isn't just a way for a company to raise capital by selling stock to new investors; it's also an opportunity for early investors and employees to reap some of the rewards of taking the risk of investing in or working for it before it went public.

Employees, executives, and large pre-IPO investors typically are subject to "lock-up" agreements that keep them from selling shares for a few months after the IPO. These agreements let the company maximize the debut and prevent the market from getting flooded with shares on the first day of trading. Snowflake's lock-up period for most employees ends in December. There's a good chance that we could see a lot of those folks take full advantage of cashing in on their newfound -- and now liquid -- wealth later this year.

The biggest lesson: Following the business, not the stock

I bought Snowflake because of the company's incredible positioning in what could be the biggest, fastest-growth industry on earth over the next decade. Cloud data grows every day and companies need help making use of it no matter where it's stored; Snowflake is a big answer to those problems. I expect once it gets to critical mass, operating leverage will result in significant recurring profits.

So why pay what works out to a triple-digit sales multiple? As a starting point to get skin in the game. By establishing a starter position -- Snowflake represents about one-third of 1% of my portfolio value -- I'll pay more attention to the company and its competitors, and then act accordingly when I see opportunities to buy at a better price. And by starting small and focusing on the business performance going forward, I didn't risk more capital than I'm willing to lose if Snowflake doesn't turn into the growth monster I think it could be.

I probably paid too much buying Snowflake so quickly after the IPO. But going forward, I'll learn more about the business. If Mr. Market decides to give me the chance to buy more shares at a lower price, I'll be better able to identify those opportunities and act quickly to add to my position. I don't view short-term sell-offs as risk, and I didn't buy Snowflake for what its stock price will do over the next few months. I bought it because I expect it to become a dominant business in the cloud data business over the next decade.