The data-warehouse software stock more than doubled on its first day of trading.

Expectations were high today going into Snowflake's (SNOW 0.50%) initial public offering (IPO). Management had twice increased the price of the offering in the week leading up to its debut.

After initially pricing the stock in a range of $75 to $85 early last week, it was increased to $100 to $110 on Monday in the face of overwhelming demand. Late Tuesday, the price was boosted again to $120, and even that wasn't enough. 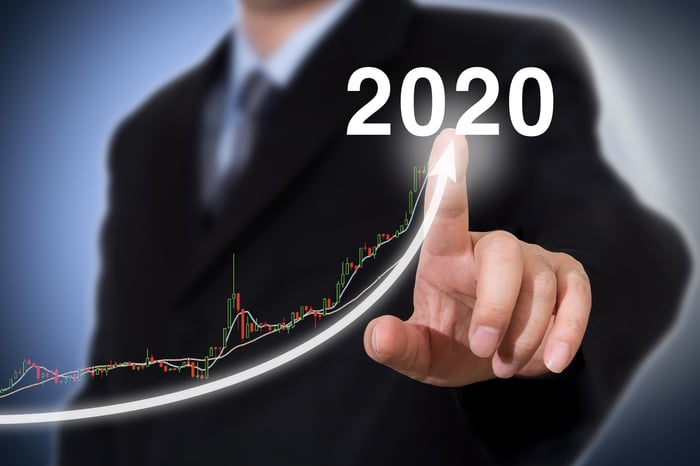 The stock began trading at 12:38 p.m. EDT today, opening at $245, immediately soaring 104%. It traded as high as $319 in the minutes after opening, before the overwhelming demand and massive volatility caused trading to be temporarily halted. At the close, the shares were up 112.9% to $255.

With 28 million shares being offered, and the underwriters' option to purchase an additional 4.2 million shares in the event of significant demand, the company raised as much as $3.864 billion, making it the largest software IPO ever.

That's not all. With more than 277 million shares outstanding, Snowflake is now valued at about $70 billion.

In an unexpected move, Warren Buffett's Berkshire Hathaway (BRK.A -0.70%) (BRK.B -0.64%) agreed to make a $250 million investment in the company using a concurrent private placement in conjunction with its IPO. The move was surprising considering the legendary investor's long track record of avoiding IPOs.

Additionally, Berkshire agreed to purchase another 4,042,043 shares from former Snowflake CEO Bob Muglia in a private, secondary transaction. In all, Buffett spent more than $735 million to acquire 6,125,376 shares of Snowflake today. Not a bad day for the Oracle of Omaha, however, considering the shares are now worth more than $1.5 billion.

salesforce.com (CRM -2.09%) also invested $250 million in Snowflake at its IPO price, more than doubling its money by the end of the day.