We all knew The LEGO Movie was going to fall eventually, and it just so happened to be at the hands of both Liam Neeson and Jesus.

After three straight weekends on top, Time Warner's (NYSE:TWX) toy-centric creation ended in third this time, grossing "just" $21 million over the past three days. That brings The LEGO Movie's global total to $330.4 million, including an impressive $209.3 million from stateside audiences alone.

On one hand, and despite riding almost entirely on the old-school-action shoulders of Neeson, Non-Stop's performance was solid by any measure -- significantly stronger, in fact, than I had expected based on the moderate late-weekend legs of Neeson's last two Taken films. However, with Time Warner's 300: Rise of An Empire launching this Friday, Non-Stop needs to maintain its momentum for Comcast to recoup its $50 million budget.

Son of God will pay dividends for News Corp
On the other hand, News Corp's "story of Jesus" film came in lighter than I surmised, though I had no delusions it would stand up to the record-setting run achieved by 2004's The Passion of the Christ. But despite debuting at a distant second place, Son of God is still an undeniable winner given News Corp's modest $22 million production budget -- a byproduct of the fact it was created by stitching together relevant scenes and extra footage from the producers' epic miniseries The Bible.

And remember, The Bible promptly sold 525,000 DVD, Digital HD, and Blu-ray units in its first seven days on shelves last April, good to make it the highest selling miniseries of all time and the fastest moving launch of TV on DVD over previous five years. It seems reasonable then to assume Son of God will drive similarly massive physical and digital media sales for News Corp a few months from now.

Frozen is still red-hot
But for all the early success of this weekend's top three, The Walt Disney Company's (NYSE:DIS) Frozen served up yet another reminder of just how big it really is. 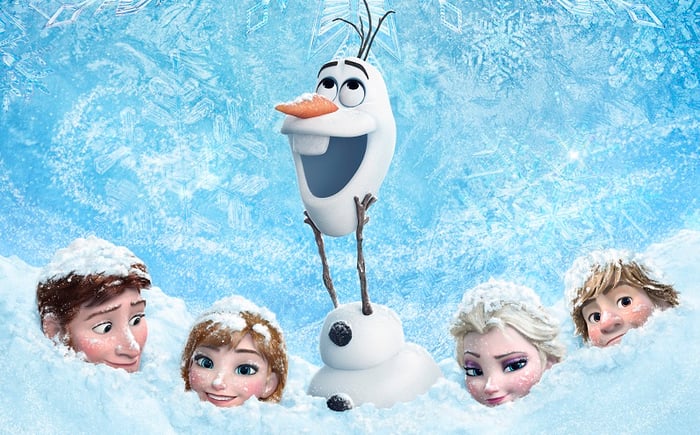 If it wasn't enough knowing Disney's animated blockbuster just won two academy awards -- one for "Best Animated Feature Film" and one for "Best Original Song" -- it also gathered another $3.6 million for eighth place in its 15th weekend.

But that still doesn't sound like much, even if we put aside the fact Frozen entered theaters nearly two months before any other film in this weekend's top 10 (Ride Along just placed tenth in its seventh weekend). However, it was enough to propel Frozen's global box office total over $1 billion yesterday, making it the first Walt Disney Animation Studios effort to do so.

Frozen's worldwide gross is also currently the second highest among all animated films -- unadjusted for inflation, that is -- trailing only the $1.063 billion achieved by Disney Pixar's Toy Story 3. But Toy Story 3 finally exited theaters after a full 24 weeks, which gives Frozen another two months to continue running up the score.