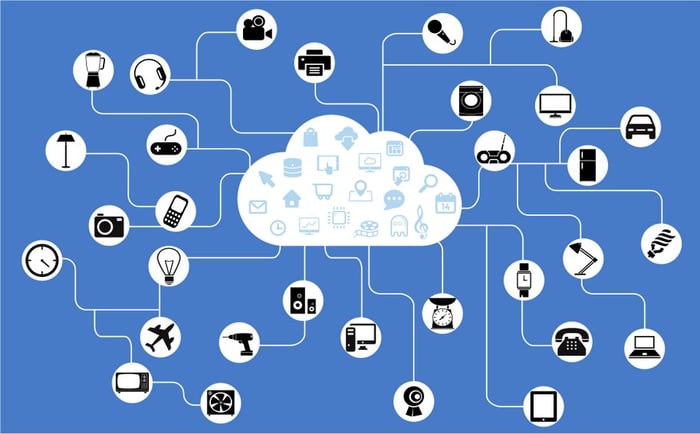 According to ARM, the Mali-470 will be twice as energy efficient as the Mali-400, a popular GPU that already powers "more than a billion" mobile devices. The Mali-470 will be cheaper to produce than the Mali-400 and optimized for screen resolutions up to 640x640 in single-core configurations and higher resolutions for multicore configurations. ARM claims that the Mali-470 is ideal for building "optimized SoCs (system on chips) for power-constrained devices" when paired with its own application processors.

ARM also notes that the Mali-470 uses the same API and driver stack as Android and Android Wear, so there's no need to "reoptimize" existing applications for the new GPU. The company believes that demand for low-power displays in next-gen wearable and IoT devices will fuel strong demand for the Mali-470.

The business of mobile GPUs
To understand what the Mali-470 means for ARM, we should discuss the broader mobile GPU market first. GPU makers generally fall into two categories: vertically integrated with in-house designs or IP buyers that license designs.

AMD, Intel, NVIDIA, and Qualcomm (NASDAQ:QCOM) use their own GPU designs. All of the other companies license GPU designs from one of the four main designers: ARM, Imagination Technologies, DMP, and Vivante. Samsung is the lone exception to this rule -- it uses an in-house GPU design and licenses designs from ARM and Imagination.

Many companies mix and match ARM's application processors with other GPUs. For example, Apple uses ARM-licensed CPUs paired with PowerVR-licensed GPUs in its Ax and Sx series chips. Qualcomm, the largest mobile chipmaker in the world, also pairs its own Adreno GPU with ARM-licensed Snapdragon processors. Qualcomm also bundles Adreno and Snapdragon together in its new reference design for drones.

Therefore, ARM's introduction of a new GPU "optimized" for its own SoCs indicates a strong desire to displace PowerVR, Adreno, and other players as the top choice in mobile GPUs.

Complementing ARM's IoT growth
Mali licenses accounted for 9.5% of ARM's cumulative licenses as of last quarter. Cortex-M licenses, which are used for embedded IoT and wearable SoCs, accounted for 25.7%. That's up from 8.4% for Mali and 22.5% for Cortex-M in the prior year quarter.

This shift reflects the growing demand for more powerful mobile GPUs and SoCs for IoT and wearable devices. ARM's next-gen Cortex-M designs, Teal and Grebe, are designed specifically for connected cars, health monitors, and smart-home devices. In the IoT market, Cisco expects the number of connected devices worldwide to double from 25 billion to 50 billion devices. IDC estimates that 72.1 million wearable devices will be shipped this year, up from 26.4 million shipments last year.

But Mali GPUs and Cortex-M SoCs are only two ways that ARM is expanding into IoT and wearable devices. ARM has its own real-time operating system (RTOS), mBed, for IoT devices powered by its processors. To beef up mBed's security, ARM acquired security firms Offspark and Sansa Security earlier this year. It also partnered with IBM to add cloud-based security solutions and analytics capabilities for processing data from those connected devices.

The key takeaways
ARM claims that Mali designs powered 75% of digital televisions, over 50% of Android tablets, and more than 30% of Android smartphones last year. With the Mali-470, ARM could gain ground in additional IoT and wearable categories as well. That growth will diversify ARM's overall licenses away from cheaper "classic" ARM licenses for lower-end phones, which still accounted for 39% of its cumulative licenses last quarter.