Here's the truth about Social Security -- and why it will still be there for you. 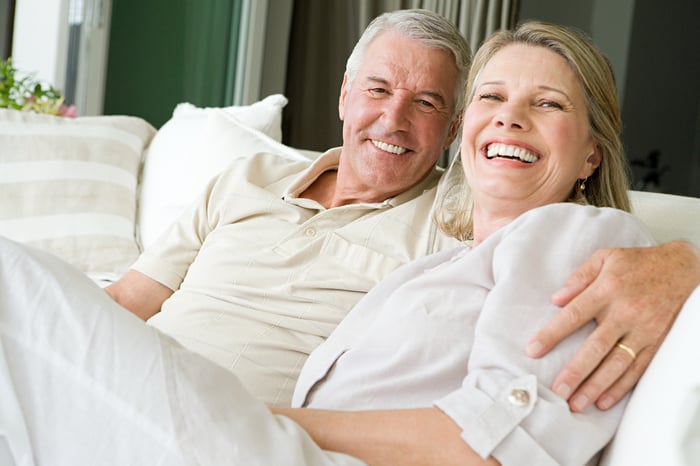 The trust funds are running out of money

But it's not as bad as you may think

Before we deem Social Security DOA, let's put this problem into perspective. First of all, Social Security taxes are not the only money flowing into Social Security. The reserves in the trust fund are invested in Treasury securities, and thus they earn interest.

In total, the overall Social Security trust fund balance is currently $2.8 trillion. What's more, these surpluses are expected to continue through 2021.

What can we do?

There are several ways to fix Social Security, and most proposed solutions fall into one of two main categories: increasing taxes or reducing benefits. American politics being what it is, the solution will most likely be a combination of the two.

There are several proposals for raising Social Security taxes. One popular solution calls for lifting the maximum amount of wage income subject to Social Security tax from the current limit of $128,700 to a level that would include 90% of all earnings (currently around $250,000). According to a study by the National Academy of Social Insurance and Greenwald & Associates, this would take care of 29% of the shortfall. Another option would be to lift the cap entirely, making all income taxable for Social Security, which would have an even bigger effect, though it's not such a popular idea among high-income Americans.

Another solution would be to increase the payroll tax by 1 to 2 percentage points above the current 6.2%. According to the trustees' report, an increase in the payroll tax to 15.02% (that's 7.51% from both employers and employees) would make the system solvent for another 75 years. The NASI-Greenwald study found that raising the Social Security tax to 14.4% would eliminate 52% of the shortfall and would be supported by most people so long as it were phased in over a 20-year period.

Meanwhile, a 16.4% across-the-board benefit cut would have the same effect as raising the payroll tax to 15.02%. Universal benefit cuts are extremely unpopular on both sides of the political aisle, but there are other ways to reduce the amount Social Security is paying out. For example, we could cut benefits only for high-income retirees who aren't as reliant on this income. We could also raise the full retirement age by a year or two. However, these aren't quite as popular as the proposed tax hikes.

The NASI study found that Americans' preferred solution would be a combination of changes that would include:

Such a package would have widespread support across different generations, income levels, and political parties.

Will something be done?

History tells us that Congress will act to bolster Social Security, as this isn't the first time Social Security faced financial trouble. However, I wouldn't be surprised if nothing got done until the trust funds are nearly gone. When Congress finally acts, it's entirely possible that your Social Security taxes will increase and your full retirement age will rise.

Even so, I can say with near certainty that something will be done (even if that "something" is a benefit reduction), and Social Security will be there when you retire.

Will Social Security Last Until I Retire? @themotleyfool #stocks Next Article
Current