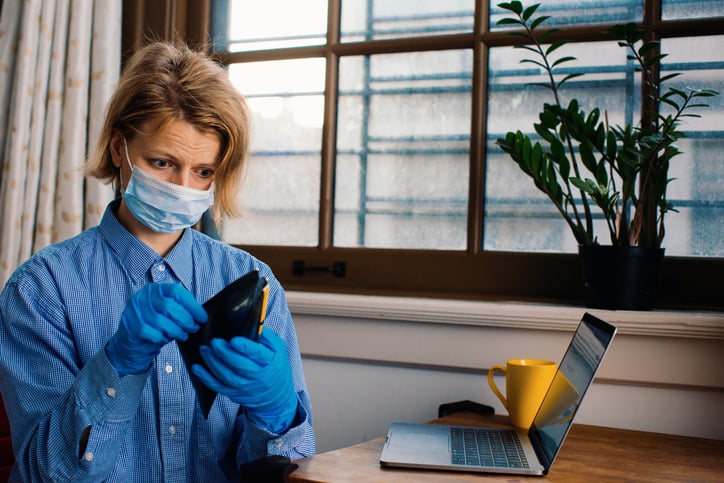 As lawmakers continue to haggle over a relief bill, Democrats insist we need one all-encompassing stimulus package.

If you've been following the news on a second stimulus package, you're no doubt aware that a lot has happened in the past 24 hours. Yesterday, President Trump called for his administration to halt negotiations on a second relief bill -- a deal lawmakers have been going back and forth on since the summer.

But this morning, the president changed his tune, stating that he's prepared to sign individual relief measures in the absence of an overarching bill. Specifically, the president indicated that he's ready to approve another round of $1,200 stimulus checks for the public, an additional round of Paycheck Protection Program funding for small businesses, and $25 billion in airline payroll support.

House Speaker Nancy Pelosi, however, isn't having it. In fact, Democrats aren't interested in piecemeal relief; they want a comprehensive bill that targets key areas like unemployment and state and local aid -- two sticking points that have prevented an agreement thus far. Signing piece-by-piece relief could put Democrats at a severe disadvantage.

Democrats initially called for $3.4 trillion in relief back in May, when they introduced the HEROES Act. But Republicans have made it clear that they're looking to spend a lot less.

Last week, House Democrats passed a slimmed-down aid package with a $2.2 trillion price tag, while the Trump administration came back with a $1.6 trillion proposal. With lawmakers still unable to see eye to eye on the amount of money to spend, piece-by-piece relief may have merit. But Democrats may not want to bite.

Are individual relief measures better for the public?

On the one hand, approving relief measures on an individual basis makes sense. Take stimulus checks, for example. Both Republicans and Democrats agree that the public needs a second round of direct payments, and so agreeing to that one-off measure could get money into Americans' bank accounts sooner. Many Americans have already exhausted the funds they received in the initial stimulus round, and so expediting a second check could spare many from financial ruin.

On the other hand, if Democrats agree to this piecemeal approach, they'll lose leverage with regard to a greater relief package. And that could be detrimental to the public. Democrats are pushing for a $600 weekly boost to unemployment -- the same boost that expired in late July -- to help the jobless, but Republicans are holding firm on a much lower increase. If Democrats want that measure passed, they're more likely to get it if it comes as part of a single, all-inclusive package.

U.S. Treasury Secretary Steven Mnuchin and Nancy Pelosi spoke this morning following the president's call for targeted relief. But so far, there's no indication that lawmakers will be passing individual bills on stimulus payments, an airline bailout, or PPP funding. As such, we'll all need to stay tuned and see whether negotiations continue -- and how fruitful they are.