There's a lot of smoke, but is there any fire here?

Shares of Canadian electric-vehicle maker ElectraMeccanica Vehicles ( SOLO -6.45% ) were trading down on Monday, as investors continued to unload shares after a prominent short-seller called the company's business and valuation into question.

As of 2:30 p.m. EST, ElectraMeccanica's shares were down about 7.8% from Friday's closing price.

ElectraMeccanica's shares, like the stocks of quite a few other companies in the electric-vehicle space, have drawn considerable interest from auto investors hoping to profit from the widespread adoption of electric vehicles in coming years -- and those who are mindful of the huge run-ups we've seen over the last couple of years from companies like Tesla ( TSLA -6.42% ) and NIO ( NIO -11.19% ).

Both Tesla and NIO, however, are considerably more established than ElectraMeccanica, which offers a quirky three-wheeler called the Solo. 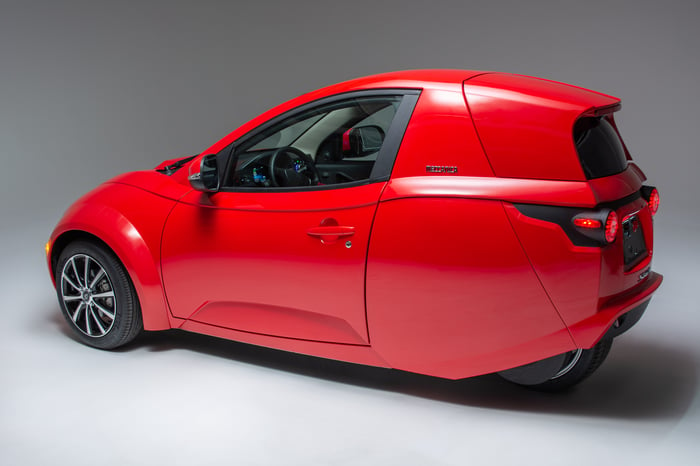 As prominent short-selling firm Citron Research bluntly pointed out on Twitter on Nov. 20, ElectraMeccanica has a tiny research and development budget and so far has only delivered a few vehicles.

$SOLO is a COMPLETE JOKE. tgt $2 Where other EV might be overvalued, this is laughable. Under $6 mil R&D last 12 months and 6 cars delivered in 2 years this stock will be the first to trade back to $2 when frenzy over. Nothing here..company run out of an apartment building.

While it's true that short-sellers have an interest in presenting the companies they short in the worst possible light, it's also true that there doesn't seem to be much fire behind ElectraMeccanica's smoke.

That's why the stock chart over the last week looks like this. 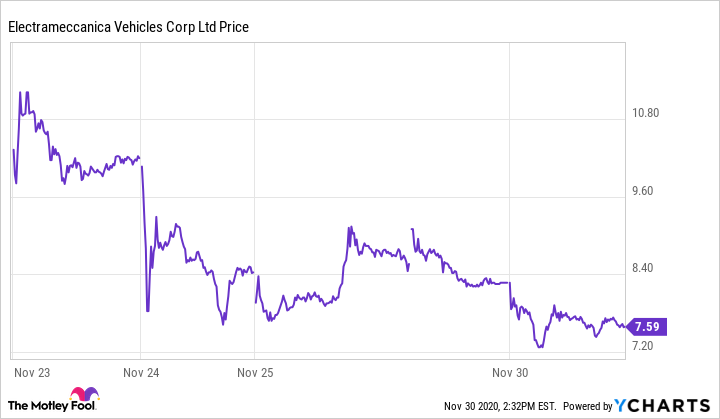 My take is that auto investors are absolutely right to be looking for opportunities among the many upstart electric-vehicle companies that have come to our attention in 2020. I have little doubt that some of these companies will succeed in staking out sizable niches in the global market for electric vehicles that's now emerging.

I do see reasons to doubt, however, that ElectraMeccanica will be among them. Trade carefully.