Please ensure Javascript is enabled for purposes of website accessibility
Log In Help Join The Motley Fool
Free Article Join Over 1 Million Premium Members And Get More In-Depth Stock Guidance and Research
By Keith Noonan - Feb 2, 2021 at 9:42AM

Shares of Electrameccanica Vehicles (SOLO -6.90%) rose 24.2% in January according to data from S&P Global Market Intelligence. The stock gained ground following news that the electric vehicle (EV) company is making moves to expand its retail footprint. 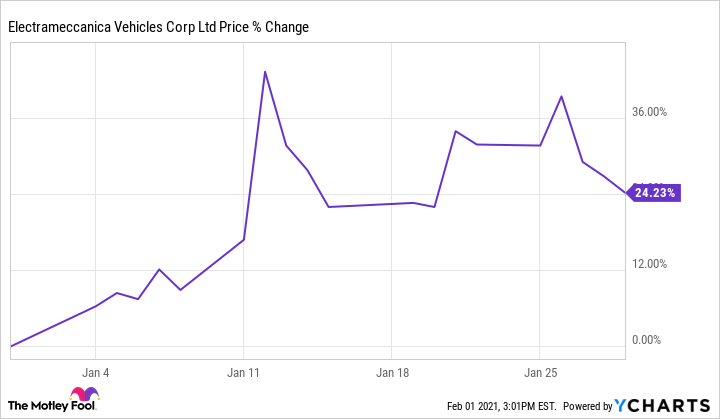 Electrameccanica published a press release on Jan. 15 announcing that it is planning a West Coast retail location expansion. In March the company will open new retail locations in Tucson, Arizona, and Orange County and Corte Madera in California, bringing its location count to 13 and creating new opportunities to expand awareness about its single-occupant electric vehicles. 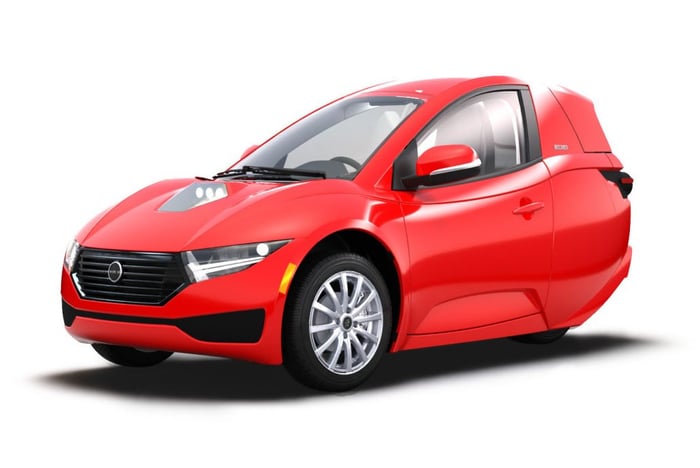 EV stocks have been extraordinarily hot over the last year, and Electrameccanica's focus on single-occupant vehicles is a differentiating factor that is attracting attention. The company's three-wheel SOLO vehicle starts at a suggested retail price of $18,500, presenting a relatively low-cost EV option for the kind of driver who doesn't have to worry about hauling materials or taking the kids to soccer practice.

Electrameccanica's retail expansion is still in its early stages, but it appears to be proceeding at a brisk pace. The stock likely also benefited from overall investor enthusiasm for the EV market last month. Wins for the Democrats in both houses of Congress and President Joe Biden's plan to replace the nation's federal automotive fleet with electric vehicles could create significant catalysts for the industry.

The EV market has huge room for growth over the long term as consumers, enterprises, and governments shift to cleaner alternatives to combustion-engine vehicles. However, many companies in the space now also trade at concerningly growth-dependent valuations.

Electrameccanica has a market capitalization of roughly $600 million and is valued at approximately 40 times this year's expected sales. The company's bet on the single-occupant vehicle market could wind up panning out and delivering huge wins for shareholders, but there's a heavy amount of speculation involved in charting the demand trajectory for its products. Investors should keep in mind that the auto market remains highly competitive even with the surge of EV innovation creating opportunities for smaller players.