Please ensure Javascript is enabled for purposes of website accessibility
Free Article Join Over 1 Million Premium Members And Get More In-Depth Stock Guidance and Research
By Billy Duberstein - Dec 3, 2020 at 9:07AM

Xiaomi is selling stock and convertible bonds in a bid to gobble up market share.

Recent U.S. sanctions against Chinese tech giant Huawei, which has been accused of having close ties with the Chinese military, is creating some interesting ancillary stories and opportunities. Since U.S. sanctions cut off Huawei from leading-edge semiconductors last quarter, its main rivals in smartphones and 5G equipment could seize the opening.

Perhaps no opportunity is greater than the one for rival smartphone manufacturer Xiaomi ( XIACY ). In its recently reported third quarter, Xiaomi's revenue surged 34.5% on the back of a 47.5% incease in smartphone shipments. The third-quarter boon at Huawei's expense catapulted Xiaomi into third place in total global smartphone shipments. Yet Xiaomi clearly isn't satisfied with those numbers, and recently made a move to double down its aggressive attack. 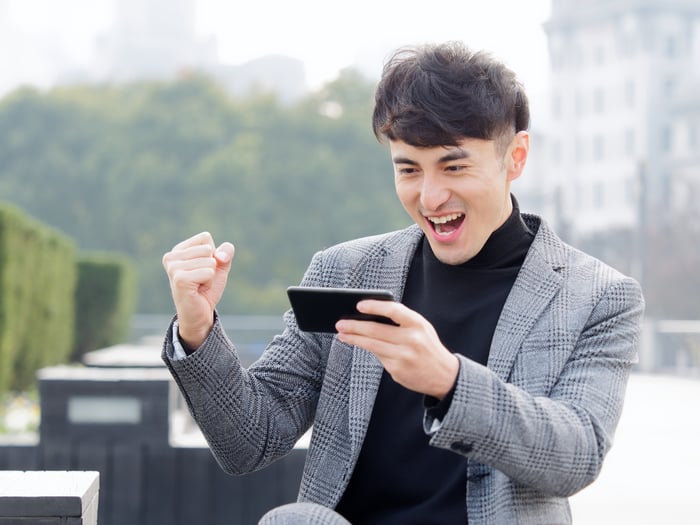 This week, Xiaomi sold $3.1 billion of equity shares along with $855 million of convertible bonds to public investors to bolster its war chest. The equity offering was at 23.70 Hong Kong dollars ($3.06) per share, or about a 10% discount to where Xiaomi's stock was trading in the five days prior. The convertible bonds are zero coupon bonds, due in 2027, and with a conversion price of HK$36.74, roughly 40% above where the stock was trading. The equity issuance will dilute shareholders by about 4.1% and the convertibles by about 0.7%.

That could be somewhat concerning, as the equity route could indicate Xiaomi's management thinks its stock is fairly valued or overvalued. After all, Xiaomi's stock is up a whopping 134.2% on the year. 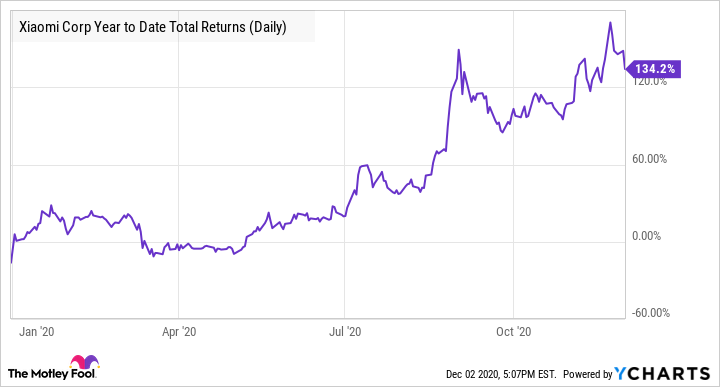 What will Xiaomi use the money for?

In its filing, Xiaomi said it would use the proceeds for "(a) strengthening working capital for business expansion; (b) investments to increase market share in key markets; (c) strategic ecosystem investments, and (d) other general corporate purposes."

That certainly sounds like Xiaomi is going to ramp up phone production, especially its premium phones like the Mi 10 Ultra. That could very well necessitate increased investment in the company's new Beijing smart factory, which was just unveiled in August and is described by management as a "lab that engages in the R&D of new materials, cutting-edge technologies, but also as an experimental base for next-generation manufacturing equipment and automated production lines."

According to management, the smart factory is geared toward premium smartphones, like the transparent version of the Mi 10 Ultra, but it only has annual capacity of 1 million smartphones. 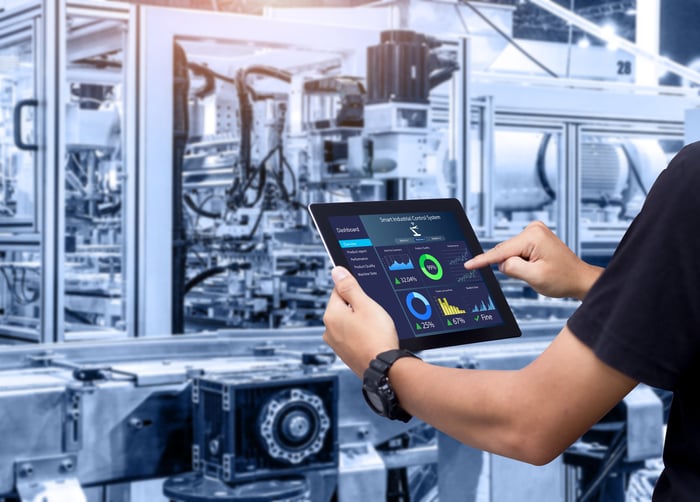 However, Xiaomi has already sold more than 8 million premium smartphone models in the first 10 months of 2020. Therefore, if it wants to bring more of its premium production in-house while also going after Huawei's leading market share in China, it will likely need to quickly ramp up more factory capacity, and that will take lots of cash.

In fact, the $4 billion raise may not even be the last capital raise we see from Xiaomi during this period.

Could this be Xiaomi's time?

Xiaomi is known as a low-cost phone manufacturer. Its stock, while up a lot in 2020, still hasn't rocketed higher in the same way other Chinese internet stocks have during its time as a public company. But if Xiaomi continues to rack up users with its affordable 5G models at Huawei's expense, and achieves greater brand adoption of its large ecosystem of home appliances, IoT devices, and high-margin services products, this seminal 2020 could be just the beginning of better things to come.

Could This Chinese Upstart Be the Next Apple?