Apple reports earnings this week, but this Chinese smartphone company has a similar business model and is posting better growth during the coronavirus pandemic.

As we all know, Apple is one of the most successful companies of all time. Since its initial public offering in 1980, its shares have gone on to appreciate almost 1,000 times over -- and that's not even including dividends, which Apple has been paying since 2012.

While Apple has already grown to extreme heights with a market capitalization of nearly $1.7 trillion, investors may be wondering what company may become the "next" Apple, if there even is such a thing.

One candidate could be brewing over in China. This upstart smartphone maker has just a $50 billion market capitalization, or 1/34th the size of Apple. Yet its business looks remarkably similar to Apple's, and recent results show it's having success, even in difficult times like these. 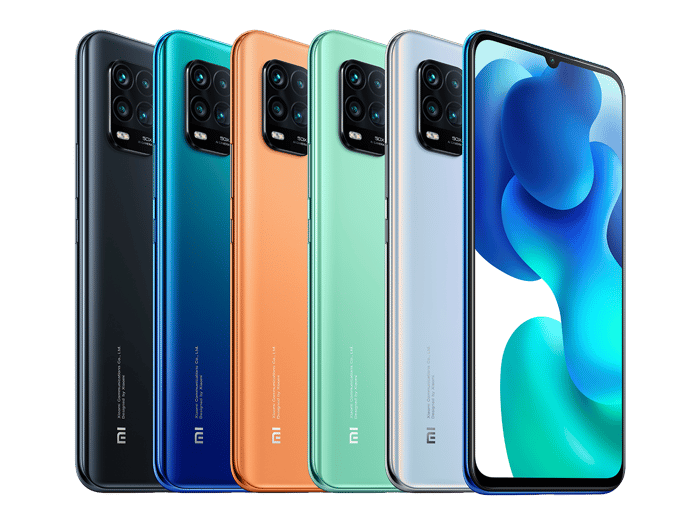 Xiaomi is shaking up smartphone sales in emerging markets

Chinese smartphone-maker Xiaomi (XIACY) was founded in 2010 and went public in 2018. Though technology stocks have done quite well since that time, Xiaomi's stock still sits a bit below its IPO price today, despite a recent rebound. The company's market cap, around $49 billion, is also far below the $100 billion value it initially attempted to get in its IPO.

Yet peering under the hood, Xiaomi's business has actually been performing quite well during that time, and its business model looks remarkably similar to Apple's, albeit with some slight differences.

Like Apple, Xiaomi aims to delight its smartphone customers with a first-class experience, leading to evangelism and loyal users across the globe. Like Apple, Xiaomi has also expanded its brand and attached it to a wide variety of other electronic devices under its internet-of-things (IoT) appliance segment. As Apple rolled out ancillary devices like the iPod, the iPad, Apple Watch, Apple TV, Homepod, and earbuds, Xiaomi has been even more aggressive, attaching its name to home appliances, smart TVs, smart watches, robot vacuum cleaners, internet routers, streaming TV "Mi" boxes, earbuds, electric scooters, and more.

While Xiaomi has a very similar business model to Apple, it's also slightly different in a couple of ways. First and most important, while Apple is a premium smartphone vendor, Xiaomi began its journey as a low-priced vendor. In fact, the company's founder has vowed to cap the company's hardware net margins at 5%.

While that may not be music to shareholders' ears, it could actually be a very smart strategy. That's because a high volume of users will increase Xiaomi's services, which have a very high gross margin, usually in the 60% range, though last quarter, it fell slightly below that due to a lower advertising mix amid COVID-19. That's compared with the company's smartphone gross margin of 8.1% and IoT appliances gross margins of 13.4%.

In a positive sign, services have greatly increased its mix in Xiaomi's overall revenues, growing from just 4.9% of sales in 2015 to an all-time high of 11.9% of sales last quarter.

Despite Xiaomi being less profitable than Apple, it's growing faster and expanding its overall margins, even in the pandemic-fueled first quarter. Xiaomi grew revenue 13.6% last quarter, and gross profits surged 44.9%, as gross margins increased from 11.9% a year ago to 15.2% as internet services grew 38.6%, outpacing the hardware segments.

While China shipments fell as it was the first place where COVID-19 cases broke out, Xiaomi continued to grow impressively overseas, retaining the top market share in India and increasing shipments 79.3% in Western Europe, becoming the No. 1 phone vendor in Spain for the first time. International accounted for half of Xiaomi's revenue for the first time last quarter, showing that its affordable phones aren't just a Chinese phenomenon. Impressively, Xiaomi was one of only two large phone vendors to grow overall shipments in the pandemic-fueled first quarter.

Meanwhile, 5G opens another opportunity. At quarter-end, Xiaomi launched an affordable 5G phone in China, the Mi 10 Lite Zoom Edition, at just 2,099 Chinese renminbi (just under $300), as well as the Mi 10 Lite 5G in international markets for 349 euros (just under $400).

Could Xiaomi become the next Apple?

It remains to be seen if Xioami can become a trillion-dollar company like Apple one day, but shares still look compelling today. Despite Xiaomi growing 13.6% last quarter and Apple's revenues staying basically flat, Xiaomi trades at around 33.5 times trailing earnings, while Apple trades at 30.2 times trailing earnings -- nearly the same valuation, despite Xiaomi's higher growth prospects.

Xiaomi management also apparently feels shares may be undervalued and recently authorized a $4.3 billion share-repurchase program in June, or almost 10% of its current market cap.

Investing in Xiaomi entails some risk as it's a Chinese stock, and U.S.-China tensions may affect its business. However, Xiaomi doesn't have any U.S. operations at this point and appears to be doing just fine in Europe. Therefore, it's hard to see how trade tensions will directly affect Xiaomi. In fact, they could possibly benefit the company, should smartphone competitor Huawei run into trouble.

With a price still below its IPO two years ago and a business model similar to Apple's (only growing faster), Xiaomi belongs on the watchlist of anyone looking for the "next Apple" who's also comfortable investing in Chinese companies.

Xiaomi Goes for the Jugular Against Beleaguered Huawei