GameStop is the biggest story of 2021, but these stocks look like better buys.

If you're feeling the pain of missing out on GameStop stock's incredible rise, don't fixate on it. There are plenty of great investment opportunities out there, and you don't have to expose yourself to the risk that comes with chasing short-squeeze mania that will likely wind up being a short-lived game.

With that in mind, we asked three Motley Fool contributors to highlight a company that has the potential to deliver stellar returns. Read on to see why they identified Glu Mobile (GLUU), Match Group (MTCH), and Applied Materials (AMAT -0.08%) as stocks that are poised to crush the market. 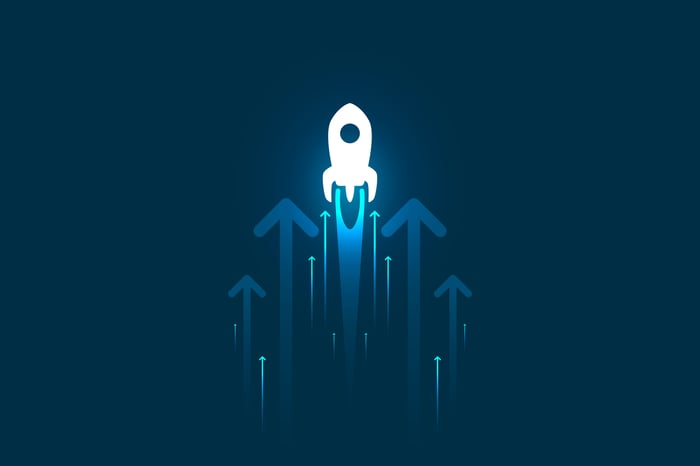 This small-cap stock could be a huge winner

Keith Noonan (Glu Mobile): If you're looking for exposure to the video game industry, or just stocks that have the potential to deliver tremendous performance, Glu Mobile stands out as one of my top picks. The publisher has a market capitalization of roughly $1.6 billion and trades at about 17.5 times this year's expected earnings and 2.6 times expected sales. It looks very cheaply valued in this range, and even moderate future success could be enough to send the stock significantly higher.

Glu has a collection of video game franchises that are primarily aimed at casual video game players. These properties include lifestyle genre entries such as Design Home and Covet Fashion, licensed celebrity game Kim Kardashian: Hollywood, and sports franchise MLB Tap Sports Baseball. While these games are all free to play, Glu makes money by getting players to spend on in-game items and currencies. The game maker also prolongs the life of its titles with regular content updates.

Management expects that simply releasing content updates for its current lineup of games will be enough to drive bookings between 8% and 10% higher this year. That outlook suggests the company is seeing impressive longevity for its core franchises, and Glu also plans to launch four new intellectual properties this year. If even one of these new games goes on to be a hit, expect Glu's valuation to soar.

Even better, a relatively sturdy core lineup and the potential for robust performance from upcoming games aren't the only reasons to like Glu. The company has a strong cash position, and it's looking at acquisitions targets that can accelerate its growth. It's also ahead of the curve with its push to integrate world e-commerce stores into video games. Glu is far from the flashiest name in the gaming industry, but it has multiple avenues to big wins, and the stock continues to be cheaply valued.

Joe Tenebruso (Match Group): People are social creatures, and the coronavirus pandemic has kept us apart for far too long. Fortunately, thanks to promising vaccines from the likes of Moderna, Pfizer, and perhaps Johnson & Johnson, we could soon be nearing the end of the COVID-19 crisis.

All of this bodes well for Match Group. The leading provider of dating apps is likely to see renewed demand for its wide array of relationship-building products, which are available in 40 languages in countries across the globe. Its crown jewel is Tinder, the most downloaded and top-grossing dating app in the world.

Already more than 10 million people subscribe to Match Group's products. This figure has climbed steadily in recent years, fueled by Tinder's torrid growth, and it's likely to rise even higher as the health crisis subsides.

Management expects the company's growth to accelerate in the coming quarters, with revenue rising as much as 19% to $650 million in the fourth quarter. This love-filled growth story appears set to enjoy a post-pandemic boom, which makes now a great time to pick up some shares.

Applied Materials is firing on all cylinders

Jamal Carnette (Applied Materials): Instead of a failing video game retailer, how about you invest in a company helping to move the world into the next generation of technology? The Internet of Things, 5G connectivity, and artificial intelligence all need chips, and Applied Materials provides the critical support and equipment chipmakers need to keep cranking out silicon. Shares might not be up triple digits in 2021 like many of these fad names, but a one-year return of 70% is nothing to scoff at.

Applied Materials shares have continued to rally since the company reported a top- and bottom-line beat for the fourth quarter. The company's larger and more-profitable semiconductor systems division (66% of total sales) increased net sales by 33% year over year, pushing up its heavily watched gross margin to 1.9 percentage points and free cash flow up 58% over the prior year.

Look for Applied to continue outperforming in 2021 as management has been bullish on a host of fronts. First, the company guided for first-quarter revenue at $4.95 billion at the midpoint, significantly higher than consensus estimates. It's possible this is even too light as the fourth quarter was impacted by a government-imposed licensing requirement to a China foundry customer that appears to be on its way to being ironed out. Finally, the company's backlog has set a year-end record, pointing to a significant supply of business in 2021. If you look beyond the fad stocks and focus on the future, you'll see Applied Materials has a runway for growth in 2021 and beyond.