These three companies possess the right attributes that make them great long-term investments.

The best investment returns generally come from holding a great stock over a long period as it continues to post steady growth in earnings and cash flows. It's not easy to remain patient, though, as a myriad of factors may crop up that can cause you to question your original investment thesis. That's why it's important to choose businesses that have a track record of doing well in good times and bad.

In addition to having defensive qualities, a superior investment also possesses catalysts for multi-year growth. Companies that are leaders in their field and either own tough-to-replicate physical assets or a strong competitive edge stand a better chance of posting consistent growth. If you manage to find businesses with these attractive characteristics, you should hold on tightly to their stock.

The three companies discussed below satisfy the above conditions and deserve a buy-and-hold place in any investor's portfolio. 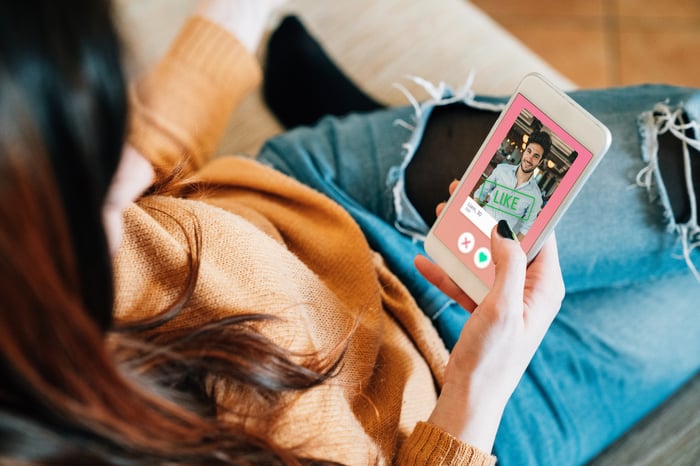 If you are looking for a stock that can latch on to the 5G networks bandwagon, look no further than American Tower (AMT 1.29%). As of Sept. 30, 2020, the real estate investment trust (REIT) is the owner and operator of over 181,000 communication sites. American Tower derives a steady, predictable stream of rental income by leasing these properties to telecommunication companies.

The proliferation of smartphones and tablets has ushered in a new era of internet usage. This trend, along with the outbreak of COVID-19, has pushed many people, especially workers, to shift to digital means of communication. The explosion in data usage translates to higher demand for faster connectivity, pushing telecommunication companies to spend money to upgrade their communication sites. This greatly benefits American Tower. The REIT's leases are long-term in nature and are packed with contractual rent escalations to enable the REIT's rental income to rise at a rate that accounts for inflation. As American Tower increases its portfolio of communication towers, rental income rises in tandem, and that translates to a higher dividend per share.

The REIT has already chalked up an impressive track record for its dividend payouts. From 2012 to 2019, the annual dividend increased by a compound annual growth rate of 22.8%. Early last month, American Tower announced the acquisition of Telxius from Telefonica S.A. for close to $9.4 billion. The acquisition will add around 31,000 communication sites in Europe and South America to the REIT's burgeoning portfolio, thus ensuring continued long-term dividend growth.

With the pandemic pushing more and more people to study or work from home, Netflix (NFLX 5.03%) has offered more and more households a respite while stuck at home. The streaming TV provider added a record 37 million paid memberships in 2020, surpassing the 200-million-member mark worldwide. Home entertainment was already a growing sector before this crisis and that has been further accelerated, with Netflix being a key beneficiary.

The company has continued to ramp up on original content, with over 500 titles in post-production or preparing to launch. What's more, Netflix has also made a bold commitment to release at least one new original film every week in 2021.

Major competitors have been muscling into Netflix's turf, though, attracted by the sharp increase in demand for home entertainment and desiring a piece of the lucrative pie. Despite these moves, investors need not worry as Netflix remains far above the competition and the industry is also large enough to accommodate multiple services at the same time.

The pandemic has caused many to severely limit social interactions and halted physical meetings, intensifying the feeling of isolation for some. Match Group (MTCH) and its portfolio of dating apps are helping to alleviate this pain point by allowing people to connect and communicate with one another. Its most popular dating app, Tinder, remains the No. 1 dating app in the U.S., continuing to outpace upstart rival Bumble.

Earlier this month, Match reached an agreement to acquire Hyperconnect, a South Korean social discovery and video technology company, for $1.725 billion in cash and stock. Hyperconnect operates two main apps, Azar and Hakuna Live, which have garnered 540 million and 23 million downloads, respectively. A good indicator of Hyperconnect's growth potential is that it is profitable and witnessed a 50% year-over-year increase in revenue to exceed $200 million. By merging these two apps into Match's existing portfolio, the company can strengthen its hold on the Asian market and propel its earnings upward in the future.