Please ensure Javascript is enabled for purposes of website accessibility
Log In Help Join The Motley Fool
Free Article Join Over 1 Million Premium Members And Get More In-Depth Stock Guidance and Research
By Keith Speights - May 9, 2021 at 6:04AM

They'll enable you to profit from six unstoppable trends.

I think there are three steps to making a lot of money in the stock market. First, identify significant trends that are practically unstoppable. Second, buy the stocks of well-run companies that are leaders with those trends. Third, give those stocks ample time to deliver big returns (ideally, 10 years or more).

The good news is that you don't have to start out with a huge upfront investment to follow these steps. A few hundred dollars is all you need. Even better news: I'll point out some major trends along with some top stocks that should profit from those trends over the long run. Here are my picks for the three smartest stocks to buy with $500 right now. 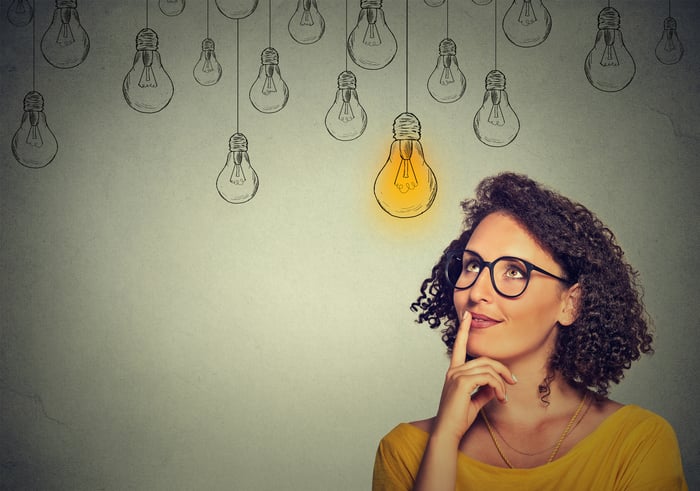 Artificial intelligence. Augmented reality. Cloud computing. Gaming. Those are four of the biggest unstoppable trends today. And there's one stock you can buy for around $250 that will enable you to win from all of those trends -- Microsoft (MSFT -0.26%).

The tech giant is already a key leader in artificial intelligence. Microsoft is about to further establish its AI pedigree with its $19.7 billion acquisition of Nuance Communications. This deal will especially boost Microsoft's AI presence in healthcare.

Microsoft claims the No. 2 spot in the cloud market with a 20% market share, according to Synergy Research Group. The company's cloud business continues to grow briskly. Sales jumped 20% year over year in the first quarter to $13 billion.

Xbox remains immensely popular with gamers. Microsoft's Xbox-related revenue soared 30% in Q1. The company is also a top player in the augmented reality market, recently landing a $21.9 billion contract with the U.S. government to supply AR headsets to the military.

Very few stocks allow you to profit from as many major trends as Microsoft. It's practically a no-brainer pick, in my opinion.

Virtual care stands out as another key trend that should have a tremendous future. Teladoc Health (TDOC -8.87%) is the clear leader in the virtual care market. Its share price is currently in the ballpark of $150 after a big pullback over the last few months.

Don't be too concerned about Teladoc's recent decline. Some investors are skittish with the company's growth rate tapering off. But slowing growth is completely understandable, in my view, after the spectacular surge in telehealth demand last year fueled by the COVID-19 pandemic.

Teladoc is only scratching the surface of its opportunity in the U.S. market. It has nearly as many potential users at current clients than it does members. The company's acquisition of Livongo gives it even more room to grow.

Global consulting firm McKinsey & Company estimates that the U.S. virtual care market could approach $250 billion after the pandemic ends. Teladoc expects to generate around $500 million in revenue this year -- only a tiny fraction of its addressable market.

Increased demand for renewable energy looks like a trend that's as much of a sure thing as they come. There are several attractive renewable energy stocks that you can buy, but I think you won't go wrong with Brookfield Renewable Corporation (BEPC -0.44%). Even after investing in Microsoft and Teladoc, you'd still have enough of your initial $500 to buy a couple of shares of Brookfield Renewable with its share price at around $40.

Just how much of a sure thing is renewable energy? Countries around the world, including the U.S., have committed to significantly reducing their carbon emissions. So have major corporations. But for economies to grow, more energy will be required. The good news is that wind and solar are now the cheapest sources of bulk power generation.

Brookfield Renewable still makes a little over half of its total revenue from hydroelectric power. However, the company has a 27,000-megawatt development pipeline, most of which focuses on wind and solar. This pipeline, by the way, is more than double Brookfield Renewable's current 21,000 megawatts of installed capacity.

Investing $1,000 in These 3 Stocks Would Be a Really Smart Move Right Now