Here's why investing in an S&P 500 index fund could pay off nicely over the long term.

How would you like to own shares of 500 of the biggest companies traded on U.S. stock exchanges in one fell swoop? That's what you get when you invest in the S&P 500 index, which tracks the performance of 500 of the largest stocks weighted by market cap that trade on the Nasdaq and the New York Stock Exchange (NYSE). And, you can profit handsomely from such an investment: The average annual return for the S&P 500 is close to 10% over the long term. 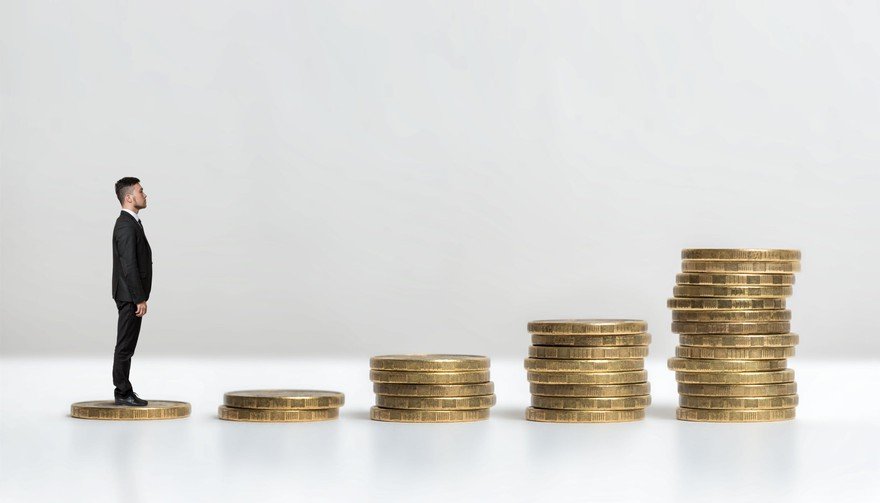 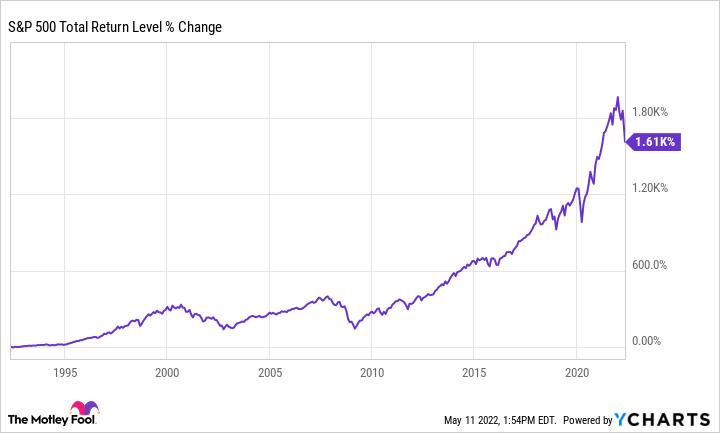 If you had invested $10,000 in the S&P 500 index in 1992 and held on with dividends reinvested, you'd now have more than $170,000. The market volatility in 2022 could cause this return to decline somewhat. However, the index has proven to be a winner over the long term.

However, the S&P 500 index wasn't the first stock market index. That honor belongs to the Dow Jones Transportation index, which was created in 1884. This index was followed 11 years later by the Dow Jones Average, which was renamed the Dow Jones Industrial Average (DJINDICES: ^DJI) in 1896.

There are other indexes that include even more U.S. stocks. For example, the Wilshire 5000 Total Market Index (NASDAQMUTFUND:WFIVX) consists of all stocks traded on major U.S. stock exchanges. It originally included 5,000 stocks but today has around 3,450 stocks.

However, the S&P 500 index is more widely known than the Wilshire 5000. And, although it includes far fewer stocks, it tracks overall U.S. stock market returns quite well (and does so significantly better than the Dow Jones). 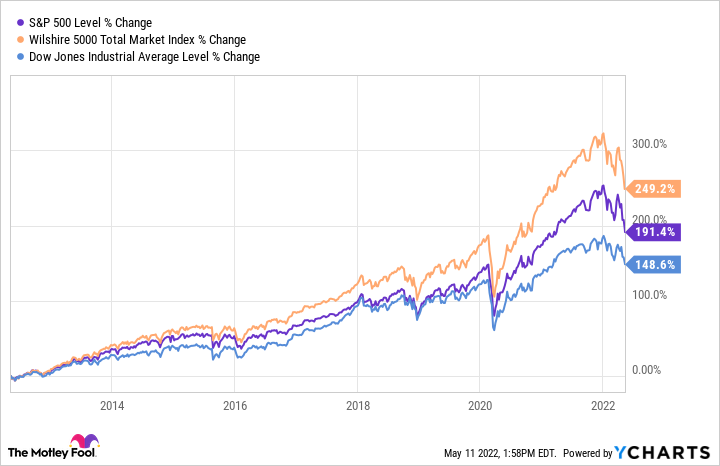 Billionaire investor Warren Buffett has said that an S&P 500 index fund is the best investment most people can make. In fact, he stated that he wants his wife's money invested in such a fund after he's gone. This investment advice might seem a bit surprising since Buffett is well-known for his stock-picking ability.

First of all, he isn't necessarily saying that it's a bad idea to buy individual stocks if and only if you have the time, knowledge, and desire to do it right. However, most investors don't.

Looking to the long term? Get in on these index funds.

Some index funds track the S&P 500. Which ones are the best investments for you?

If you want to keep your investing simple, start with an index fund.

With the S&P 500 Back Into Bear Market Territory, Are We Finally Near the Bottom?