What Does 'Bullish' Mean in Stock Trading?

Bullish investors believe stocks are going up. Learn what bullish means in the stock market and several specific situations where investors might be bullish.

You may have heard an investor or pundit describe themselves as "bullish" on a stock, a sector, or the economy in general, and it left you confused.

Simply put, "bullish" means an investor believes a stock or the overall market will go higher. Conversely, "bearish" is the term used for investors who believe a stock will go down, or underperform. A bullish investor is often referred to as a bull, and a bearish investor as a bear. However, bullish can mean different things -- especially for short-term and long-term traders. 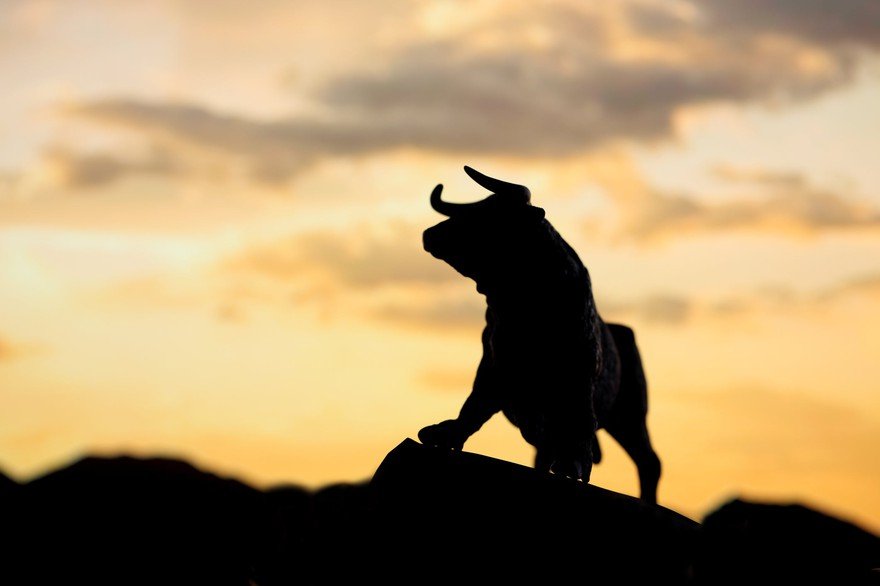 Bullish on the market or economy

Similarly, a bull market refers to times when the overall stock market has a sustained upward trend, generally lasting for several years. The period from March 2009 to March 2020 can be characterized as a bull market.

On the other hand, a bear market is a period of declining stock prices, commonly characterized by a 20% drop from recent highs. Bear markets typically have short durations relative to bull markets. They may be just a few months, or they can last from one or two years. The period from October 2007 to March 2009 was a bear market.

When an investor is bullish on a company for the long term, it means they have a favorable view of the company's future. They may also believe the stock is currently undervalued at its current share price.

The term could also be applied to a sector, industry, or the viability of a technology. For example, someone might say they're bullish on brick-and-mortar retail or autonomous vehicles. An investor who is bullish on an entire industry may invest in several companies that participate in the sector in the hope of finding the eventual market leader.

If a short-term trader is bullish, they believe a stock will go up in the coming days, weeks, or even minutes. This may be based on analyzing stock charts or intraday volume and price action. In these cases, the bullish viewpoint may have nothing to do with the underlying company. For instance, if a trader believes a stock is oversold, they may buy shares in the hope of a quick reversal.

Other short-term traders are bullish because they're betting some near-term event will happen in a favorable manner. For example, a trader may buy a stock the day before its quarterly earnings are released, hoping that the company will beat expectations.

A market needs both bulls and bears in order to function. If everyone was bullish all the time at any price, nobody would sell their holdings.

Bulls are trying to buy securities because they think they'll increase in value. Bears, meanwhile, expect they can find better returns elsewhere, and they want to sell some or all of their holdings.

It's worth noting you can go from bullish to bearish depending on several factors. Most straightforward, a security could change in price to the point where fewer bulls see the potential for outsized gains -- thus becoming increasingly bearish. Likewise, the stock could drop in price to the point where more bears don't think it will continue to drop.

Additionally, changes at a company, federal regulations, or a different macroeconomic outlook could cause a bull to become bearish or vice versa.

The point is you're allowed to change your mind, especially when provided with new information. And, bulls and bears aren't too dissimilar.

If you're just getting started investing, these basics can help guide you.

So which animal is the market emulating, and what does each mean?

How to Read Stock Charts

What is a Hostile Takeover?

What Is Asset Turnover?