An in-depth look at the leading diamond stocks in the U.S stock market this year. Here's what you need to know.

Diamonds epitomize luxury for many people. They're also one of the most durable materials on earth. But if "diamonds are forever," what about diamond stocks -- those companies involved in everything from the mining of gems to their sale? With the global diamond jewelry market worth almost $100 billion per year, stocks involved with the production of these luxury goods are worth a peek for investors. 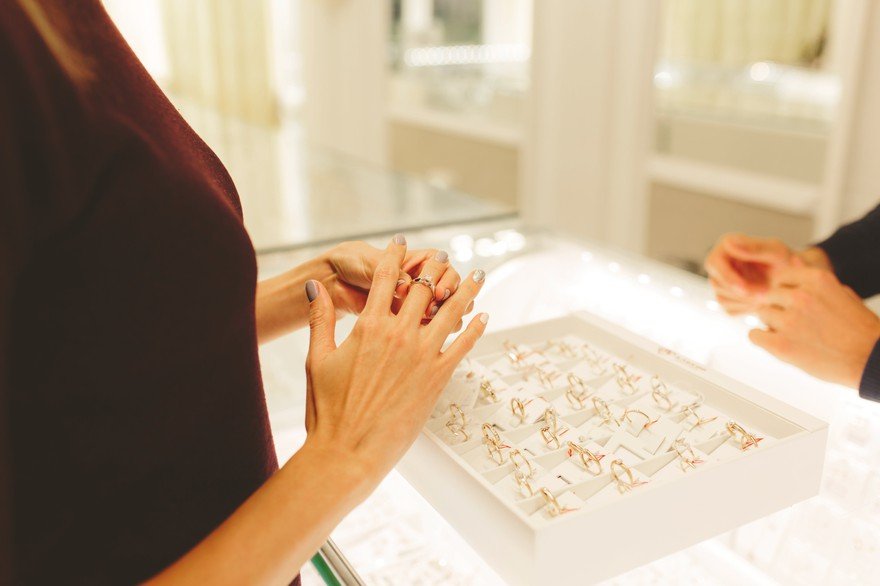 Diamonds have been around for a long time, and the industry is well-established. Investors looking for high growth should probably pass on this segment of the mining sector in favor of other stocks. Additionally, there are plenty of diamond producers that fall into the penny stock category such as Gem Diamonds Limited (OTC:GMDMF) and Petra Diamonds (LON:PDL). Tread lightly with stocks that appear to trade on the cheap.

However, for investors looking for big and well-established companies that offer slow but steady growth, a few names dominate the field and are worth a closer look.

LVMH Moet Hennessy Louis Vuitton is the world's largest luxury conglomerate and the owner of some top names that invoke the essence of high fashion. It's also highly involved in the crafting and retailing of diamonds and jewelry. Brands in the company's portfolio include iconic names such as Bulgari, Chaumet, and TAG Heuer.

To bolster its presence in top-of-the-line jewelry and gemstones, LVMH completed its acquisition of Tiffany early in 2021. Shortly thereafter, LVMH announced the launch of a joint gemstone and raw materials sustainability initiative to help foster positive change in the industry.

LVMH isn't a pure play on diamonds. Along with its brands specializing in jewelry, LVMH stock also provides investors with exposure to high-end apparel and accessories, perfumes and cosmetics, and champagne, wine, and spirits. But if a "house of fashion" stock that includes some of the top diamond businesses in the world is what you're after, LVMH Moet Hennessy Louis Vuitton may be the place to start.

U.K.-based Rio Tinto is one of the largest global raw material producers. The mining giant extracts all sorts of products from the earth such as iron ore, aluminum, and copper. Included in its globe-spanning operation are a couple of top-yielding diamond mines that make Rio Tinto one of the largest diamond producers in the world.

Industrial metals are the primary moneymaker for Rio Tinto, and uses for these materials are growing for manufacturing, technology, and other industries. Demand for Rio Tinto's products are cyclical, though, as is common for many raw material and mining companies. Even so, Rio Tinto is one of the biggest and most stable metals producers out there, making it an ideal fit for investors who want some ancillary exposure to the diamond industry.

These pure-play electronic car companies are the ones to watch as the industry matures.

These companies make items meant to last more than three years, ranging from cars to mattresses.

Clothing is a basic staple. These companies are the industry leaders.

Investing in these companies can help you get a good night's sleep.

U.K.-based Anglo American is another top mining stock and has global operations that produce platinum, copper, nickel, iron ore, and, of course, diamonds. Although metals and ore make up the bulk of Anglo American's sales, this is actually a top way to play the diamond industry. Anglo American owns 85% of diamond company De Beers Group (the company responsible for the slogan, "A diamond is forever"), with the other 15% owned by the government of the Republic of Botswana.

About one-third of the world's supply of rough diamonds is produced by De Beers and its partners. De Beers also cuts and polishes diamonds and has retail assets that sell finished products to consumers. Along with Anglo American's base metal production, this is a mining and diamond investment that pays shareholders a semi-annual dividend, so it's worth a serious look for investors interested in generating income.

Signet Jewelers is one of the largest gemstone jewelry retail operations. Its subsidiaries include Kay, Zales, Jared, and more. The company boasts some 2,800 retail locations, most of which are located in the U.S. Demand for jewelry has soared in the wake of the COVID-19 pandemic, and Signet's sales (and stock price) have jumped as well.

The internet is changing consumer habits, though, and Signet has made some acquisitions to ensure it remains relevant in the digital era. In 2017, it purchased R2Net (parent of JamesAllen.com) to bolster its e-commerce presence, and it acquired jewelry rental start-up Rocksbox and small destination jeweler Diamonds Direct in 2021. There's no telling how long the gemstone sales boom will last, but Signet Jewelers is a top option to consider in this niche of the retail world.

Diamonds and jewelry are not the highest-growth industry, but these precious stones occupy a special place around the globe. Don't expect any hypergrowth from investing in this space, but there are tried-and-true businesses involved in the production of diamond jewelry and accessories that are worth investors' attention.