An in-depth look at the leading alcohol stocks in the stock market this year. Here's what you need to know.

When human civilization dawned, alcohol was discovered not long after. Given its age, the global alcohol industry is hardly a fast-growing investment. However, through good economic times and bad, alcohol stocks enjoy steady rates of consumer consumption.

The alcohol industry, as well as the related beer industry, is dominated by massive conglomerates. This is a market mostly devoid of small, fast-growing publicly traded companies since most small-batch craft producers are privately owned. Nevertheless, for investors seeking stable growth and dividend income over time, alcohol stocks are worth considering. 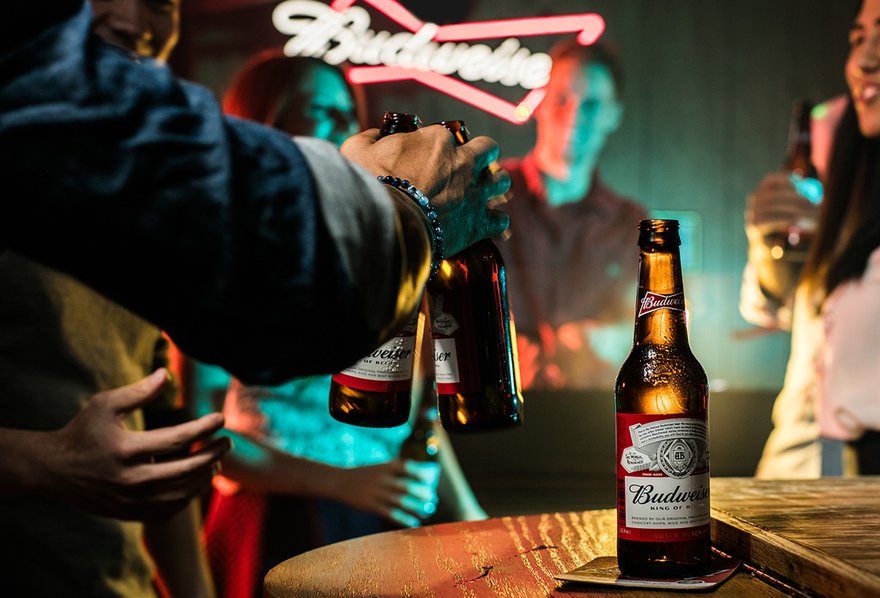 Alcohol is a big business. It overlaps some with the water utility segment of the economy since the alcohol-distilling process consumes a significant amount of local water supplies. But when it comes to slow but steady beverage businesses, alcohol tends to enjoy stable sales even when general consumer spending takes a hit elsewhere. Sometimes, alcohol sales even increase when the economy takes a turn for the worst, as they have during the COVID-19 pandemic.

There is some overlap with the beer-making business, too. For example, Budweiser parent AB InBev (NYSE:BUD), as well as smaller peers Constellation Brands (NYSE:STZ), which makes Corona and Modelo, and Boston Beer Company (NYSE:SAM), which produces Samuel Adams, all own brands that lie outside of their core brewing operations.

However, the following five stocks to consider for 2021 focus more squarely on alcohol production, and they're known for their top-shelf production.

France's LVMH Moët Hennessy Louis Vuitton is the premier name in all things luxury goods. But champagne and other ultra-high-end spirits feature prominently in this diverse portfolio of high fashion. In fact, the company's name says as much. LVMH owns champagne house Moët Chandon, cognac maker Hennessy, and other brands, including Dom Pérignon, Krug, Veuve Clicquot, and more.

LVMH -- whose CEO, Bernard Arnault, is the richest person in the world as of August 2021 -- reported a decline in sales during the pandemic in 2020. Wine and spirits in particular took a 15% hit compared to 2019 sales. The segment is roaring back to life, though, as the economy starts to recover and spending on luxury products normalizes.

This is a long-term growth business since its collection of fashion is highly sought after the world over. However, LVMH also pays a modest dividend to complement the steady expansion of its portfolio of fashion and champagne.

Diageo is the U.K.'s largest alcohol producer. It's also one of the largest businesses in the world almost solely devoted to distilled products. Although it has a beer business -- with Irish brewer Guinness being one of its subsidiaries -- Scotch whisky is the real breadwinner here. Diageo is the parent of Johnnie Walker, Buchanan's, J&B, and Lagavulin. Outside of its ample whisky business, other spirits brands include Smirnoff, Baileys, and Tanqueray.

It's an enviable stable of alcohol names, and Diageo has been able to coax steady growth from its portfolio for years. It's also a highly profitable operation, historically generating an operating profit margin upwards of 30% per year. As a result, this is a top dividend income stock to consider from the alcohol stock universe.

Pernod Ricard is another house of alcohol brands tailored to wide-ranging tastes. The French firm owns Pernod and Ricard, two anise-flavored liqueurs from which the company's name is derived, as well as Absolut, Beefeater, Chivas Regal, Jameson, Kahlua, Malibu, and many other labels.

Much like the other brands on this list, Pernod Ricard isn't the fastest growing business around. Revenue is recovering from a small pullback in 2020 when sales briefly dipped during the start of the pandemic. Nevertheless, Pernod Ricard is nearly back to where it was in 2019 and also has enviable operating profit margins nearing the 30% range.

While Kentucky-based Brown-Forman had its share of difficulties during the start of the pandemic, the leading maker of Tennessee and Kentucky whiskeys has enjoyed an overall increase in sales the past year and a half. This is a top growth story in the alcohol world as bourbon and whiskey have been trending beverages among consumers of all ages in the U.S. and abroad the past few years.

Brown-Forman's whiskey brands include Jack Daniel's, Woodford Reserve, and Old Forester. It also owns a few Scotch whisky and tequila labels, Finlandia vodka, Chambord liqueur, some wineries, and more. It generates operating margins well above 30%, which it uses to reinvest in organic growth and to make the occasional acquisition. It also pays a small dividend for those investors looking for a little income along the way.

Rounding out our list of alcohol stocks is another French company, Rémy Cointreau, best known for its cognacs Louis XIII and Rémy Martin and Cointreau, an orange-flavored liqueur. A number of other distilled products such as gin and rum and a champagne house round out the company's offerings.

Despite a brief sales freeze in the spring of 2020 during the initial wave of lockdowns, Rémy Cointreau reported a slight uptick in sales last year, including its divested joint venture with Passoã liqueur in late 2020. It's enjoying strong growth this year as the economic effects of the pandemic ease. The company is working on fostering growth in its portfolio by elevating its brands' profile as a premium choice.

Here's an in-depth look at the leading wine stocks in the market this year.

A slow but steady industry

Alcohol production is an old business, and the alcohol industry is far from the fastest-growing segment of the stock market. The investible portion of the industry is dominated by a few giants that are slow but steady stalwarts. However, for investors looking to generate some income and enjoy some stable returns over time, alcohol stocks, as well as their beer stock cousins, are worth a look.